Openers put India A on even keel against SA A 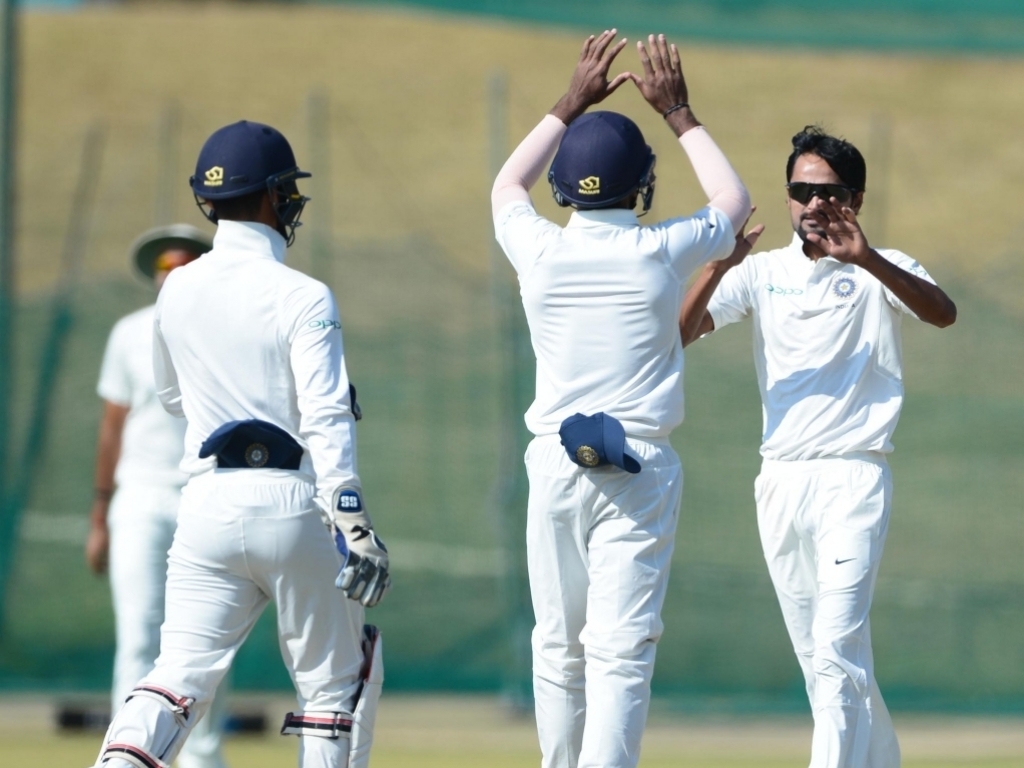 Opening batsmen, Ravikumar Samarth and Sudip Chatterjee shared a 106-run partnership, giving India A a solid foundation in response to the South Africa A teams 322-run, first innings total on day two of the second and last four-day match in Potchefstroom on Sunday.

Samarth and Chatterjee scored 77 and 46 runs respectively, with Shreyas Iyer adding an unbeaten 74-ball 56, leaving the visitors on 181/3 at stumps and the match on an even keel.

Earlier in the day, India’s Shahbaz Nadeem and Navdeep Saini returned respective figures of 4/118 and 3/66 as they bowled the hosts out for 322.

Omphile Ramela played a gutsy innings that saw him bring up his 19th First Class half-century before he was bowled out for 51 by Ankit Rajpoot (1/47).

His overnight batting partner, Andile Phehlukwayo (15) did not get off the mark, losing his wicket in the third over of the day to Saina.

His was the last wicket to fall, having fought hard for his 38 runs (95 balls, four fours).

Day Three sees the match in the balance with both sides determined to have the upper hand at the close.

South Africa are one-nil up in the series after claiming an emphatic, 235-run win in Pretoria last week.