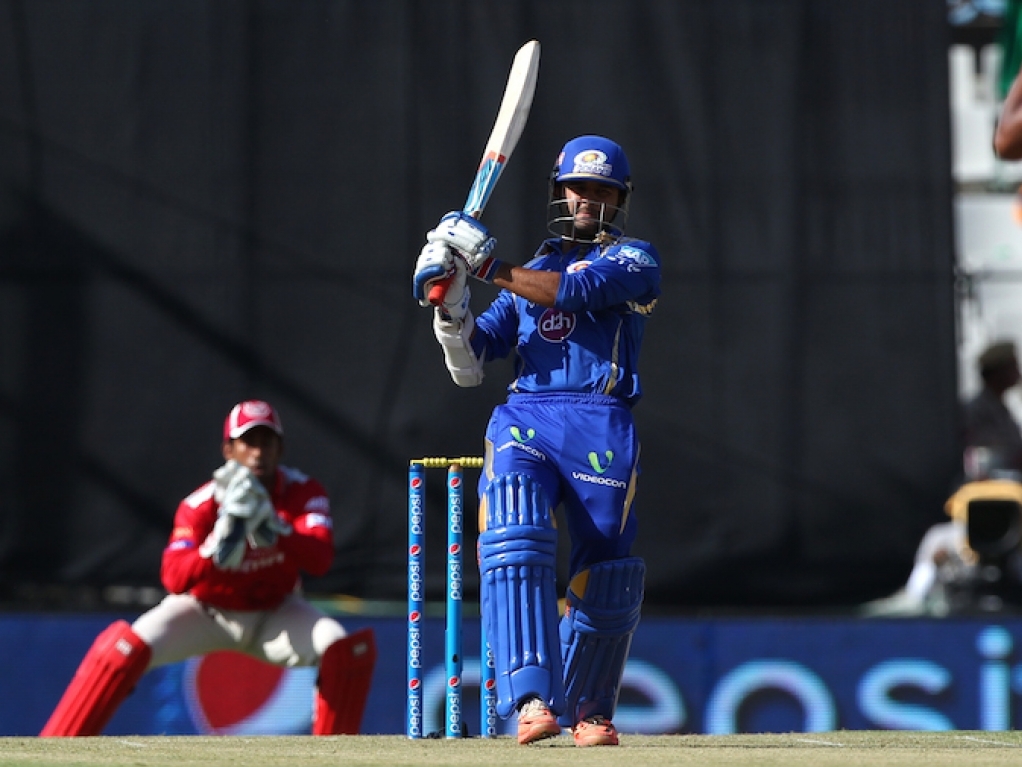 The Mumbai Indians pulled off their third consecutive victory when they comfortably beat the Kings XI Punjab by 23 runs in the IPL on Sunday.

After winning the toss and electing to bat, Mumbai were given a great start by their opening batsmen, Lendl Simmons and Parthiv Patel, who put on 111 for the first wicket in just 12 overs.

Simmons top-scored with 71 while Patel weighed in with 59 from 36 balls as they propelled their team to a score of 172 for three in their 20 overs.

The team from Mumbai lost a bit of momentum when Patel fell in the 13th over, caught on the square-leg boundary off leg-spinner Karanveer Singh, as skipper Rohit Sharma hit 26 from 20 balls as the Kings XI came back well at the back-end of the innings.

West Indian Simmons was out in the last over to Anureet Singh but the damage had already been done as the Kings XI bowlers were out to the sword. Australia's Mitchell Johnson was expensive for the team from Punjab conceding 41 from his four overs.

In the chase the Kings XI were rocked early when they lost Virender Sehwag and Glenn Maxwell within the first six overs, and they never really recovered form those setbacks as they were always behind the asking rate.

David Miller (43) tried to get his team back in the game but in the end his efforts were in vain, as the home side ended on 149 for seven.

Lasith Malinga took two wickets for the visiting side and was pivotal to them defending their total.