Oz frustrated at the Gabba 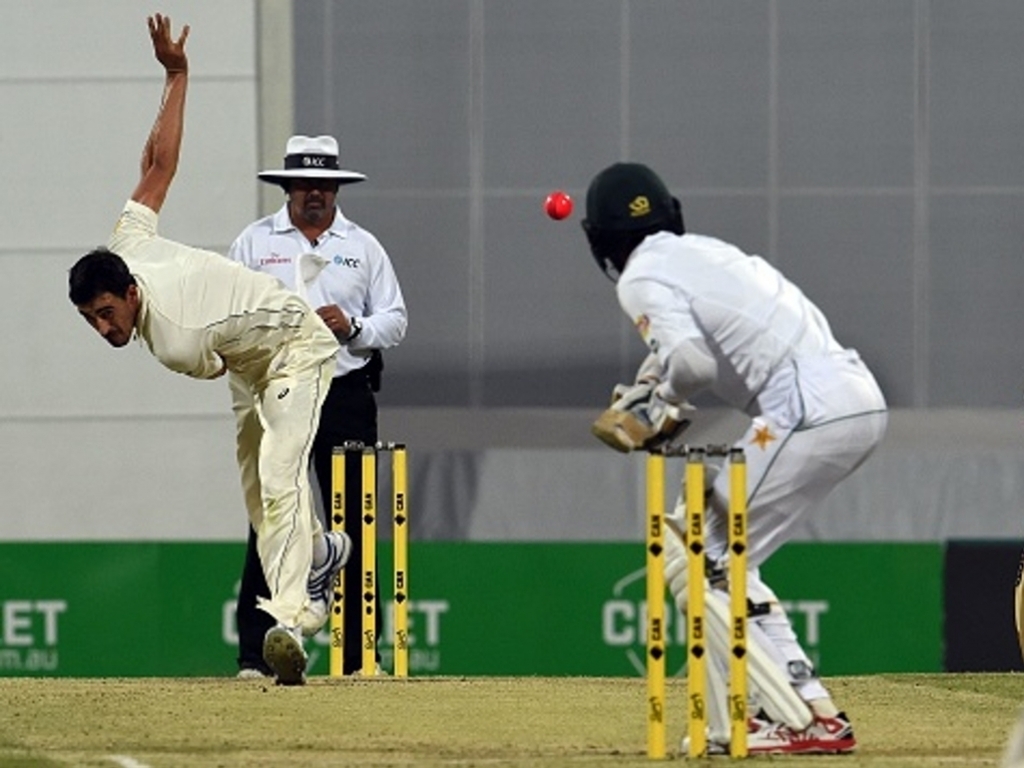 Pakistan fought hard to force Australia into day five of the first Test in Brisbane with the tourists ending the day on 382/8 still needing 108 runs to win.

The visitor’s batsmen showed the kind of steel desperately lacking from their first innings as three men made it passed fifty and Mohammad Amir fell two short of a maiden half ton.

Azhar Ali and Younus Khan held out through the first session taking Pakistan to tea on 131/2 and give them hope of salvaging something from the Test and perhaps even an unlikely win.

Intermittent rain delays seemed to break up Pakistan’s rhythm and Azhar (71) nicked off to Starc between the second and third delays in play.

Misbah-ul-Haq will not be pleased with his dismissal where he surrendered his wicket to Jackson Bird with a poor shot for just 5.

Younus (65) went shortly afterwards in what proved to be a great session for Australia but Pakistan still had plenty of fight in them.

First Asad Shafiq and Sarfraz Ahmed (24) added 47 for the sixth wicket then Amir joined Shafiq and hit 48 runs in stand of 92 for the seventh wicket.

Amir and Starc got a bit chatty out in the middle with the quick firing off some verbal before Amir’s response prompted the Tall paceman to point to his ear.

Amir was eventually undone by Jackson Bird who had him caught behind to bring Wahab Riaz to the crease.

Shafiq went to a hard fought century deep into overtime on a rain hit fourth day.

Wahab (30) and Shafiq (100 not out) nearly took Pakistan to the close surviving all the way to the final over of the day until the former pushed at one from Jackson Bird only to be caught at second slip.

Jackson Bird is currently the pick of the Aussie bowlers with his figures of 3/94.

Cricket Australia announced that entry to the Gabba for tomorrow’s final day will be free.