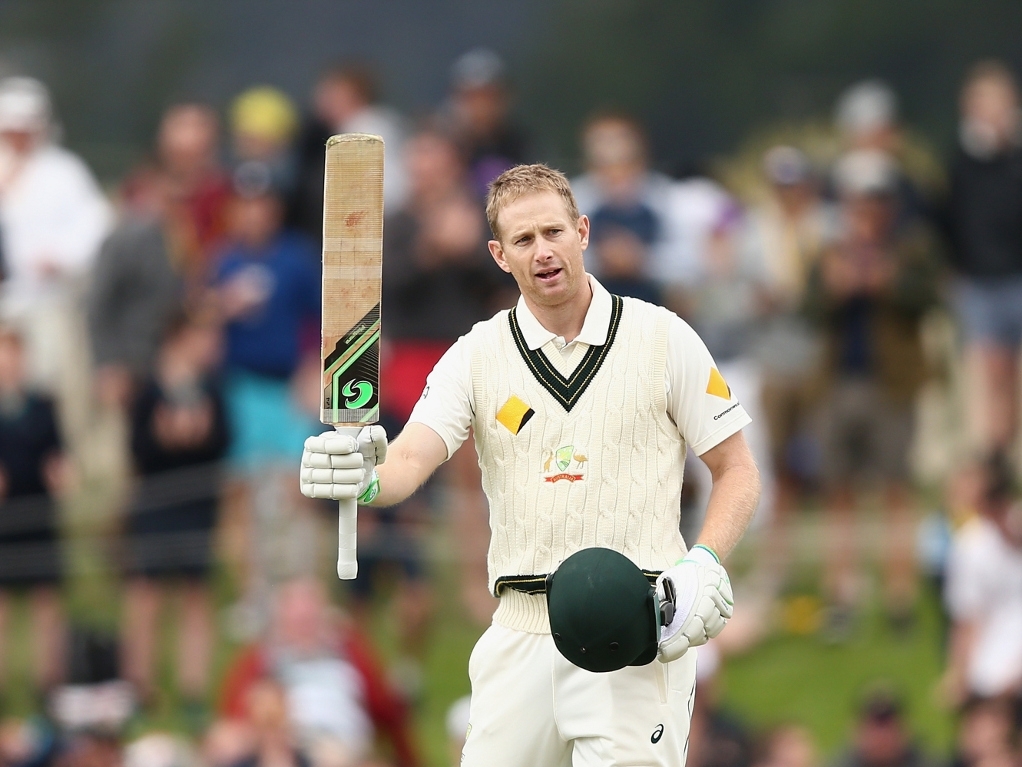 Adam Voges and Shaun Marsh extended their fourth-wicket partnership to a record 449 runs as Australia declared their first innings on 583 for four before reducing the West Indies to 207 for six at stumps on the second day of the first Test in Hobart.

Voges hit an unbeaten 269 while Marsh contributed 182 as the hosts, who resumed the day on 438 for three, amassed a mammoth total before ramming home their advantage by taking six Windies wickets.

The Voges Marsh stand was a record for the fourth wicket in the history of Test cricket, eclipsing the 437 put on by Sri Lanka pair, Mahela Jayawardene and Thilan Samaraweera, against Pakistan in Karachi in 2008-2009.

The 35 year-old Voges' score was also the highest by an Australia Test batsman against teh West Indies, beating the 242 struck by Doug Walters in Sydney in 1968-69.

Marsh was the only wicket to fall in the morning session with Aussie captain Steve Smith deciding to call time on his side's innings during the lunch interval, and the home side quickly made inroads into the tourists' batting line-up after the interval.

Opener Kraigg Brathwaite was trapped lbw by seamer Josh Hazlewood for two while spinner Nathan Lyon had Rajendra Chandrika caught by Smith at slip for 25, they were 58 for two at that stage.

Lyon also got rid of Marlon Samuels (9) and Jermaine Blackwood (0) cheaply before Hazlewood returned to bowl Denesh Ramdin for eight as the Windies found themselves on 89 for five.

Jason Holder (15) and Darren Bravo added 27 for the sixth wicket, but Holder was trapped in front by paceman Peter Siddle to a ball that replays showed was going well over the stumps but the Windies skipper opted against using a review.

Bravo, who batted at number three, was almost fighting a lone battle and found good support from tail-ender Kemar Roach as the pair put on an unbeaten 91 runs to at least show that there is some fight in the Caribbean side.

The left-handed Bravo was unbeaten on 94 while Roach, on 31 not out, will try to continue their resistance on the third day.