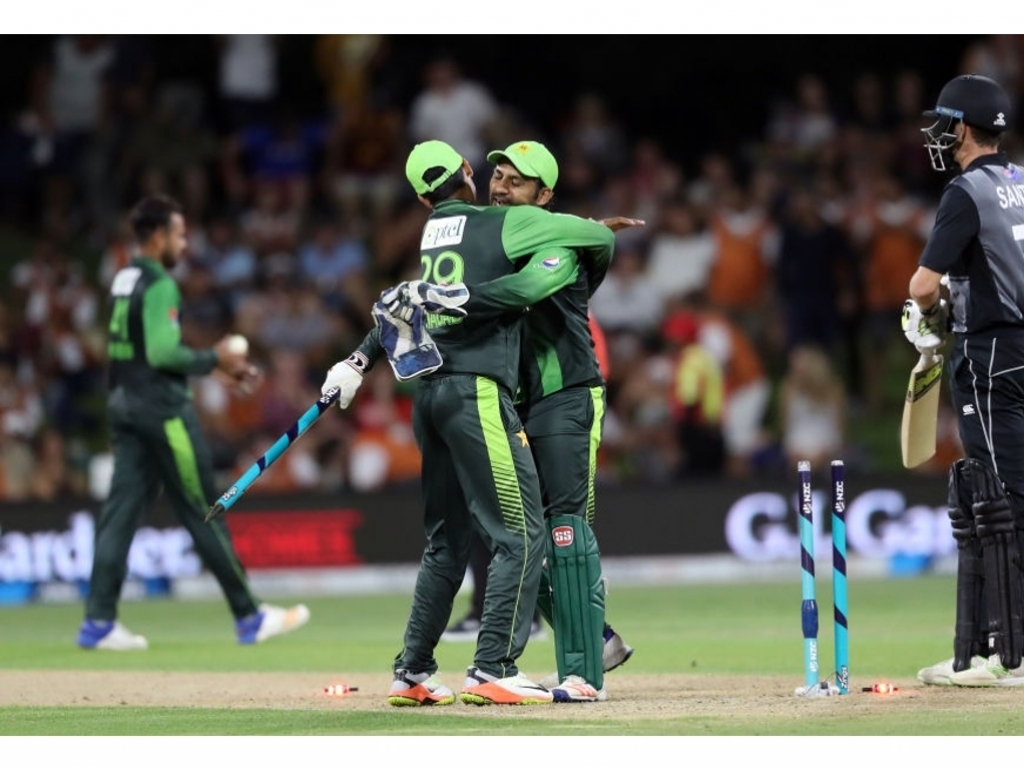 Pakistan were able to salvage something from a difficult tour to New Zealand winning the final T20I by 18 runs to earn a 2-1 series victory.

The tourists won the toss and elected to bat with Fakhar Zaman keeping up the tempo while Ahmed Shehzad (19) and Babar Azam (18) struggled to score.

Fakhar (46) fell just short of his fifty but the skipper Sarfaraz Ahmed (29) and Haris Sohail (20*) were able to guide Pakistan to a competitive total of 181 for 6.

The Black Caps spinners Mitchell Santner (2/24) and Ish Sodhi (2/47) though the latter took some tap.

In Colin Munro’s absence New Zealand’s top order had a less explosive feel to it and even though Martin Guptill hit 59 off 43 balls they struggled to maintain the required rate.

In the last game of the tour Pakistan defeated New Zealand by 18 runs to claim the series by 2-1. Pakistan is back on the top of ICC T20I Rankings after this win #NZvPAK pic.twitter.com/P8asBSgX9i

Shadab Khan put in a man of the match performance with the ball bagging two wickets and conceding just 19 runs in his four overs.

Shadab turned the match decisively in Pakistan’s favour in the 13th over when he removed the two set batsmen at the time Guptill and Anaru Kitchen (16).

The win means that Pakistan return to the number one ranking in T20Is having briefly held the position late last year.