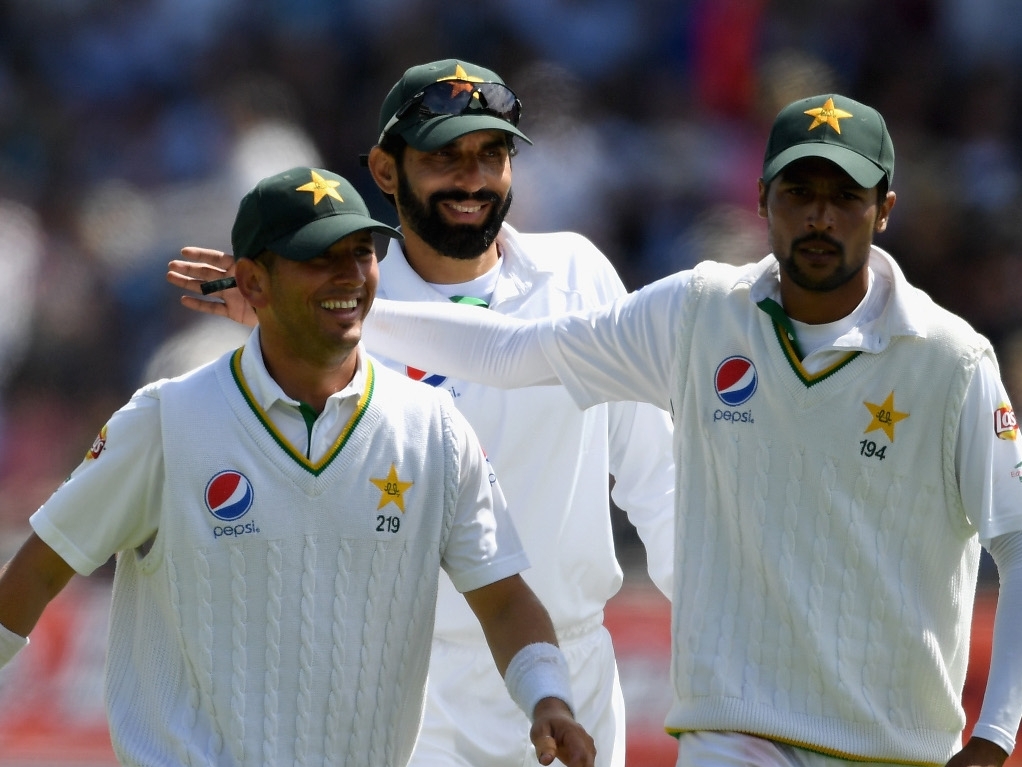 Pakistan have drawn the Test series in England after winning the fourth match at The Oval by 10 wickets, chasing just 40 runs to win, to even things up at two games all.

Jonny Bairstow's 81 and a tail wag from Steve Finn and James Anderson were not enough to negate spinner Yasir Shah's five-fer, and England were all out for 253, leading by jusy 39 runs.

Pakistan made light work of the chase, reaching the target in 13.1 overs to pull the series level. Azhar Ali, who hit a six to win it, made 30 runs, while Sami Aslam added 12.

To add insult to injury, England had to watch as Steve Finn limped off with what looked like a hamstring problem, as he and Chris Woakes were handed the new ball for some reason.

The day began with England staring defeat in the face, as they were four wickets down with only 88 runs on the board, trailing by well over 100 runs. Bairstow was already in the middle, on 14.

Sohail Khan took the first wicket of the day, removing Gary Ballance for 17, yet another failure for the Zimbabwe-born batsman in this series. This brought Moeen Ali to the middle to join Bairstow.

As they had done so many times in the series, they put together a partnership of substance. Though this time they could only make 65 across 15 overs, before Moeen was sent packing to Yasir, caught behind.

Woakes was brilliantly run out by Wahab Riaz a short time later, and the next ball saw Bairtow gone too as he was caught by Azhar Ali at midwicket. This left Finn and Anderson to resist, and they added 32 runs.

The chase started before tea and Pakistan were in no rush, reaching the break on 16 for none. They took the tea break, depsite only 24 more runs being required, but those were quickly reached in six overs after the break.