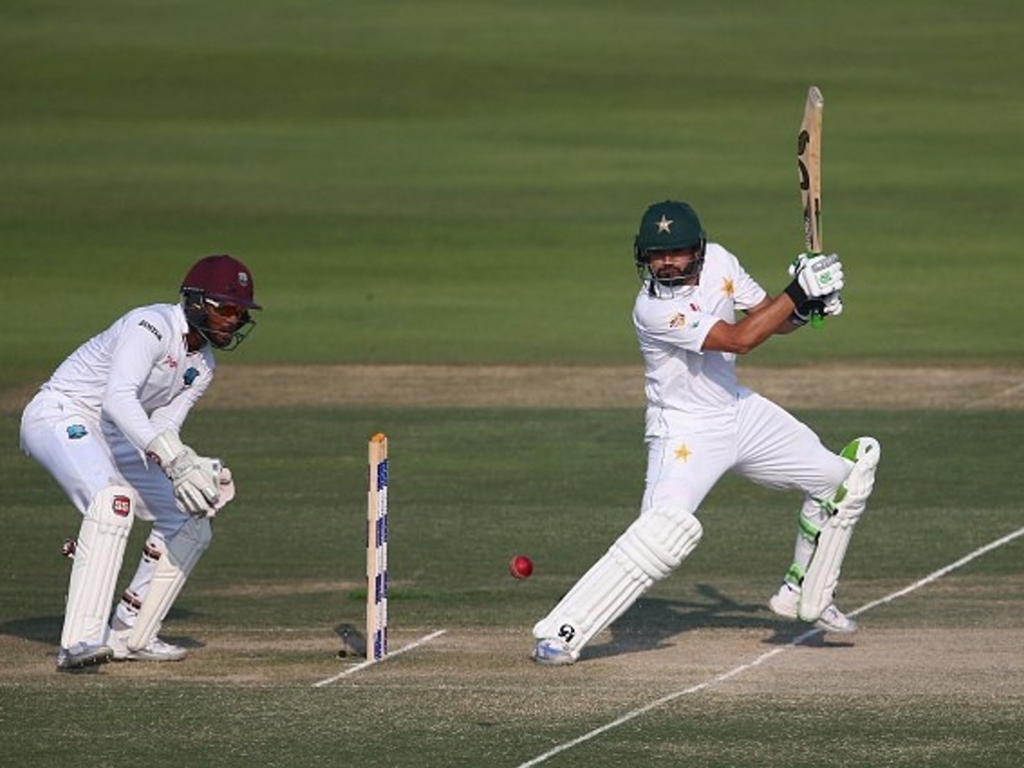 Pakistan moved into a comfortable position by the close of play on day three of the second Test against the West Indies in Abu Dhabi.

Pakistan reached 114/1 by the close a massive 342 runs ahead of the men from the Caribbean after bowling the West Indies out for 224 earlier in the day.

The West Indies managed just 45 runs in a tough morning session. After resuming on 106 for 4 the Windies would take lunch 151 for six having lost Jermaine Blackwood (8) and Devendra Bishoo (20).

Blackwood nicked off to a full one from Rahat Ali first and then Bishoo was castled by a reverse swinging delivery from Sohail Khan.

Pakistan would pick up the remaining four West Indies wickets in the afternoon session with the fall of Shannon Gabriel's wicket bringing the session to a close.

Yasir Shah had a fruitful session picking up the wickets of Roston Chase (22), Shai Hope (11) and Gabriel (13) to finish as the pick of the Pakistan bowlers with figures of 4 for 86.

Jason Holder played well for his unbeaten 31 but he ran out of partners as the Windies fell in a heap again.

Pakistan very nearly got the close unscathed but lost Sami Aslam (50) who was caught by Hope of the bowling of Gabriel a few overs from the close.

The hosts amassed 114 runs for the loss of Aslam in the evening session leaving Azhar Ali (52*) and Asad Shafiq (5*) to resume batting tomorrow.

Pakistan are likely to declare at some point in the first two sessions tomorrow and it will be intriguing to see how they go about batting in the morning.