Pakistan fold at the MCG 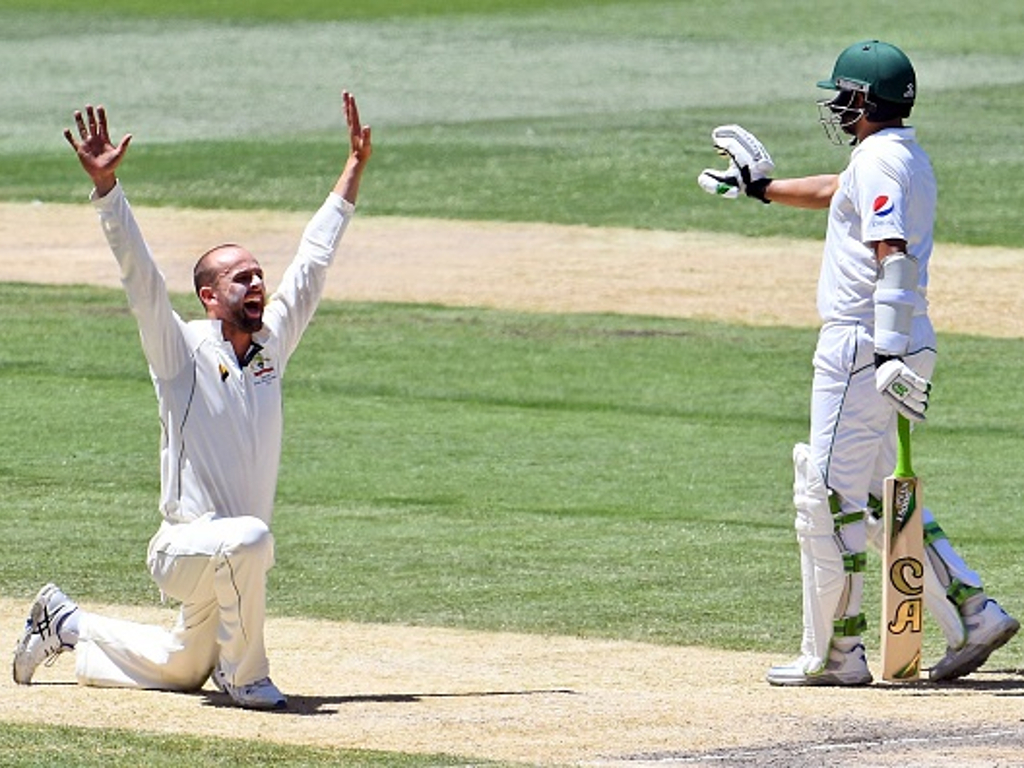 Faced with a determined Aussie outfit Pakistan were unable to hold out on the final day of the second Test and crumbled to 163 all out to lose by an innings and 18 runs.

Australia batted on after resuming this morning on 465/6 with Steve Smith and Mitchell Starc coming out with intent.

Smith and Starc put on 154 runs for the seventh wicket with the latter striking seven sixes in his innings of 84 which is a record for the MCG.

Steve Smith passed 1000 runs in a calendar year for the third year in a row and his unbeaten 165 moved his career average up to 60.63 the fifth highest of all time.

Smith would unselfishly declare despite a double ton being his for the taking just a few overs before lunch having reached 624/8.

The four over before the break were enough for Australia to get a wicket with Sami Aslam chopping on from Josh Hazlewood for 2.

After the break Australia kept up the intensity with Starc trapping Babar Azam leg before for 3 with the first ball after lunch to leave Pakistan 6 for 2.

The next three wickets belonged to the under pressure Nathan Lyon whose return of 3 for 33 will surely seal his place in the XI at the SCG on Monday.

The first of the three whipped out by Lyon was Younus Khan who along with Azhar Ali had resisted for 15 overs and added 57 runs until he pushed an offbreak on a length to Peter Handscomb.

Misbah-ul-Haq’s poor tour continued as he made a duck and played an awful sweep off Lyon straight to Nic Maddinson at short fine leg.

Handscomb needed two bites at the cherry to catch Asad Shafiq for 16, the batsman came down the track but Lyon was wise to it shortening his length and the number six could only squirt it towards short leg.

Azhar Ali’s vigil ended shortly after tea when he was trapped leg before for 43 off 156 balls, his innings suggesting he was one of the few Pakistan batsman who knew what was required of him.

It fell to Sarfraz Ahmed to guide the tail to the close of play and the keeper would give it a good go but ultimately fall short.

First Mohammad Amir went for 11 bowled by Jackson Bird then Sarfraz himself fell to the reverse swing of Starc for 43.

Starc’s venomous bowling would wrap up the Pakistan tail in no time at all as he dismissed Wahab Riaz and Yasir Shah for ducks.

Starc ended with figures of 4 for 36 and Australia won by an innings and 18 runs to give them a 2-0 lead in the three match series.

Australia skipper Smith was named man of the match for his 165 not out.