Pakistan grind ahead on attritional day 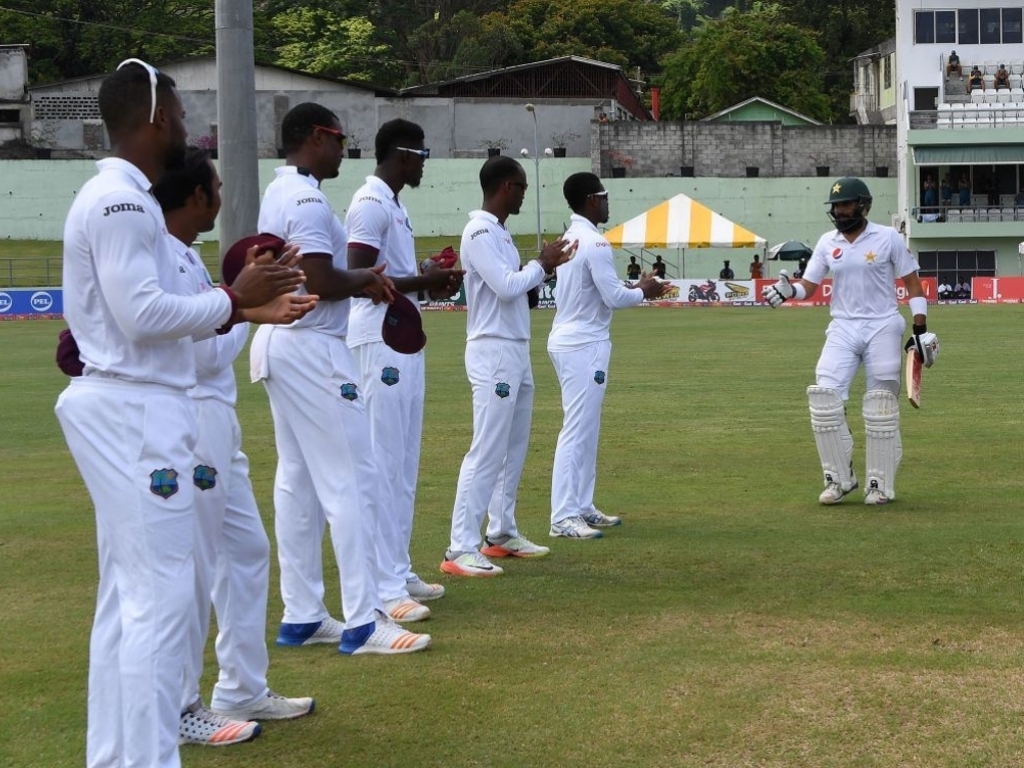 On a pitch that had the nature of those found in the UAE rather than the Caribbean Pakistan inched their way into a position of strength on day two of the third Test against the West Indies.

Pakistan dug in and played determined if somewhat staid cricket and would eventually post 376 all out batting until after tea.

Resuming on 169/2 with Azhar Ali and Younis Khan at the wicket Pakistan moved to 177 before Jason Holder trapped the latter leg before for 18.

Misbah-ul-Haq was welcomed to the field with a guard of honour and he and Azhar would take Pakistan to lunch without further loss and with the score on 227.

The opener went to his fourteenth Test hundred before the meal break and has now scored back to back tons in the longest format.

Azhar (127) lost concentration shortly after the break and was bowled by Roston Chase while trying to sweep.

Chase got the wicket of Asad Shafiq (17) as well and Pakistan began to wobble just a little at 274/5.

Misbah (59) and Sarfraz Ahmed would add 37 for the sixth wicket before the skipper threw his wicket away becoming Chase’s fourth victim of the innings.

Sarfraz made a quickfire 51 off 73 balls as the game suddenly leapt to life for a brief spell while he held the tail together but soon after reaching his fifty the wicketkeeper played a loose stroke to give it all away.

Despite Hasan Ali clobbering two successive fours the innings soon drew to a close with Mohammad Abbas (4) getting himself stumped off the bowling of Devendra Bishoo.

West Indies openers Kieron Powell (9) and Kraigg Brathwaite (5) were able to scrap their way to the close without the loss of any wickets, they will resume on day three on 14/0 trailing by 362 runs.