Pakistan in disarray in Brisbane 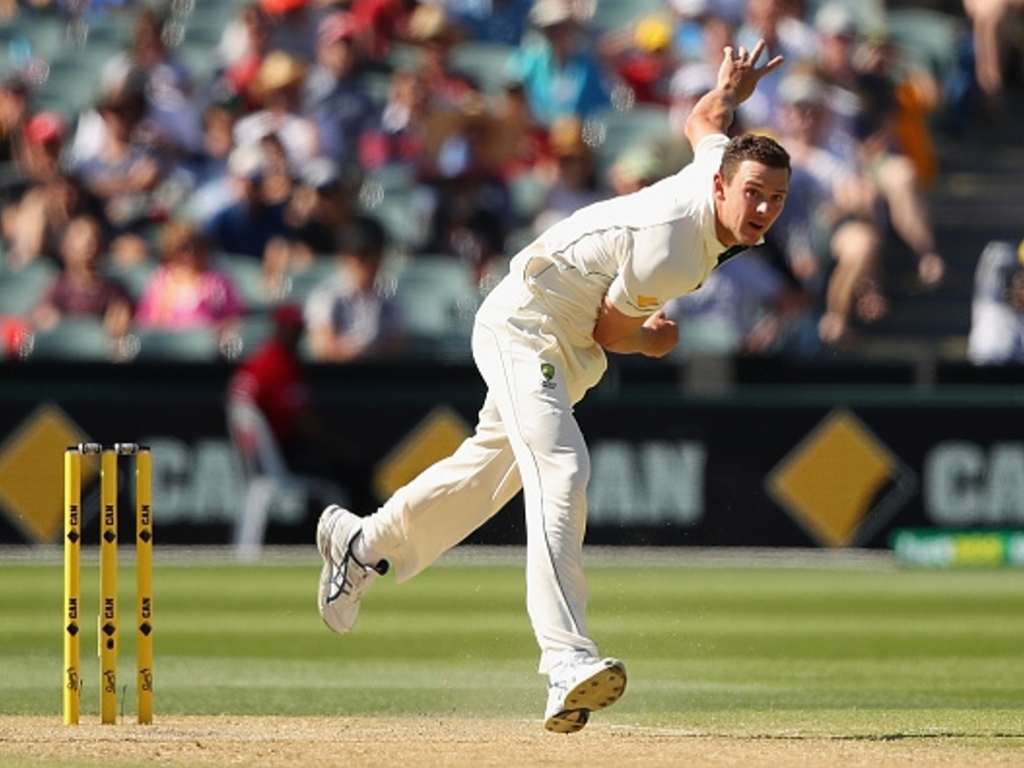 After an excellent effort with the ball to restrict Australia to 429 all out Pakistan slumped to 97/8 by the close of play to leave the hosts firmly in charge.

Pakistan found the cutting edge they were lacking with the ball on day one early on the second day with Australia slipping from 323 for 3 to 429 all out as Mohammad Amir and Wahab Riaz got among the wickets.

Australia lost Steve Smith (130) when he nicked off to Wahab in the tenth over of the day and the collapse was on.

Peter Handscomb would however reach a maiden Test ton before the middle order folded around him.

Nic Maddinson managed just one run having made a duck on debut against South Africa, he had to go when he prodded at one that kicked up outside off from Wahab and was caught behind.

When Handscomb departed for 105 having chopped Wahab on it seemed the innings was over but Jackson Bird (19 not out) and Nathan Lyon put on 49 for the tenth wicket to help Australia to 429 all out.

Wahab finished with figures of 4 for 89 while Amir grabbed 4 for 97.

In response Pakistan were abysmal failing to cope with the pace, bounce and movement from Starc, Hazlewood and Bird.

Of the top six only Sami Aslam (22) and Babar Azam (19) managed to get into double figures.

Wicketkeeper Sarfraz Ahmed tried to rally the tail around him with only limited success his unbeaten 31 off 31 balls was a small bright spot on an awful day for Pakistan as the limped to 97 for 8 at the close with Mohammad Amir out there with him on 8.

Hazlewood ended the day with figures of 3 for 19 from 11 overs.