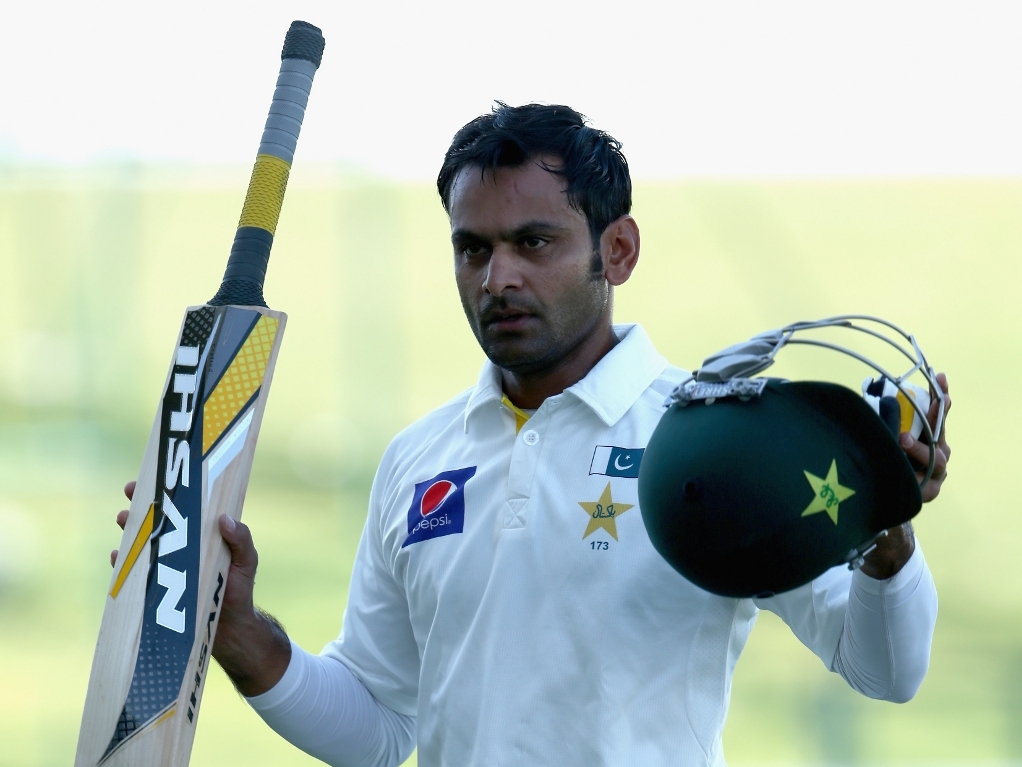 Pakistan needed just two wickets to win the first Test against New Zealand when stumps was declared in Abu Dhabi, as skipper Misbah-ul-Haq opted to come back in the morning rather than take an extra half hour.

The Black Caps were on 173 for eight, still 306 runs behind, having lost all those wickets after Pakistan declared earlier in the day. The hosts declared on 175 for two, after Mohammad Hafeez recorded his century.

After starting the day on 15 for none, Pakistan were in full control at lunch, with Hafeez's unbeaten half century pushing their lead over New Zealand past 400.

Hafeez was on 72 at the first break, while Younis Khan survived an out LBW decision thanks to a quick review and was on 26. They were on 127 for one, with Azhar Ali the only wicket to fall in the morning.

Younis was unable to add much to his score though, as Ish Sodhi finally claimed his wicket, for 28. The spinner had his out decision turned down before lunch, but he got the LBW correctly the second time around.

Hafeez then batted alongside Sarfaz Ahmed towards his ton, and recorded it off 130 balls. When the milestone was reached, Misbah called the batsmen in and left the Kiwis with nearly 60 overs to face in the day.

They started off well enough, with Tom Latham and Brendon McCullum putting on a half century stand. But once Latham fell for 20, and then McCullum a few runs later for 39, the collapse seemed inevitable.

The bowling was a good all-round effort as Yasir Shah, Rahat Ali, and Zulfiqur Babar all took two wickets. Ross Taylor departed for eight, while Jimmy Neesham and BJ Watling were both bagged for ducks.

Tim Southee was the last wicket to fall on the day, for five, and it seemed like Pakistan would end things a day early. But Mark Craig and Ish Sodhi resisted and were both on 27 at the close.