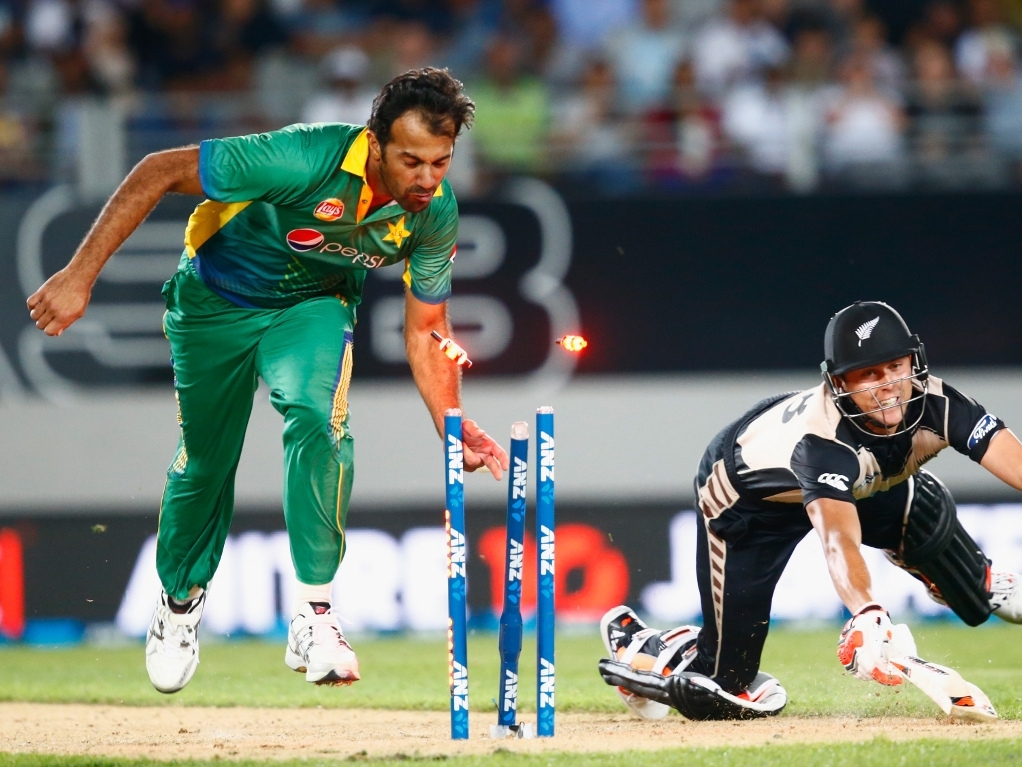 Pakistan put in a solid bowling effort as they beat New Zealand by 16 runs in the first of three T20 internationals at Eden Park in Auckland on Friday.

The Black Caps, chasing a target of 172 for a series lead, were 155 all out after 20 overs with only their captain Kane Williamson (70) and Colin Munro (56) putting on a decent showing with the willow.

The duo combined to add 80 for the second wicket but the innings fell apart once Munro was bowled by left-arm seamer Wahab Riaz for 56 from 26 balls.

Still at 89 for two at the halfway mark, the hosts would still have been favourites to pull off the win, especially as they have been in great form at home recently.

However, Pakistan have a well rounded bowling attack and everyone contributed as the Kiwis collapsed under the pressure of the chase.

Pakistan seamer Mohammad Amir, who was playing his first international game in more than five years because of a spot-fixing ban, had figures of one for 31 in four overs.

Pakistan's total of 171 for eight was built around a half century from opening batsman Mohammad Hafeez, who scored 61 off 47 balls including eight fours and two sixes.

The rest of the batting line up chipped in with cameo, but not big, performances as the Asian side ultimately posted a winning score on the board.

The second T20 takes place in amilton on Sunday.