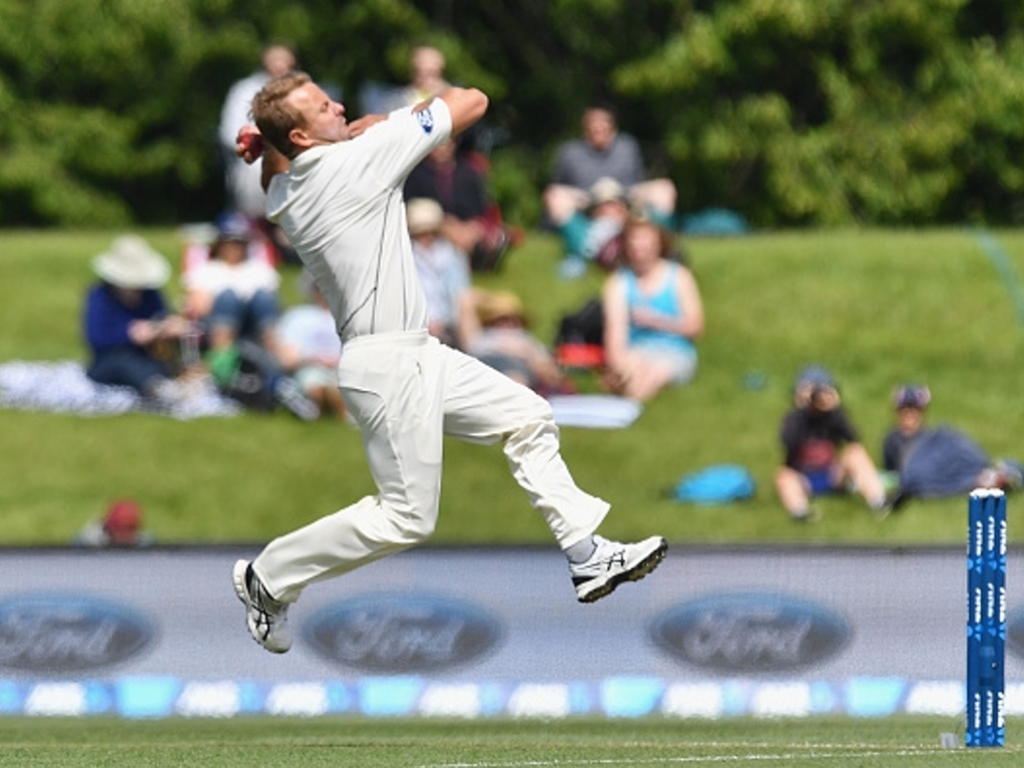 Pakistan lost just one wicket in two sessions before collapsing in the final session of the day to hand New Zealand a 138 run win in Hamilton.

The Black Caps bowled Pakistan out for 230 runs to complete a 2-0 series win having won the first match of the series in Christchurch.

Azhar Ali and Sami Aslam applied themselves to the task of saving the Test putting on 131 runs for the first wicket in 60 overs.

Azhar (58 off 253 balls) would eventually fall to spin bowler Mitchell Santner who tossed a tempting delivery up which the opener couldn’t resist but the stand in skipper could only play on.

Babar Azam joined Sami but couldn’t show the same application as his skipper lasting just 30 bals for his sixty before falling in the same fashion as Azhar, coverdriving Santner onto his own stumps.

When Sami (91 off 303 balls) lost his wicket the Pakistan resistance crumbled, he would hole out to Tim Southee, flat-batting one to mid-on.

Sarfraz Ahmed (19) managed to run himself out trying for a second run in what will go down as one of the more disappointing dismissals.

Asad Shafiq made a twenty ball duck, getting a leading edge to give Matt Henry his first wicket in the match.

Pakistan’s hope of saving the game was fading fast when Younus Khan was trapped leg before by Southee for 11.

Sohail Khan was deceived by Colin de Grandhomme and could only spoon the ball to extra cover, he had to go for 8.

Neil Wagner wrapped up the tail efficiently, getting Pakistan’s fast bowling trio of Mohammad Amir, Wahab Riaz and Imran Khan for ducks to seal the match and series win.