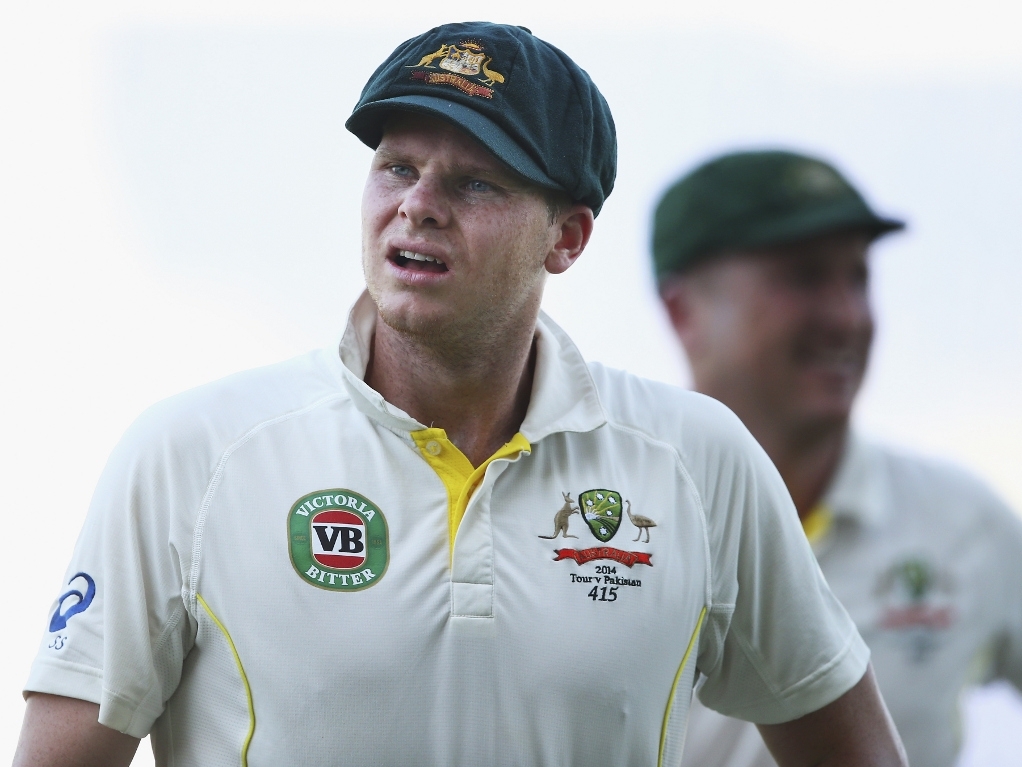 Pakistan won a Test series against Australia for the first time in 20 years on Monday, as they recorded a 356-run win in the second Test to whitewash the Aussies with a two-nil victory.

It was a convincing win for the hosts in Abu Dhabi, after skipper Misbha-ul-Haq's record-equaling century the day before put all eyes on the game. They wrapped things up just after lunch, needing six wickets on day five.

The Aussies began the day on 143 for four, chasing an impossible 603 to win. But more importantly, they had to see out the day for a draw, with Steve Smith and Mitchell Marsh at the crease, already well set.

The pair did well initially, with Smith reaching his half century quickly and then advancing towards a century. Marsh was not able to add to the half ton he made in the first digs, out to Mohammad Hafeez for 47.

This left Brad Haddin, with his injured shoulder, to bat with Smith until lunch. They reached the break with just the one wicket down, and Smith on 97. They would have been allowing a glimmer of hope…

But that was swiftly extinguished after the interval, as they lost their last five wickets for just eight runs. Smith was removed by Yasir Shah without adding to his 97, and Mitchell Johnson soon followed for a duck.

In between those, Brad Haddin was out to Zulfiqur Babar, who took five wickets, and all three fell with the score on 238. Mitchell Starc was soon added to the tally, out to Shah for two.

Nathan Lyon was the final wicket to fall, caught by Azhar Ali off Babar for a duck, as Michael Clarke watched from the sidelines in disbelief.