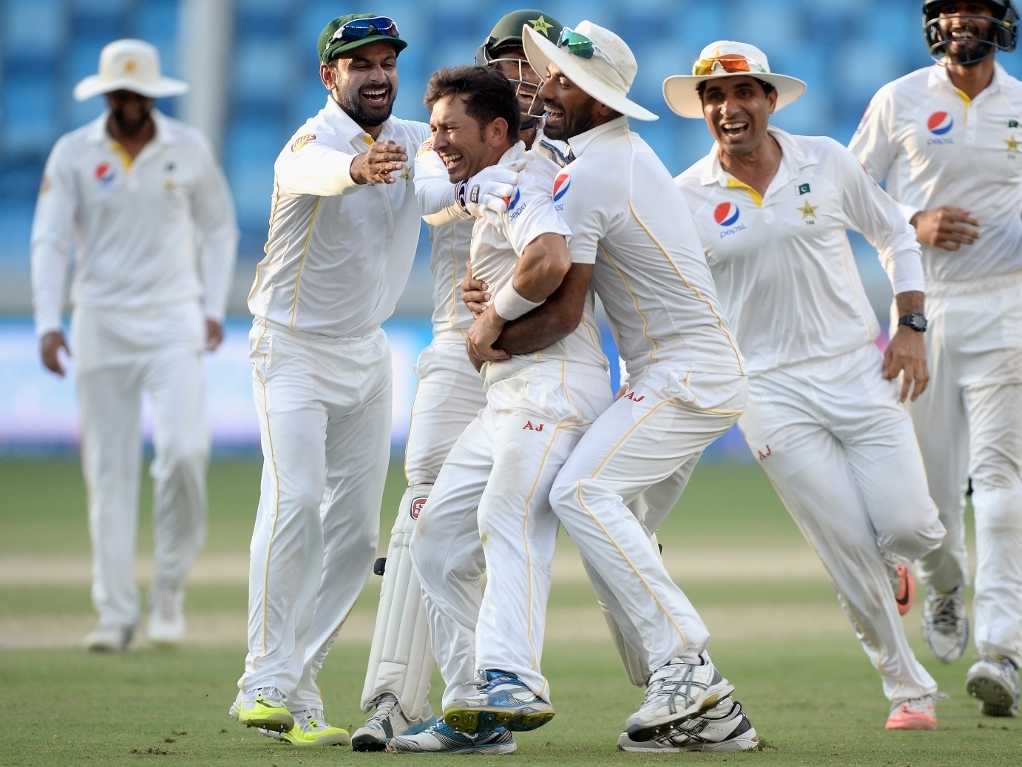 Pakistan beat England by 127 runs after lunch on the fifth day of the third and final Test in Sharjah to seal a two-nil series victory that takes the Asian side to second in the ICC Test rankings after the Three Lions were bowled out for just 156.

Resuming the final day on 46 for two, still requiring another 238 runs to win, England got off to the worst possible start when they lost Joe Root, who did not add to his overnight score of six, trapped lbw by legspinner Yasir Shah.

The Three Lions then proceeded to lose James Taylor (2), Jonny Bairstow (0) and Samit Patel (0) in quick succession as they could not cope with the spinning track on day five.

Cook, who resumed the day on 17, was at the other end when all the wickets were clattering and at 56 for six must have thought this would end quickly.

Adil Rashid though stood with his skipper as the pair put on a face-saving 49 for the seventh wicket to at least give the scoreboard some respectability.

Rashid however could not hang around long enough and was bowled by left-arm seamer Rahat Ali for 22 which brought the end very near.

Cook and Broad took England to lunch on 120 for seven but everyone knew that the end of the game would not be to long after the interval, and so it proved.

Yasir, who fifnished with four for 44, got rid of Broad for 20 while Shoaib Malik picked up his final wicket in Test cricket before retiring when he had Cook stumped for 63 while Yasir wrapped up the match when he had Ben Stokes stumped.

Pakistan continue their pound record in the Middle East, with them never having lost a Test series at their temporary home base while they now only have South Africa above them in the Test rankings.

England drop down to sixth and have a tough tour to play the Proteas in four Tests at the end of the year.