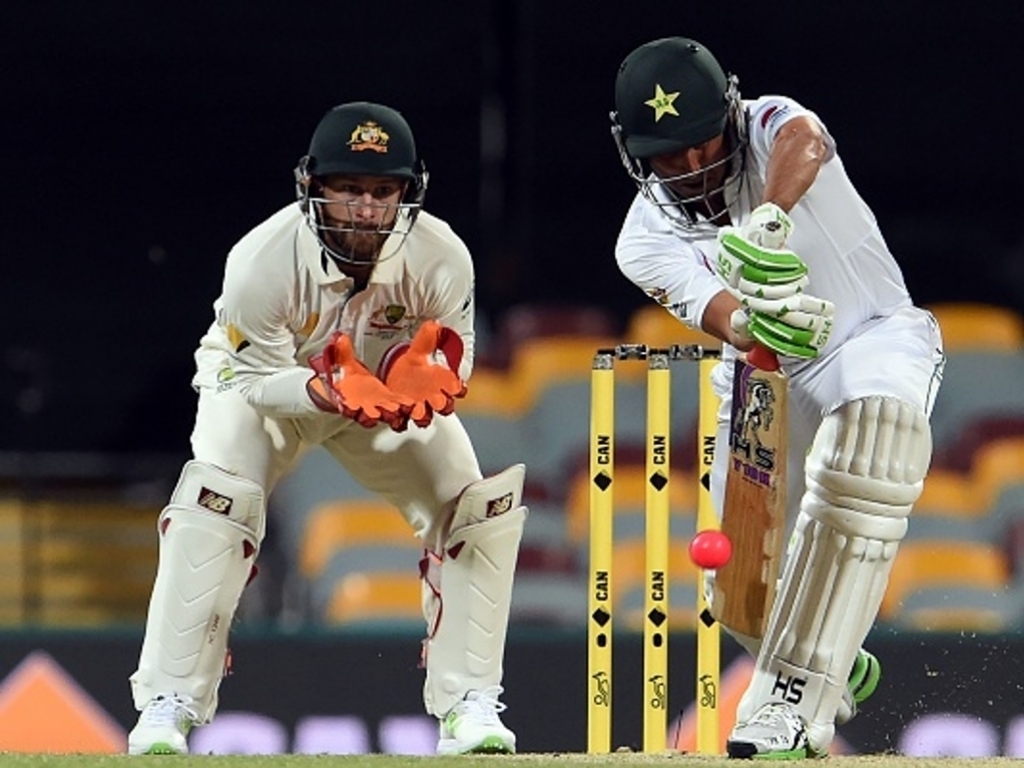 Pakistan are on the brink of a heavy defeat in the first Test against Australia in Brisbane having reached 70/2 at the close on day three.

Australia had declared after reaching 202/5 setting Pakistan a mammoth 490 runs to win after wrapping the Pakistan tail up in the first session after some stern resistance from Sarfraz Ahmed.

Sarfraz made an unbeaten 59 as he put on 75 runs for the final two wickets with Mohammad Amir (21) and Rahat Ali (4) and showed more application that the rest of the top order had done on day two to guide Pakistan to 142 all out.

Australia’s second innings was characterized by brisk scoring and saw Steve Smith (64) and Usman Khawaja (74) record half centuries but the talking point of the innings was that Nic Maddinson yet again failed to get into double figures.

Maddinson was dismissed for 4 when he couldn’t resist hooking Wahab and Australia declared on 202 for five shortly afterwards.

Nathan Lyon claimed a wicket that improved his career average against Pakistan to around 116 but the spinner will be eager to add to his tally as the opposition try to hold on.

Lyon grabbed the scalp of Babar Azam who nicked him to Smith at slip and went for 14.

Azhar Ali look determined as he moved to 41 not out by the close of play with Younus Khan at the other end yet to get off the mark having faced 19 deliveries.

Pakistan need 420 runs to win with 8 wickets in hand.