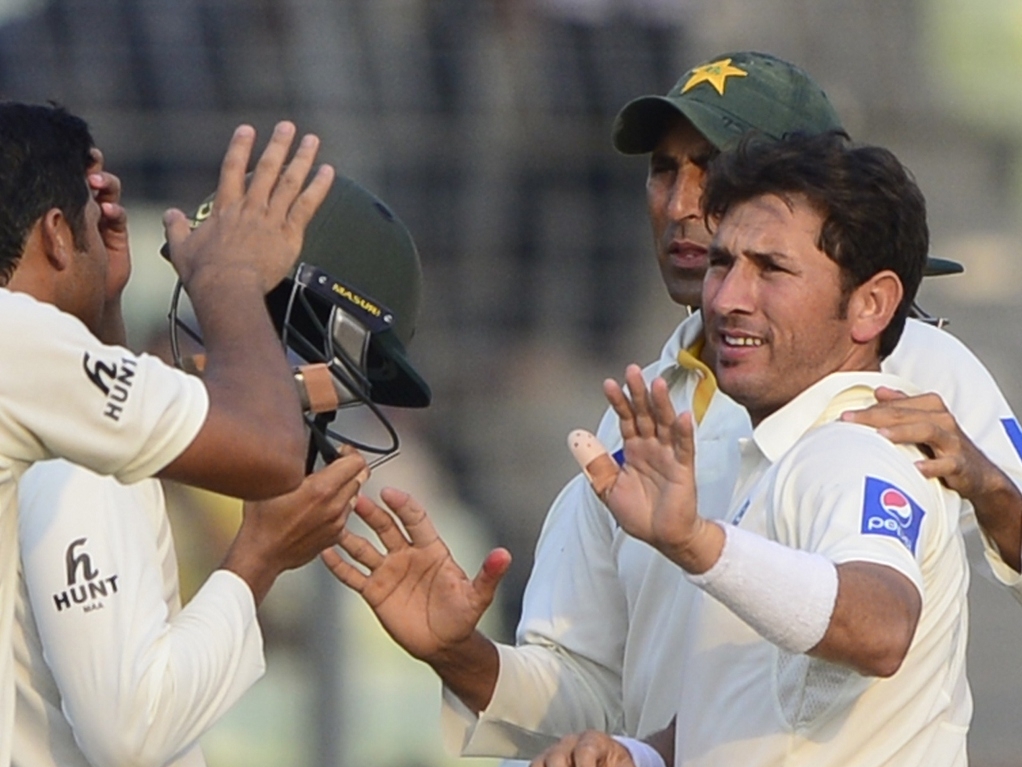 Pakistan ended their tour to Bangladesh on a high note by winning the second Test in Dhaka with more than a day to spare, winning by a whopping 328 runs on day four to take the series one-nil.

The Tigers had drawn the first Test thanks to some solid batting, but this time they were unable to counter Pakistan's bowlers, with spinner Yasir Shah particularly effective. The hosts needed an improbable 550 to win over two days, but were all out for 221 after lunch.

The fourth day began with the Tigers nine wickets in hand, so batting out the Test was not impossible. But considering how the wickets had tumbled on day three, for both sides, it seemed an uphill battle they were destined to lose.

By lunch they had lost four more wickets, with Mominul Haque the lone resister with an unbeaten half ton at that stage. He was out soon after lunch though, for 68, one of Yasir's four wickets in the innings.

Shuvagata Hom's 39 delayed the inevitable as the other wickets fell around him. Bangladesh were already a man down thanks to Shahadat Hossain being out of action due to a ripped knee ligament, so nine wickets were all Pakistan required.

The visitors will be pleased with the result, breathing a sigh of relief after losing all four limited overs matches and then chucking a win away in Khulna. They will also be pleased with Azhar Ali, they new ODI skipper, whose double ton laid the foundation for the rest of the match.