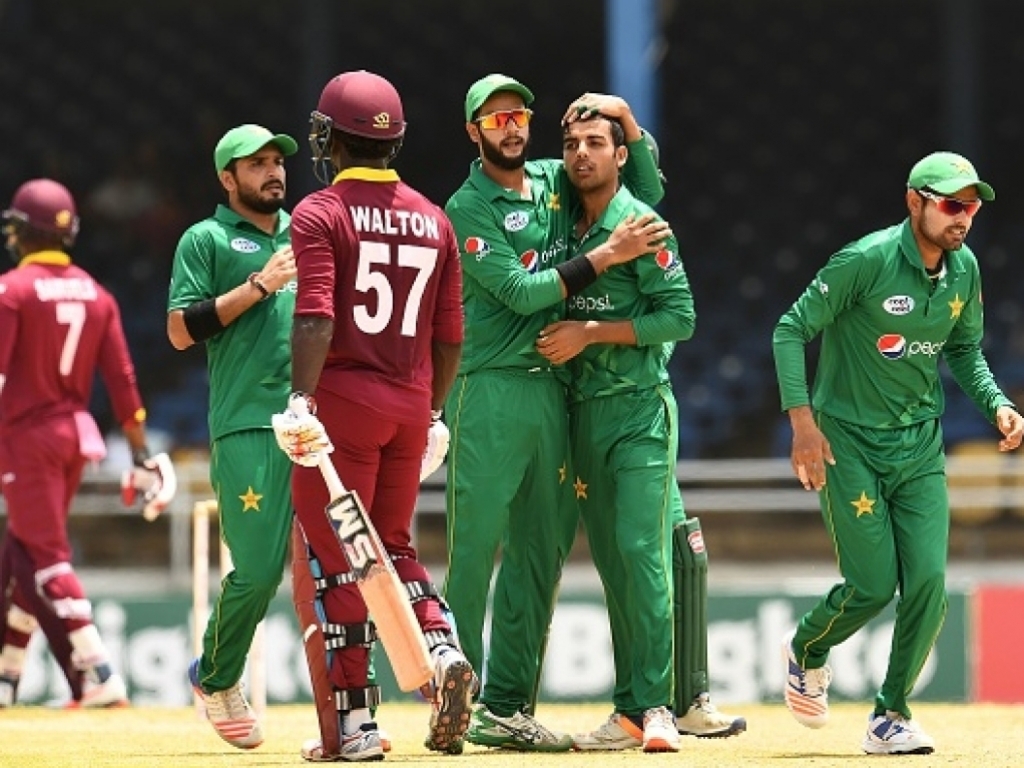 Pakistan walloped the West Indies by seven wickets in the final T20 International in Trinidad and Tobago on Sunday to seal a 3-1 victory in the four-match series.

Chasing a sub-par total of 125 runs to win, Pakistan made a solid start with openers Kamran Akmal and Ahmed Shehzad putting on 40 for first wicket inside seven overs.

Akmal was the first to go, for 20, when he tamely chipped part-time spinner Marlon Samules to midwicket as Kesrick Williams completed the easiest of catches.

Babar Azam joined Shehzad in the middle and the pair put on 70 for the second wicket that virtually sealed the game, and the series, for the visitors.

But with the game almost done and dusted, Williams took two wickets in two balls, first bowling Shehzad around his legs for a 53 from 45 balls then having Babar caught in the ring for 38.

Shoaib Malik (9 not out) and captain Sarfraz Ahmed (3 not out) made sure there were no more hiccups as Pakistan cruised to the win with one over to spare.

Earlier, meidum-pacer Hasan Ali (2/12 in four overs) and leg-spinner Shadab Khan (2/16 in four overs) were the chief destroyers as the Windes could only muster 124/8 in their 20 overs after Sarfraz had won toss and elected to field.

Opening batsman and wicketkeeper Chadwick Walton top-scored for the hosts with 40 but the innings was in tatters as the home side found themselves at 83/7 after 15.2 overs.

Only some lusty hitting from skipper Carlos Brathwaite (37 not out from 24 balls) late in the innings made sure the Windies had a respectable total to bowl at.

The teams will now start preparing for a three-match ODI series that begins in Guyana on Friday.