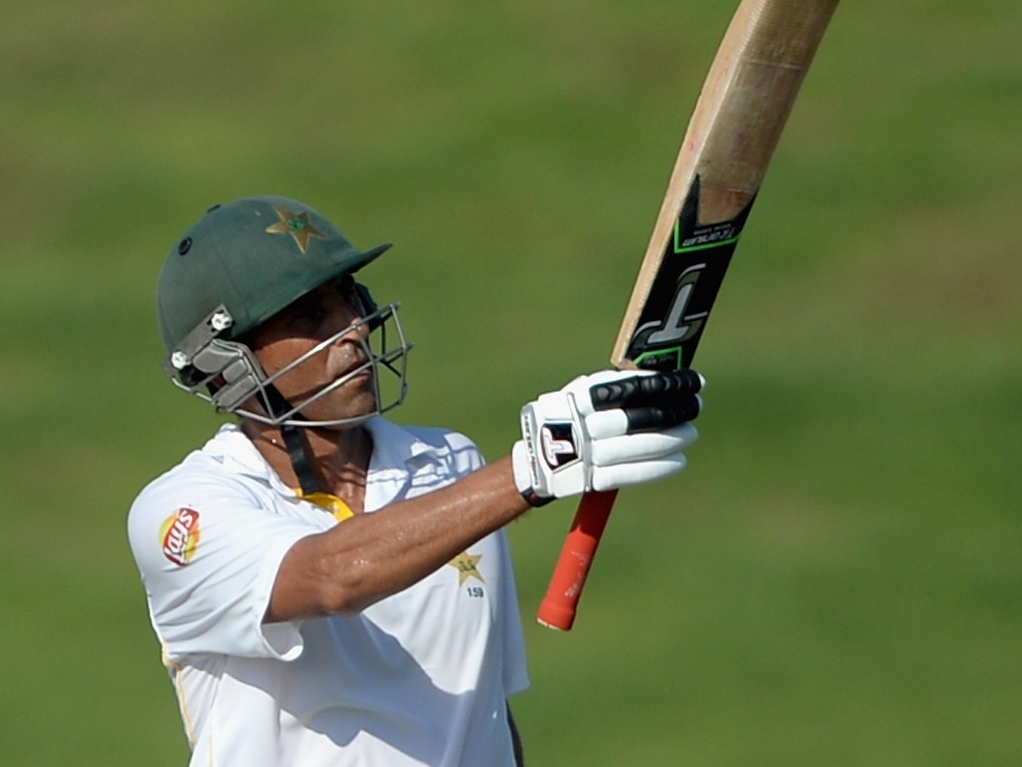 Pakistan enjoyed the lion's share of the joy on day three of the second Test against England in Dubai, ending the day on 222 for three and holding a healthy lead of 358 runs.

England had been bowled out fairly quickly after starting the day on 182 for three, and were all out for 242 at lunch. Yasir Shah and Wahab Riaz were the destroyers, taking four wickets each.

As such, Pakistan were able to spend much of the day at the crease, and by stumps they had built on the lead Engand had left for them. Younis Khan (71*) and Misbah-ul-Haq (87*) were once again the pair doing the hard work.

Incidentally, Younis, during this knock, became the first Pakistan batsman to record 9000 Test runs, having become his country's leading run scorer in the first Test of this series.

The day began with Joe Root already in a set position on 76, while Jonny Bairstow was on 27. Root was fluid on day two, but Saturday proved less fruitful and he was out for 88 to Wahab, the score on 206.

From there the middle order crumbled, with Ben Stokes out for four, and Jos Buttler and Adil Rashid both recording ducks. Stuart Broad was the only batsmn in the bottom six to reach double figures.

After lunch, Pakistan got off to a shaky start when Shan Masood was out for one to James Anderson, who has now removed this batsman in all four innings of the series, for a total of just four runs.

Mohammad Hafeez coninued on, first with Shoaib Malik, but he was out to Mark Wood for seven, and then Younis. The pair added 67 runs before Hafeez was out for 51 to Wood as well.

And that brought Pakistan's premier pairing together, to once again mount a rescue effort as the score was 83 for three. They batted solidly and without much risk, as England toiled in the heat for the rest of the day.

The pair picked up the pace as the evening session went on though, with spinners Moeen Ali and Adil Rashid baring the brunt of batsmen's experience in the conditions. In the final few overs, the pair went at more than five runs to the over.