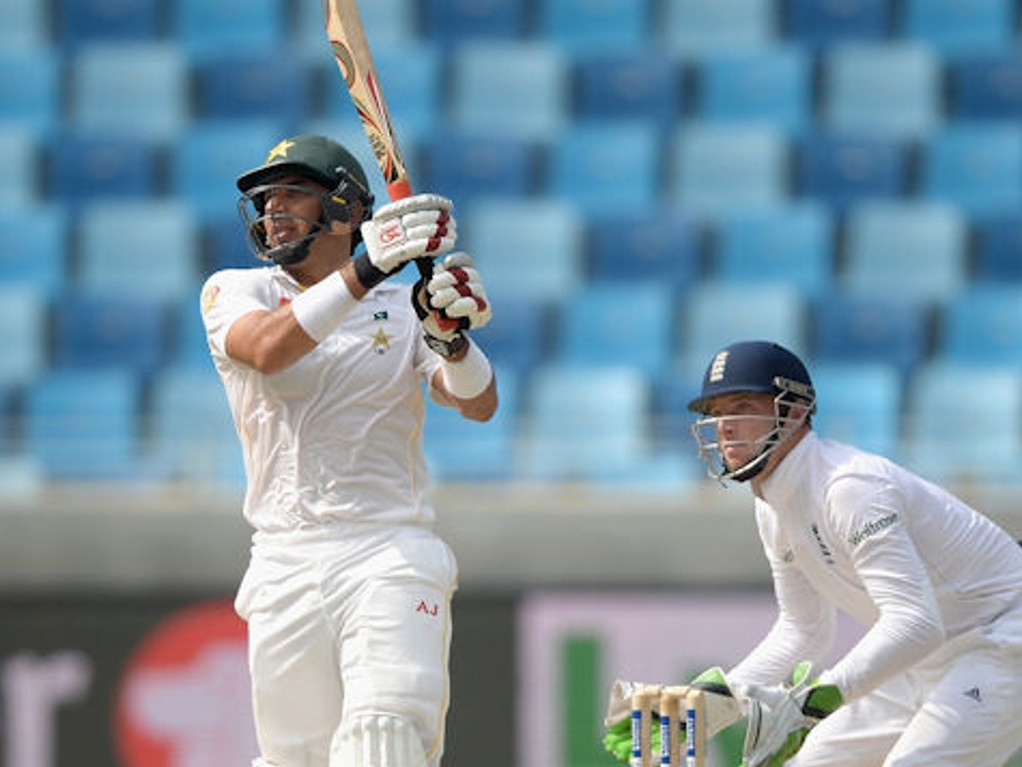 Day one of the second Test between Pakistan and England, in Dubai, was tipped in the hosts' favour, as dogged efforts from Misbah-ul-Haq and Younis Khan saw Pakistan reach 282 for four at the close.

Misbah's 102 not out and Younis' 56 off 115 balls made the day tough for England as they toiled in the heat. The wickets to fall were shared between four bowlers, with Mark Wood breaking the near-century stand between Misbah and Younis.

Earlier in the day, Pakistan won the toss and opted to bat. They got off to a solid start as openers Mohammad Hafeez and Shan Masood put on a stand of 51, before the former was out for 19 to Moeen Ali.

Masood continued on, and while he lost partner Shoaib Malik for just two, he then batted with Younis for 10 overs. In that time, Masood recorded his half century, but was caught behind by Jos Buttler off James Anderson for 54.

This brought Misbah to the middle to join Younis, the score 85 for three, just after lunch. They went on to bat together for nearly 30 overs.

As is often the case when this pair bats together, it wasn't very exciting stuff, but it was important, and they did their usual brand of rescuing and frustrating the opposition bowlers. They were still together at tea, Younis with his half ton in the bag.

Wood was the golden arm after the break though, getting Pakistan's leading Test run scorer caught behind for 56, leaving Asad Shafiq to bat alongside his skipper for the rest of the day.

But the close, Misbah had brought up his century in the final over of play, while Shafiq had played the perfect anchor role, and was on 46 not out off 93 balls.