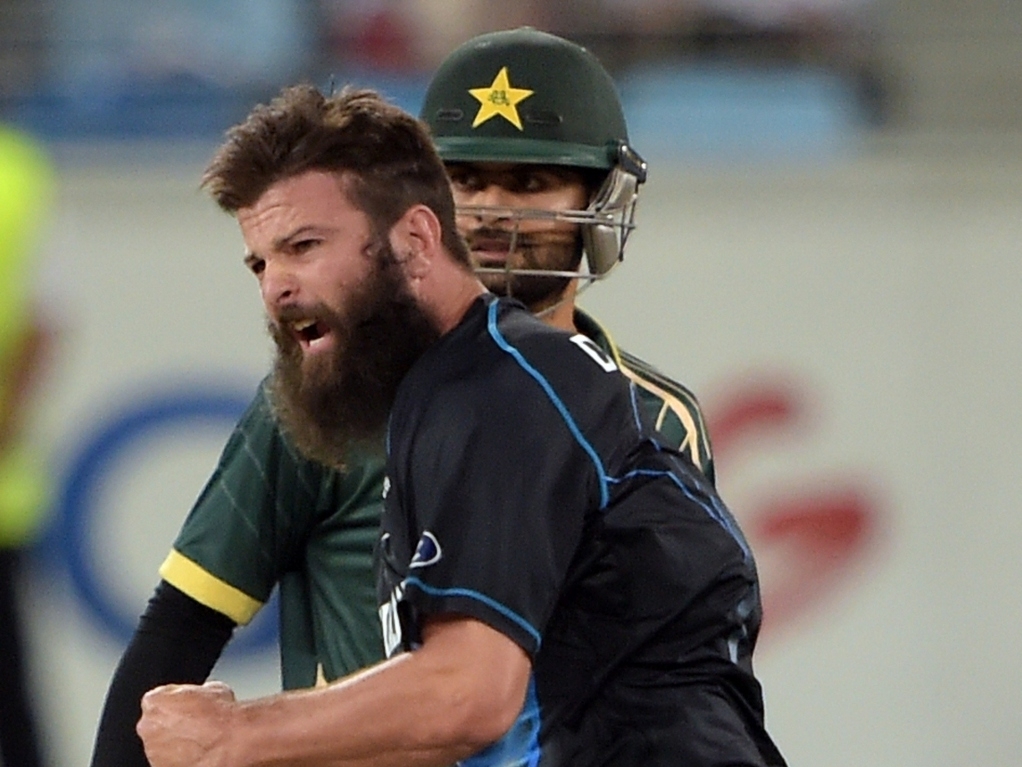 Pakistan fell 17 runs short of New Zealand's modest total as the Black Caps drew the series 1-1 in the second and final T20 International in Dubai.

Winning the toss and choosing to ball on a slowish pitch, the Pakistani seamers managed to use the lack of pace to their advantage, keeping their opponents' run rate down and securing a number of mis-hits as the Black Caps were held to 144/8 on their 20 overs.

The Kiwi openers gave their side a solid enough start, combining for just shy of a half-century stand before Anton Devcich was the first man to go for 21, clean bowled by Mohammad Hafeez.

Captain Afridi then put himself on to bowl immediately after the wicket, and the decision paid immediate dividends as he bagged the scalps of Kane Williamson, out for 32, and Dean Brownlee, dismissed for a duck, in successive overs.

Ross Taylor followed shortly after, trapped in front by Raza Hasan, and though Tom Latham and Luke Ronchi managed to stay together for a few overs and struck a few lusty blows, New Zealand were always struggling to up the run rate to a satsifactory level.

Umar Gul grabbed two more wickets to stop the New Zealand charge in the dying overs, and Sohail Tanvir also got his name into the wickets column.

Heading in to bat in chase of just 145, Pakistan would have felt confident of securing the series victory, but New Zealand struck early to unsettle them.

Sarfraz Ahmed was dismissed in the first over by spinner Devcich, Mohammad Hafeez followed in the third over and Haris Sohail was out in the fifth as Pakistan found themselves at 24/3.

All the Kiwi bowlers were chipping in with valuable contributions, the part-timers included, as they set about putting the stranglehold on the opposition.

Wickets continued to tumble at regular intervals too, with only opener Ahmed Shehzad offering any real resistance.

When he fell in the 15th over for 33, leaving Pakistan five down and well short of the target, it was up to Afridi and the lower order to smash some quick runs.

The Pakistan captain looked the part for about 11 balls before he was caught behind for 28, and Kyle Mills did the business with three late wickets in his last two overs as the Pakistan innings fizzled, 127 all out in the 19th over, still 17 runs short of the target.