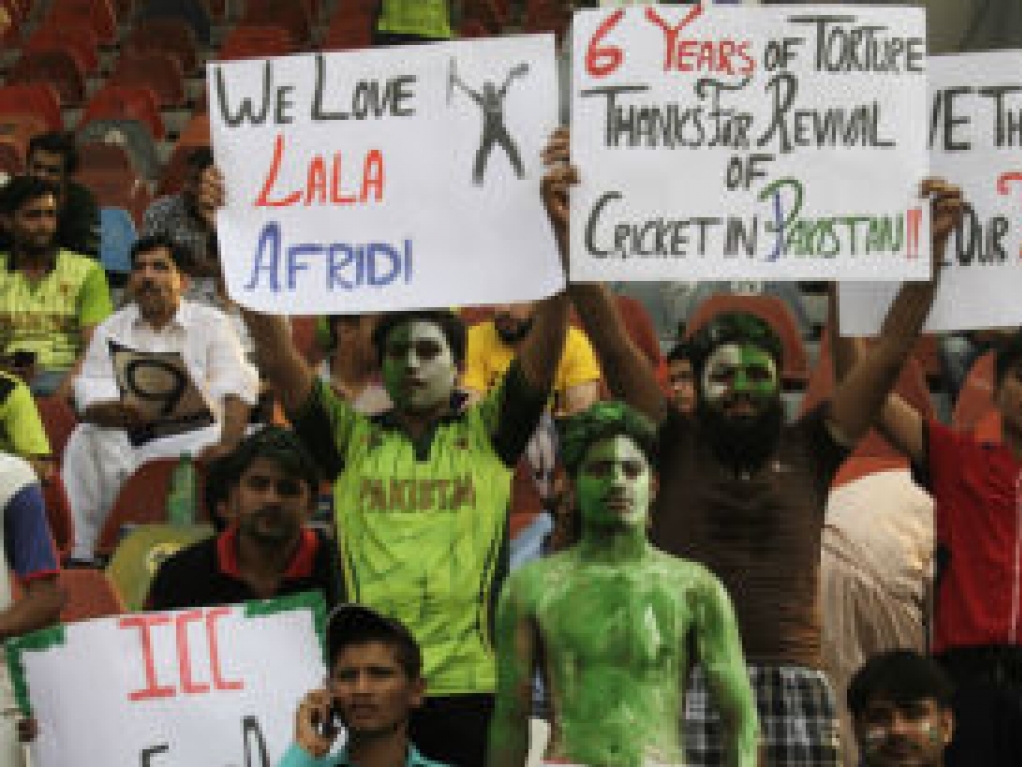 In what was a momentous occasion for Pakistan cricket, and indeed world cricket, the home side beat Zimbabwe by five wickets in a T20 International at the Gaddafi Stadium in Lahore.

The match signalled the first time a full international was played on Pakistan soil since 2009 after militants attacked a Sri Lanka team bus that injured six visiting players and killed eight people.

The result was really irrelevant but just to see a packed stadium and Pakistan flags and banners in the stands could've brought tears to your eyes. For many of the Pakistan players it was their international match at home.

On the field, the visitors, after winning the toss and elected to bat, posted a competitive score of 172 for six in their 20 overs. The Africans were given a great start by Hamilton Masakadza (43) who took the attack to the home side's bowlers.

The Zimbabweans had 78 in the seventh over when fast bowler Mohammad Sami, playing his first international match in almost three years, struck twice in two balls, first removing the dangerous Masakadza then having the other opener Vusi Sibanda (13) caught by keeper Sarfraz Ahmed.

The visitors lost their way, and wickets, in the middle overs but skipper Elton Chigumbura scored 54 off 35 balls to propel his side to their eventual total.

Sami ended the innings with figures of three for 36 in four overs while Wahab Riaz took two wickets and another returnee Shoaib Malik took one.

The Pakistan run-chase was made simple when openers Ahmed Shehzad and Mukhtar Ahmed put on a record stand of 142 in almost 14 overs.

Mukhtar, playing in only his second international match, was particularly severe on the bowlers smashing 12 fours and three sixes in his 85 while Shehzad scored 55.

The home side then lost wickets regularly after that and made rather heavy weather of the chase, eventually winning by five wickets with three balls to spare, ending on 173 for five.

In the end it was an exciting match but just the occasion itself was the winner on the day.