Pakistan wobble after the rain 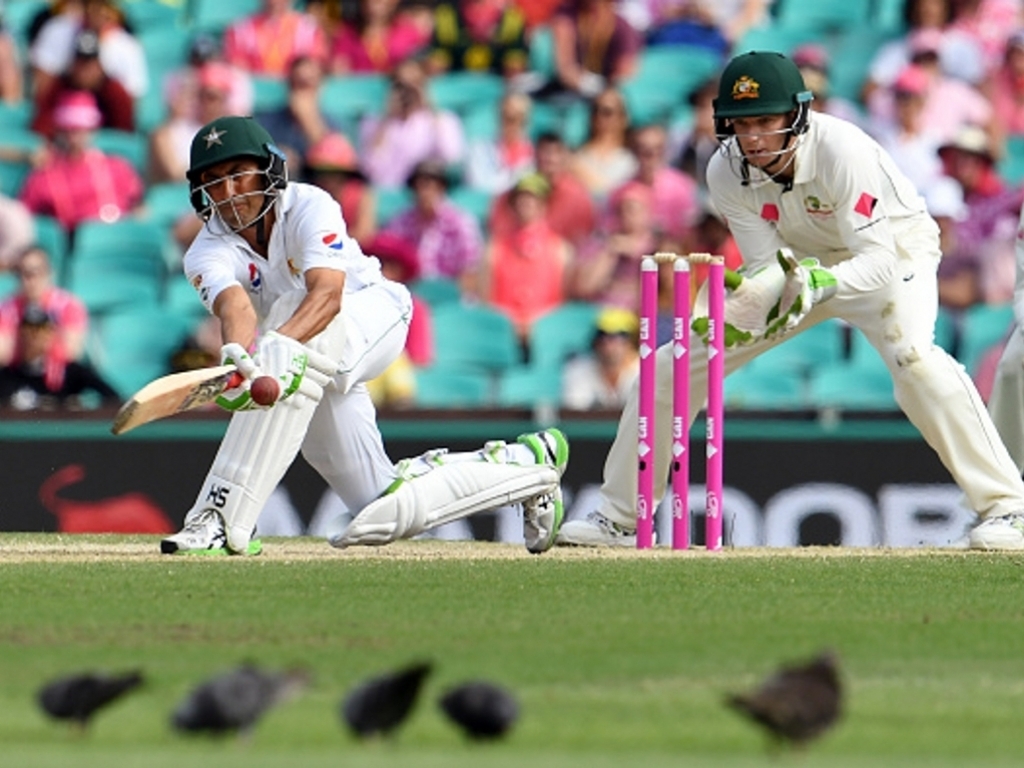 Rain washed out most of the first two sessions on day three of the third Test between Australia and Pakistan before the hosts cut deep into the tourists batting.

In 54 overs on day three Pakistan lost six wickets and are still in danger of having to follow on reaching 271 for 8 at the close trailing by 267.

Younus Khan was Pakistan’s shining light as he batted through the day moving on to 135 but this was in stark contrast to the rest of the card.

After the disastrous run out of Azhar Ali for 71 Pakistan started to fall apart with no other batsman cracking twenty as yet.

Matthew Wade was forced out of action by a stomach bug and Peter Handscomb deputized as wicketkeeper with Jackson Bird acting as a substitute fielder.

Bird was in action soon enough taking a catch off the bowling of Nathan Lyon to remove struggling Pakistan skipper Misbah-ul-Haq for 18.

Asad Shafiq became Steve O’Keefe’s first victim on his return to international cricket with Steve Smith taking another screamer of a catch in what has been an excellent summer for the skipper in the field.

Sarfraz Ahmed fell for 18 caught by Bird off Mitchell Starc to leave Pakistan in trouble at 239 for 6 – and slipping in the cricket betting..

Lyon picked up two more wickets in Mohammad Amir (4) and Wahab Riaz (8) with the latter departing well into overtime.

Pakistan are staring down a whitewash in a series where they have been outgunned in almost every respect.