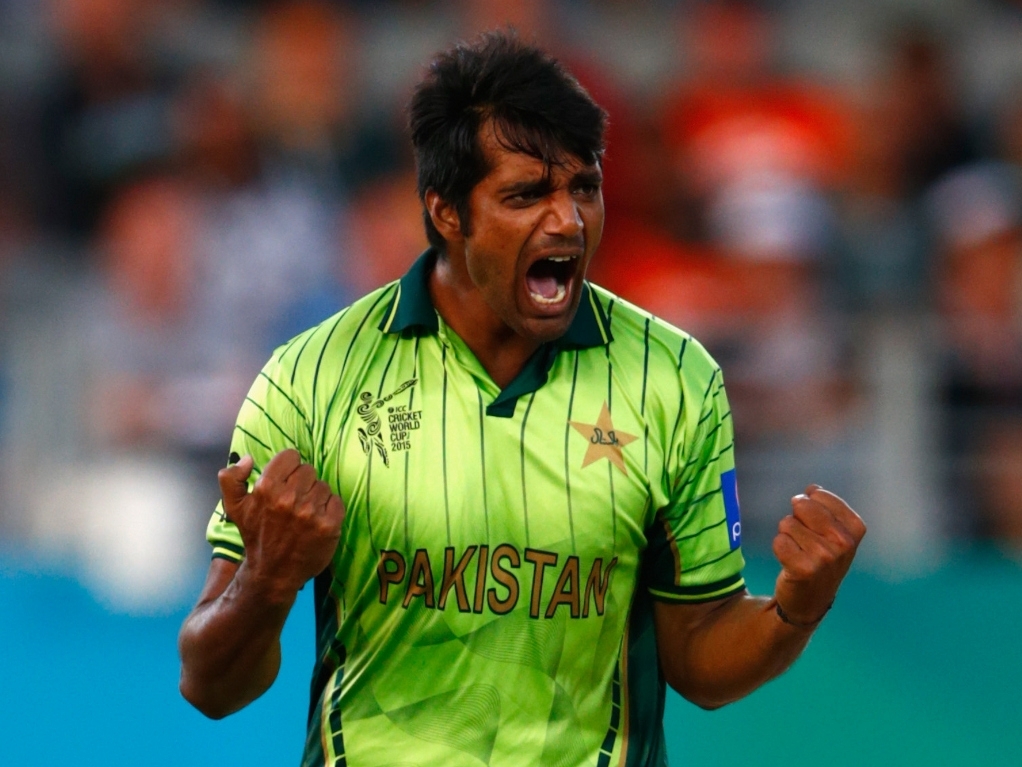 South Africa went from feast to famine at the World Cup as they followed their 400-plus scores with a 29-run defeat to Pakistan in Auckland on Saturday, failing to chase down the 232 required despite another valiant AB de Villiers effort.

The Proteas scored over 800 runs in their matches against the West Indies and Ireland, the latter only five days ago, but were unable to counteract Pakistan's fast bowlers at a windy, rainy, and swinging Eden Park. They were all out for 202.

The contrast between the two games was stark, as only AB de Villiers (77) was able to find his feet against these men in lime green, and until he was out with 30-odd runs to go, all hope was not abandoned, despite the tough ask.

Earlier in the day, the Proteas' pacemen had done a job they had seemingly struggled to do in previous games: bowling a side out. They couldn't do it against India, the other side they've lost to so far, and in this game Dale Steyn finally found his rhythm.

He took three wickets for 30 runs in his 10 overs, having put his mind at ease after the fires in Cape Town nearly saw his house lost to the flames. With that threat averted, he could refocus, and was impressive on a deck that saw Australia and New Zealand struggle with the bat too.

Kyle Abbott and Morne Morkel were also on song, taking two wickets each, and Abbott continued to show, as he had against Ireland with four wickets, that he has the potential to be a top ODI bowler despite earlier evidence to the contrary.

So, with two rain delays affecting the calculations, the Proteas needed 232 to win in 47 overs, a seemingly easy task for a side that racked up the centuries in their two previous games. But they once again lost Quinton de Kock early, something that will be a big concern for the coaches.

The opener has had a dismal run of form at the tournament, and his duck yesterday saw his tally reach just 27 runs in five innings, which could see Rilee Rossouw move up the order. Rossouw only made six against Pakistan, but had recorded two scores of 61 before that.

De Villiers was the constant though, making a half century as the wickets tumbled at the other end and Sarfraz Ahmed took six catches behind the wicket. Proteas fans would have sat on their couches, coffee in hand and hearts in their mouths, as he hit boundary after boundary, trying to get the side close.

But it was not to be, as Sohail Khan pitched it short and the skipper swung at it, got the faintest of edges, and had to leave the last 30 runs to Morkel and Imran Tahir. A miracle was required, but not granted.

As a result, India, who beat the Windies to remain firmly at the top of the table, have already advanced to the quarter finals and will face whoever finishes fourth in group A (England or Bangladesh). The Proteas, having started the game in second place, remained there despite being level on points with Pakistan.

South Africa's big scores in previous games ensured a superior net run rate, and they're likely to face Australia in the quarter finals. That depends on what happens in Sunday's game, as Sri Lanka could also be the opponents.

South Africa's next and final group match is against the UAE on Thursday in Wellington, and win is expected. The UAE have not won a game yet, and a win for AB's men will see them remain in second going into the next round.