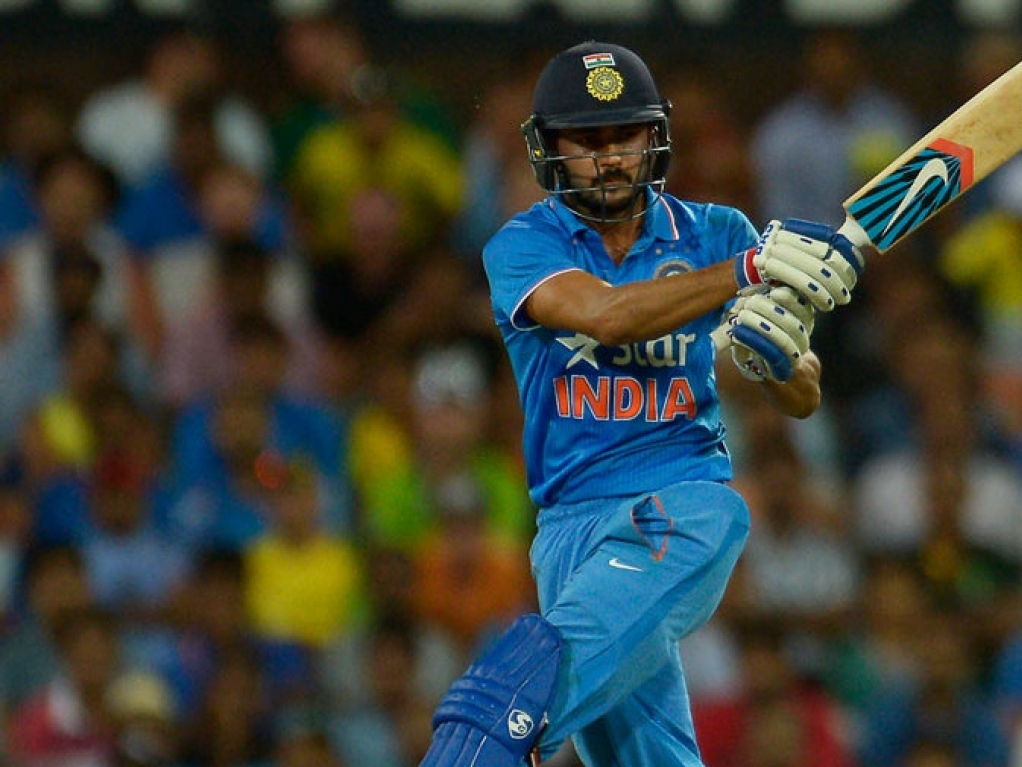 Manish Pandey struck his maiden international century to carry India to a six-wicket victory over Australia in the fifth ODI and made sure the Asian side avoided a series clean sweep.

The 26 year-old Pandey, playing just his fourth ODI, hit an unbeaten 104 to guide India to their target of 331 with just two balls remaining.

Pandey received solid support from opening batsman Rohit Sharma, who scored 99, while fellow opener Shikhar Dhawan contributed 78 in a stand of 123 for the first wicket.

With India losing the first four matches in the series, the win was scant consolation for the Asian side as they threw away winning positions in the previous matches.

Australia seamer John Hastings finished with figures of three for 61 in 10 overs but he was powerless to stop the Indian batsmen from achieving their goal.

Australia's total of 331 for four was set up by centuries from opener David Warner and a maiden ton at this level from allrounder Mitchell Marsh.

Warner hammered 122 from 113 balls while Marsh was left unbeaten on 102 off 84 balls as the Aussies compiled what they thought was a more than respectable total.

The teams will now contest three T20Is, starting in Adelaide on Tuesday.