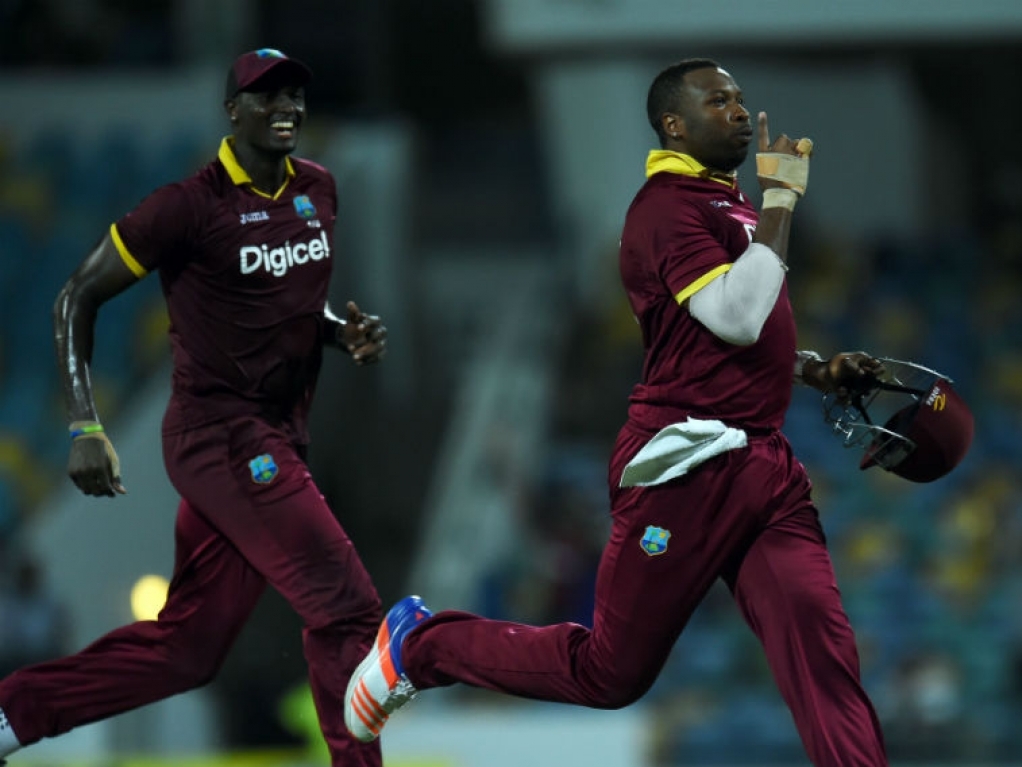 South Africa were knocked out of the Tri-Nation One-Day International series after suffering a heavy 100-run loss to West Indies at the Kensington Oval in Bridgetown, Barbados on Friday.

With Australia through to the final earlier in the week, both sides entered the contest knowing that victory was a must in order to join the world champions in Sunday’s competition decider. It was the hosts that came up trumps as they blew away the South Africans for just 185 in defence of 285 all out.

Victory for the home side came despite another stirring bowling display by rising young star Kagiso Rabada, who delivered an outstanding opening burst after his captain AB de Villiers had won the toss and chose to field first.

The 21-year-old paceman, who was on a hat-trick at one stage, returned figures of 3/31 in 10 overs, with his initial spell slicing through the home side’s top-order to leave them on 21/4 after five overs.

Spurred on by Darren Bravo’s third ODI century, however, West Indies mounted an excellent recovery to set a challenging total. The left-hander made a fine 102 (103 balls, 12 fours, 4 sixes) and shared in a 156-run fifth-wicket stand with Kieron Pollard, who made 62 (71 balls, 7 fours, 2 sixes), that initiated the recovery.

South Africa did hit back after that partnership, and despite Jason Holder (40) and Carlos Brathwaite (33 not out), Chris Morris took 3/63 to leave the home side all out in 49.5 overs.

The Proteas needed one of their top three batsmen to shine if they were to have a chance, but that failed to happen as they found themselves four wickets down with only 35 on the board.

Quinton de Kock (6), Faf du Plessis (3) and De Villiers (2) all fell to rookie quick bowler Shannon Gabriel, who picked up career-best figures of 3/17 in the 5 overs he managed before sustaining an injury.

Sunil Narine, the chief destroyer of South Africa in the opening match of the series, then dismissed Hashim Amla (16). The tricky off-break bowler went on to claim 3/28 as Morris (7) and Wayne Parnell (28) both fell to his mystery spin.

Farhaan Behardien (35) was the top-scorer for the tourists, but at 96/7, the match was over as a contest by the 28th over. It could have been a record defeat for the South Africans against the hosts, but for late cameos from Morne Morkel and Imran Tahir after the pair added an innings-high 51 for the final wicket.

Both scored career-bests too with Morkel unbeaten on 32 and Tahir scoring 29 by the time they were all out in 46 overs.

Australia ended the series on top of the table with 15 points, followed by West Indies on 13 – the two will now meet in Sunday’s final. The Proteas came third with 12 points.