Home News Patriots batsmen no match for Steyn and co.

Patriots batsmen no match for Steyn and co. 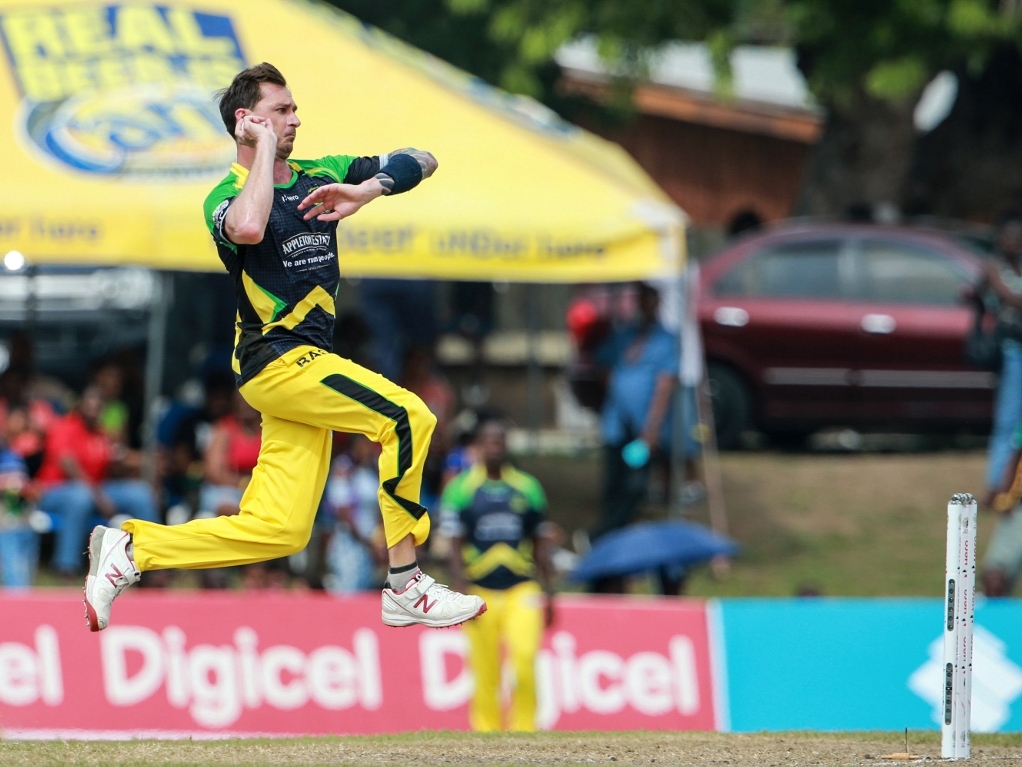 The Jamaica Tallawahs continued their charge up the Caribbean Premier League table with a 108-run win over the St Kitts and Nevis Patriots on Saturday, with Dale Steyn showing his class with the ball.

The Tallawahs batted first and recorded a decent, but not unreachable, 183 for six. The Patriots, captained by Faf du Plessis, were skittled for just 75, with Steyn taking two wickets for five runs.

Jamaica's inings was led by Sri Lanka legend Kumar Sangakkara's 65, after openers Chadwick Walton and Chris Gayle were both out for single figures. Sanga's score, added to the 30s made by Rovman Powell and Shakib-al-Hasan, ensured a defendable score.

The chase was immediately marred by the loss of Lendl Simmons for a duck in the opening over, and unlike Jamaica, the Patriots never recovered. Only four batsmen reached double figures, with a top score of 23 from Jonathan Carter.

The win pushed the Tallawahs to nine points, cutting the Guyana Amazon Warriors' lead at the top of the table to just one point. The Pats, meanwhile, only have one win in seven games, and are joint-last.