Patriots book place in Final with win over TKR 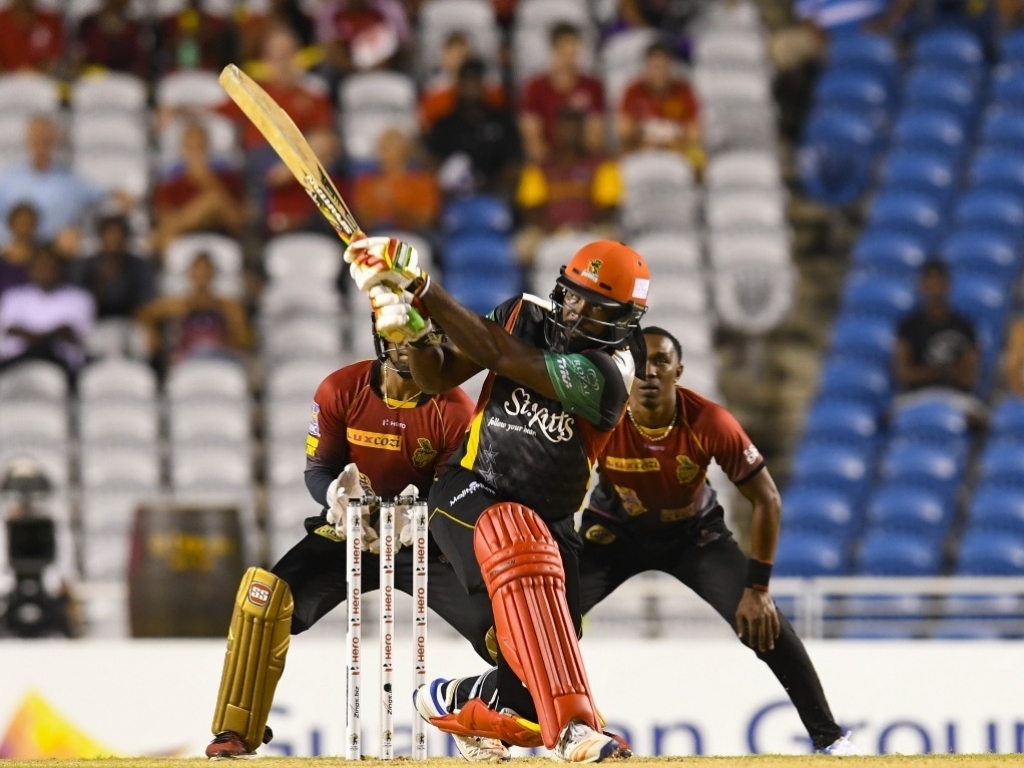 A good bowling display by St Kitts & Nevis Patriots helped them defend 150 against Trinbago Knight Riders in Play Off of the 2017 CPL and book their place in the Final on Saturday.

The Patriots took early wickets which derailed the Knight Riders innings and continued to make breakthroughs to prevent them gaining any momentum.

The Knight Riders chase got off to a disastrous start when Sunil Narine was run out without facing a ball in the first over by a brilliant direct hit from Evin Lewis. Things quickly went from bad to worse when Ben Hilfenhaus had William Perkins caught down the leg side in a wicket maiden. When Colin Munro was caught and bowled off a leading edge from a low full toss bowled by Sheldon Cottrell the Knight Riders were reeling at 6 for 3 after three overs.

A sparky innings from Denesh Ramdin helped the Knight Riders regain a foothold in the match but he could not capitalise on his start and was caught off a leading edge for 19 in the eighth over. A period of consolidation between Darren Bravo and Dan Christian then saw six runs scored in three overs. Bravo briefly threatened to get going with a six and a four off Tabraiz Shamsi but a mix-up saw Bravo run out for 29. When Christian was trapped lbw by Mohammad Hafeez in the very next over the Knight Riders were 59 for 6 after 12.2 overs.

With the required run rate spiralling Shadab Khan fell shortly after looking to attack, leaving Dwayne Bravo as the Knight Riders last remaining hope. Bravo did not give up easily, striking three mighty leg side sixes but in the end it was asking far too much of him to dig his team out of a huge hole. Eventually the Knight Riders subsided for 111 with Cottrell’s figures of 3 for 17 the pick of a solid all-round team performance in the field.

After winning the toss the Knight Riders elected to field first, citing the unfamiliarity with a new venue. Against the imposing pairing of Chris Gayle and Lewis the Knight Riders could hardly have hoped for a better start to the Powerplay.

Ronsford Beaton bowled a excellent maiden to Gayle first over—and on another day may well have had him lbw—before only one loose ball in the second over from Javon Searles increased the pressure further. When Lewis finally looked to cut loose from the fourth ball of the third over he mis-timed a drive high over cover which Christian chased down before completing a stunning sliding catch just inside the rope.

It took some beautifully-timed and well-placed boundaries from Gayle and Mohammad Hafeez to lift the Patriots from 7 for 1 after three overs to 42 for 1 at the end of the Powerplay.

Hafeez’s elegant innings was ended in the very next over when he edged a wider slower ball from Kevon Cooper through to Ramdin. Through the early middle overs Gayle and Brandon King worked hard to keep the scoreboard moving against the Knight Riders frugal spinners, Sunil Narine and Shadab Khan, with both men hitting excellent and valuable sixes against the turn over the leg side. It brought the return of pace and Dwayne Bravo for the next wicket – King top-edging a pull shot to fall for a battling 30 off 26 balls leaving the Patriots 90 for 3 after 13.3 overs.

Despite possessing power-hitters Carlos Brathwaite and Mohammad Nabi the Patriots found it difficult to accelerate in the latter stage of the innings with Bravo and Beaton varying their pace regularly and picking up wickets to disrupt any momentum. It was indicative of the Patriots struggle that Gayle finished not out but only scored 54 runs from 51 balls. A six off the penultimate ball of the innings took the Patriots to 149, with all seven wickets falling to the pace bowlers. It was a total that seemed far from insurmountable at the innings break but within three overs of the run-chase the complexion of the match had been transformed.