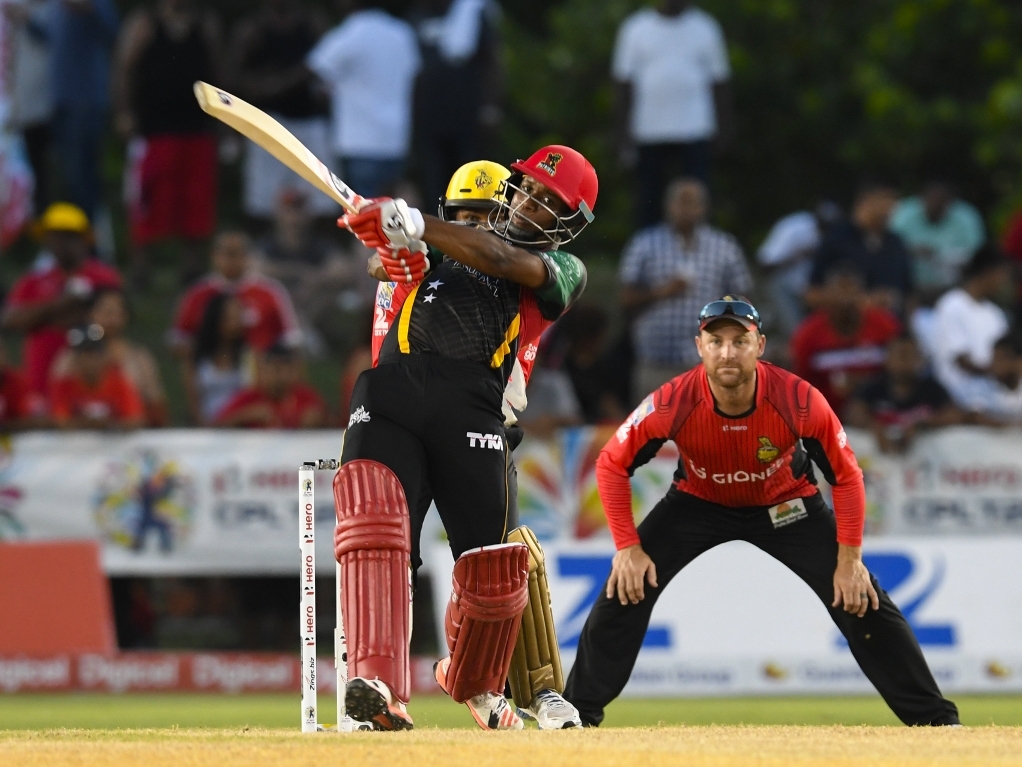 The St Kitts & Nevis Patriots claimed just their second win of the 2016 Caribbean Premier League (CPL) against the Trinbago Knight Riders at the Central Broward Stadium in Lauderhill, Florida.

A season best innings from Evin Lewis allowed the Patriots to reach 180-5 on an excellent pitch. It proved too much for the Knight Riders to chase as they stumbled in the face of some excellent Patriots bowling.

The Patriots got off to an excellent start in the Powerplay, making 65 runs and losing only one wicket, when JJ Smuts was caught in the deep off the bowling of Sunil Narine off the last ball of the sixth over.

The opening stand was completely dominated by Smuts’ opening partner Evin Lewis who made 46 runs inside the first six overs.

Lewis has been one of the few unqualified successes for the Patriots in what has been a difficult season for them. The 24-year-old tops the run-scoring list and averages for the Patriots and this was his third fifty of CPL 2016. Here he made 79 from 40 balls, his best score of the campaign.

While Lewis was doing well wickets were falling at the other end. Lendl Simmons holed out off Narine and Faf du Plessis was completely undone by an outstanding Dwayne Bravo slower ball, as his struggles with the bat this season continue.

Lewis departed to Narine in the 12th over caught on the mid-wicket boundary. He had already hit Narine for two sixes in that region in the over but he fell going for his third.

With Evans gone the Patriots needed a big partnership to push them to a competitive total and they got just that from Jonathan Carter and Shamarh Brooks.

Together they put on 58 runs in 39 balls with Brooks being the most impressive, smashing three maximums on his way to 35 not out.

That stand between Carter and Brooks allowed the Patriots to set a target on 181.

The Knight Riders got off to the worst possible start when Brendon McCullum miscued a shot to du Plessis for just one run. Just like du Plessis, McCullum has struggled for runs this CPL.

With McCullum gone, Hashim Amla, took on the responsibility of securing the win that would see his team into the knockout stages.

Amla jetted back and forth to South Africa in the last week but he showed few ill-effects from his travels as he cruised to 33. His wicket came via a run out when a Lewis direct hit found him short of his ground.

Colin Munro kept the Knight Riders in the chase with 46 (28) eventually falling lbw to Krishmar Santokie. Munro’s wicket was the beginning of the end for TKR, although the New Zealander was unlucky to be dismissed by a ball that stuck him outside the line of off stump.

In the next over Samuel Badree effectively ended the chase with two wickets in two balls. First Umar Akmal was caught at long off by du Plessis and then Denesh Ramdin was bowled first ball by a Badree over-spinning delivery.

Some late order hitting from Narine kept the Knight Riders interested but they had too much to do with too few wickets left as the Patriots claimed a consolation victory, running out winners by 34 runs.

This loss is not the end for the Knight Riders, their destiny is still in their own hands.

They will face these same opponents on Sunday and a win will be enough for the defending champions to claim a finals week spot.

If the Barbados Tridents fail to beat the Guyana Amazon Warriors on Saturday the Knight Riders will make the knockout stages regardless of the result in their last group game.