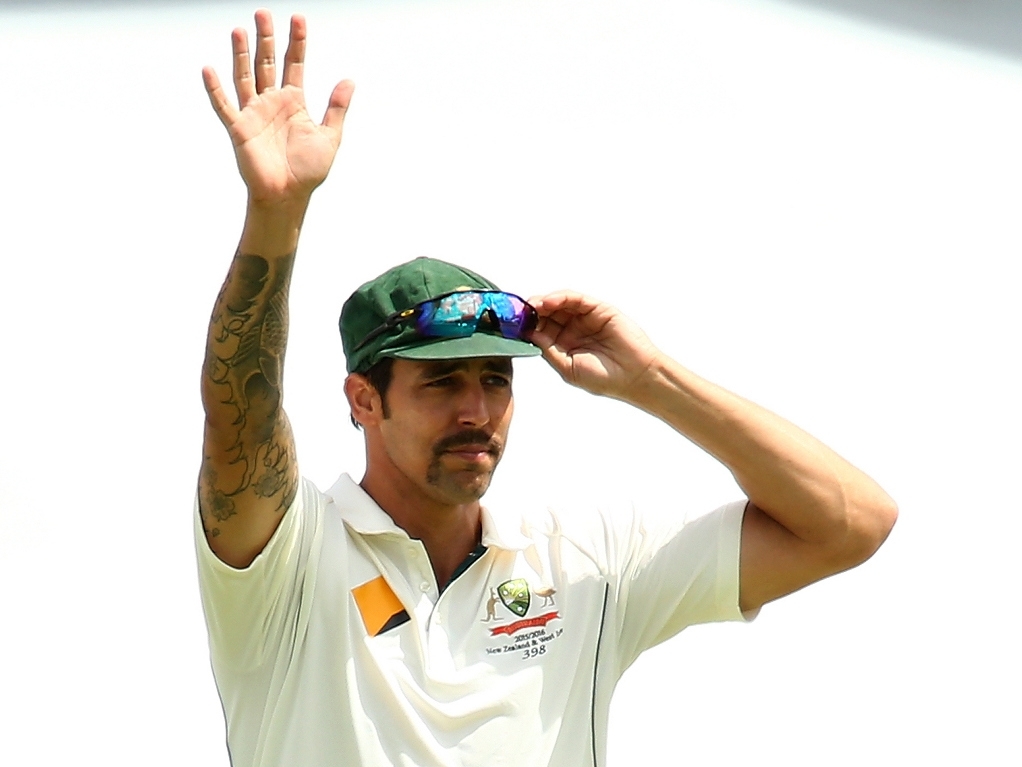 The second Test between Australia and New Zealand in Perth ended in an anticlimactic draw, but it was a solid ending for fast bowler Mitchell Johnson, who took two wickets on the last day two wrap up his career in style.

Johnson has now retired from all international and first class cricket, at the age of 34, leaving Mitchells Starc and Marsh to literally carry on in his name as leaders of the attack.

Day five was always going to result in a draw, as New Zealand recorded 104 for two by the close, chasing an improbable 321 to win in just over a session. Around two hours of play were lost due to rain.

The day began with Australia still batting in their second dig, on 258 for two overnight. Skipper Steve Smith and veteran Adam Voges had both reached their centuries, but both were sent packing in the morning.

Paceman Tim Southee found form in the morning, removing Voges, Johnson and Peter Nevill, while the rest of the Aussie order got starts but failed to capitalise. They declared on 385 for seven after lunch.

The Black Caps were only able to bat for eight overs, recording 28, when the rain arrived just before tea. This kept the players indoors for a while, leaving only 20 overs of the day to see off.

While Tom Latham and Martin Guptill both succumbed to Johnson's bouncers, leaving him on 313 Test wickets, Kane Williamson and Ross Taylor were able to avoid any kind of panic in seeing out the day.

The tour now moves to Adelaide for the third and final match. This will be the much-anticipated day-night Test, the first of its kind, and the Black Caps will hope their extra preparations will give them the end to level the series.