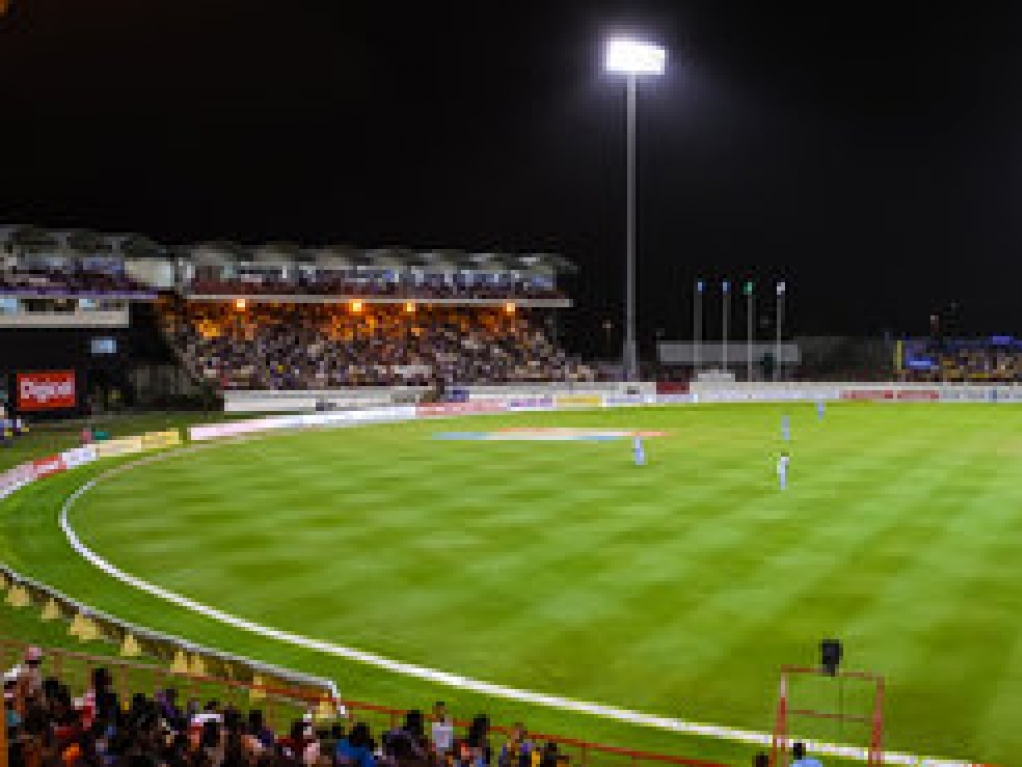 One of the newer grounds in the West Indies, this venue was built in the touristy are of Rodney Bay at Gros Islet. It hosted its first Test in 2003, but was not used for eight years after 2006.

The first three Test matches here all ended in draws, and the last match before the hiatus, in 2006, saw Brian Lara score one of his slowest centuries. The deck was flat and full of runs.

The ground made its ODI debut the year it was built, but the Windies never had much luck there. In 11 ODIs since 2008, the Windies won just one game. The ground was a major venue for the 2010 World Twenty20.

It was renamed from the Beausejour Stadium to the Darren Sammy International stadium in 2016, paying tribute to St Lucia's most famous cricketing son. One of the stands was named after batsman Johnson Charles.

The most recent Test here was in September 2014, when the Windies beat Bangladesh by 296 runs in the evening on day four, thus breaking the streak of draws.

The Tigers won the toss and opted to bowl, a first for the ground, and allowed the Windies' top order to rack up the runs. It was easy batting on day one, and the hosts made 380 all out.

Bangladesh then recorded 161 all out, with Kemar Roach bagging a five-fer as pace dominated. The Windies opted not to enforce the follow on, and added 269 for four declared, with Shiv Chanderpaul making a century.

So the Tigers needed 489 to win, and they got nowhere close as they were bowled out for 192. The deck took some turn at this stage, as Sulieman Benn took five wickets.

Windies batsman Kraigg Brathwaite: "It was a great pitch, obviously first day it was doing a fair bit. It got a bit better batting later on."

Windies capain Denesh Ramdin: "It was a very good batting pitch, but when the ball is moving it is always tough for the new batsmen."

No-one in this Windies squad has played more than one Test here, as Chris Gayle, Denesh Ramdin, Shiv Chanderpaul, and the like are not in this team. As such, Kraigg Brathwaite is the best batsman, averaging 54 across two innings.

Bowling-wise, none of their top bowlers at the ground are playing, with Kemar Roach dropped, Jerome Taylor retired from the format, and Sulieman Benn not in the picture. As such, Shannon Gabriel flies the flag, with two wickets in one Test.

India have played here before, but back in 2006, so none of the current players have a record at the ground.

The forecasts say it will be hot all five days, around 30 degrees, but that will not keep the rain away. Each day is set to have rain of varying lengths, from showers to more sustained periods. It's unlikely we'll get five full days.

Batting first is probably the best idea, as result show, as there are runs in the pitch as long as one can resist the initial pace. Spinners come into it as the days pass, as is usually the case anywhere, though rain might slow the deterioration and make for safer, if slower, batting.