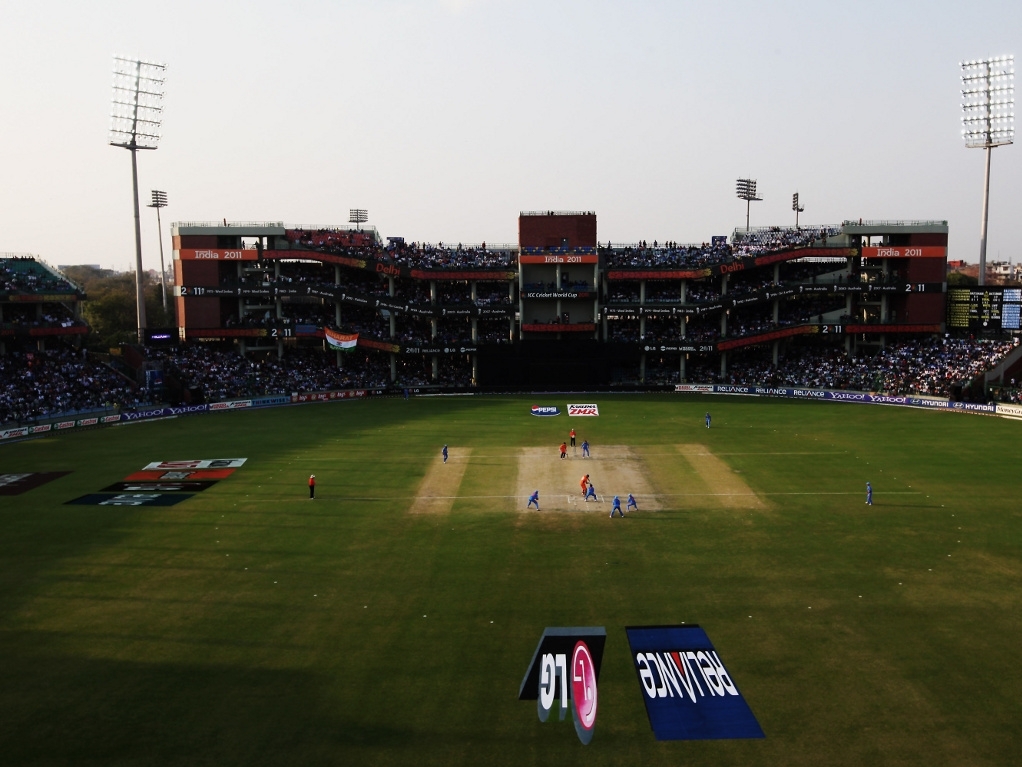 The pitch was deemed unfit and dangerous after instances of atrocious uneven bounce off the pitch. Sri Lanka were 83 for 5 when the match officials decided that the game couldn't be continued further, owing to players' safety.

The last Test played at the venue was in March 2013 when India hosted Australia in the fourth and final Test in a series that the home team won four-nil.

It was not a high-scoring match as Australia, who won the toss, mustered a total of 262 all out in the first innings. India spinner Ravi Ashwin took five for 57 in 34 overs.

The hosts replied by being bowled out for 272 with Aussie spinner Nathan Lyon taking seven wickets, although the visitors batsmen could not capitalise on offspinners good work.

The tourists were bundled out for a paltry 164 in the second stint at the crease with India's left-arm spinner Ravi Jadeja this time wreaking havoc with a five-wicket haul.

India knocked off the target of 155 with only four wickets down. Cheteshwar Pujara, who opened the batting, was 82 not out as the hosts completed the whitewash on the third day of the final Test.

India batting legend has the most runs at the ground with 759 but he has also played the most matches (10) at the venue. The highest individual score belongs to Vinod Kambli who scored 227 in 1993.

Former India legspinner Anil Kumble has the most wickets at the Feroz Shah Kotla, picking up 58 wickets in seven games at an average of 16.79. This includes the rare feat of taking all ten wickets in an innings against Pakistan in 1999.

Ashwin after the Test against Australia in 2013: "You didn't know which ball was going to bounce and turn and which one was going to scoot along the surface.

"You had to try and make sure you increased your pace so that the batsman didn't have time to adjust. It was easier on the third day, compared to the previous evening."

"The conditions here are very foreign and the conditions have been just about the opposite to anything we have got in Australia, that's for sure, but also playing cricket here in the past whether it was Test matches, one-dayers or T20s, the wickets have been different to those as well.It's been a big learning curve for everyone."

The sun is scheduled to be out for all the days of the Test match, however long that may be as no game in the series has lasted more than three days.

It will be a high of between 26 and 27 degrees Celsius on all the days.

With India having already won the series and broken South Africa's proud away record of going nine years unbeaten in Test series on the road, expect nothing much to change.

The surface came for the third Test in Nagpur came in criticism for breaking on Day one but the home team will not care, it could be a bunsen burner again, so win the toss and you have a huge advantage if you bat first.