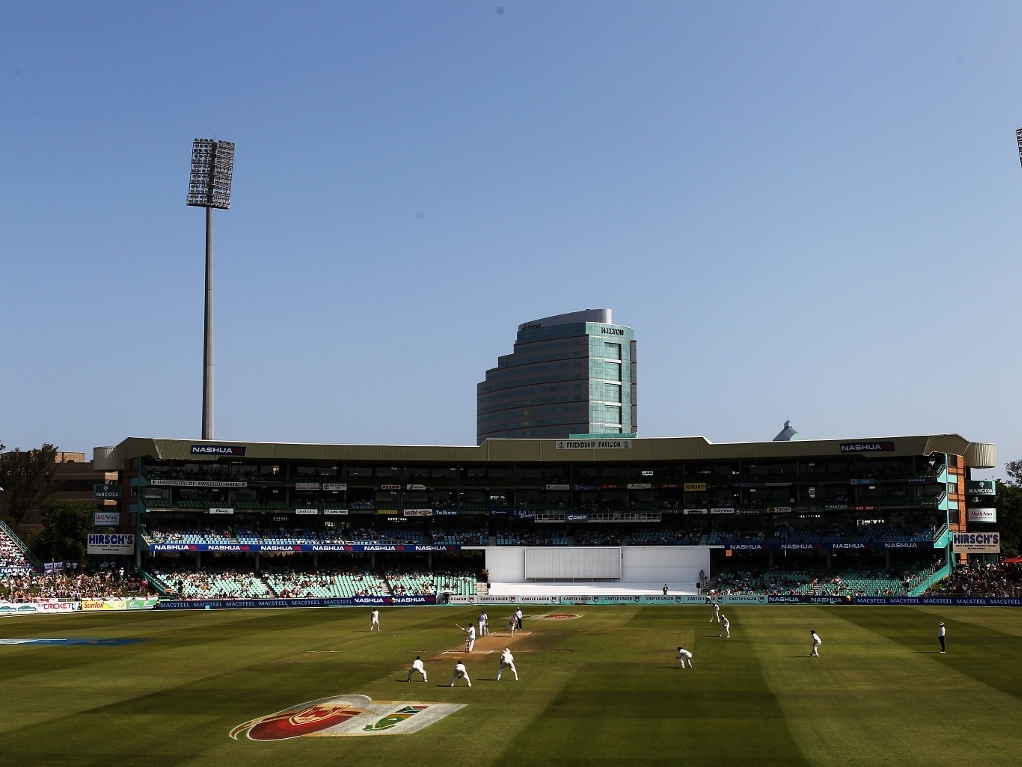 Little more than a stone's throw from the ocean, in the heart of the city, Kingsmead is located in humid Durban, home to sandy beaches and surfing.

Arguably the most famous match at the ground is when South Africa beat Australia by an innings and 129-runs in a Test match in 1970, with Barry Richards and Graeme Pollock causing havoc for the hosts.

The venue was also the scene for the last Test of South Africa's greatest ever Test cricketer thus far, Jacques Kallis, in 2013.

Kingsmead's easterly location means it is prone to bad light and the humid climate can result in powerful thunderstorms.

The Proteas beat India by 10 wickets in 2013 in the second and final Test to wrap up a one-nil series victory over the Asian team.

India won the toss and decided to bat first, putting up a total of 334 all out, with opener Murali Vijay scoring 97 while Proteas paceman Dale Steyn finished with figures of six for 100.

The home team responded with a massive 500 all out with Kallis, in his final Test, hitting a majestic 115 while there were three other fifties in the innings.

The visitors could only muster 223 in their second stint at the crease, leaving the Proteas with a small target of 59, which they chased down without losing a wicket.

Kallis has the most runs at Kingsmead with 1266 in 16 Tests. That tally includes five centuries and five fifties, however, Gary Kirsten holds the record for the highest individual Test score at the ground with 275 against England.

Shaun Pollock, who also played his domestic cricket at Kingsmead, has the most wickets in Tests at the ground with 44 scalps in 12 matches.

Proteas captain Graeme Smith after the win against India last year: "The wicket didn't make it easy for us. It's almost like we were back in India. The weather and the pitch made life a little more difficult.

"We had to work hard. To have the ability to turn it around and win like we did is a huge achievement."

South Africa coach Russell Domingo in 2011: "It looks pretty dry, which is probably not what we were expecting with the amount of rain they've had around.

"I know the nature of the pitch has changed over the last five or six years so we were thinking it would be a bit slower than what we've become accustomed to over the last ten years so it's going to be a hard Test match.

"It's not going to be a short 180-all-out game. It's going to be another tough Test under conditions which probably won't be of major benefit for us."

The first day might be the only one that will be affected by rain with the rest of the days looking good with temperatures varying from 25 – 29 degrees.

Kingsmead use to be known for it's bounce and carry in the early nineties with teams aften playing an all out pace attack when coming to Durban.

However over the last few years the surface has changed dramatically, with higher scores by the batsmen and spinners coming into the matches on Day four and five.