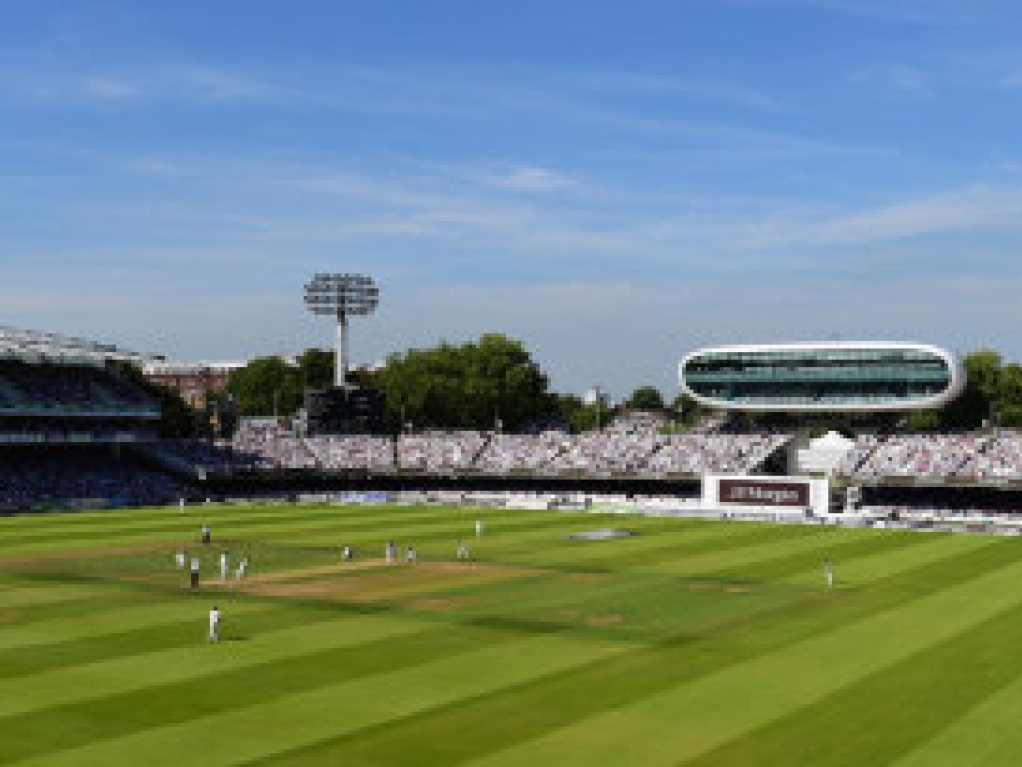 Overview
As the home of English cricket – indeed world cricket – it has been suggested that Lord's inspires the opposition more than it does the hosts.

Despite the MCC's reputation for stuffiness, the ground has been extensively redeveloped to keep it at the forefront of cricketing venues, and many of the additions are strikingly modern without diminishing the famous venue's historical power.

Last Time Out
The last Test match at the venue was in July 2014 when India were the visitors to England and the second Test of five-match series was played at the famous ground.

With the pitch covered in green grass, England captain Alastair Cook had no hesitation to send India in to bat after winning the toss.

The bowlers were not on point tough and India scored a creditable 295 all out with top-order batsman Ajinka Rahane scoring 103 valuable runs. James Anderson was England's best bowler taking four wickets.

The home side replied with 319 all out in more than 100 overs. Gary Ballance struck a century while Liam Plunkett showed some late-order defiance with 55 not out. India seamer Bhuvneshwar Kumar took Test best figures of six for 82.

India again did well in their second knock at the crease, racking up 342 all out. Opener Murali Vijay hit 95 while Ravi Jadeja and Kumar hit half-centuries.

England had a target 319 to chase but came up against some inspired bowling, especially from fast bowler Ishant Sharma. The beanpole seamer delivered the best spell of his career taking seven for 74 in 23 overs as the home team were all out for 223, giving India a 95 run win.

They Said
India spinner Ravindra Jadeja: "It was because of the foot marks, it was very difficult for the left-hander, as the odd ball was taking off, a few kept low and some turned square."

Sri Lanka's Kumar Sangakkara after their match in 2014: "Lord's is a very special place to play your cricket at, and Sri Lankans have done pretty well individually here. It feels very special to get on the honours board."

Happy Hunting Ground
Captain Alastair Cook is the highest run-scorer at Lord's in the England team. He has amassed 1238 runs in 18 Test matches at the ground, followed by Ian Bell who has scored 1222 runs in 16 matches.

For New Zealand, captain Brendon McCullum has played three Tests at the ground and got two scores in the nineties. He is due a big one at the famous venue.

The Black Caps would want to forget the last time they played at the Lord's. They were bundled out for just 68 in the second innings to hand England victory by 170 runs.

Weather Forecast
Most of the Test match should be played in typical partly cloudy English weather. Day two has forecast for 60% chance of thundershowers. The rest of the Test should be fine but in London you never know.

Conclusion
For a few years Lord's was a very flat wicket that had tons of runs in it, and no results. However the last two Test matches have been exciting affairs that produced equal quality between both bat and ball.

If it is cloudy the skipper that wins the toss might look to bowl first.