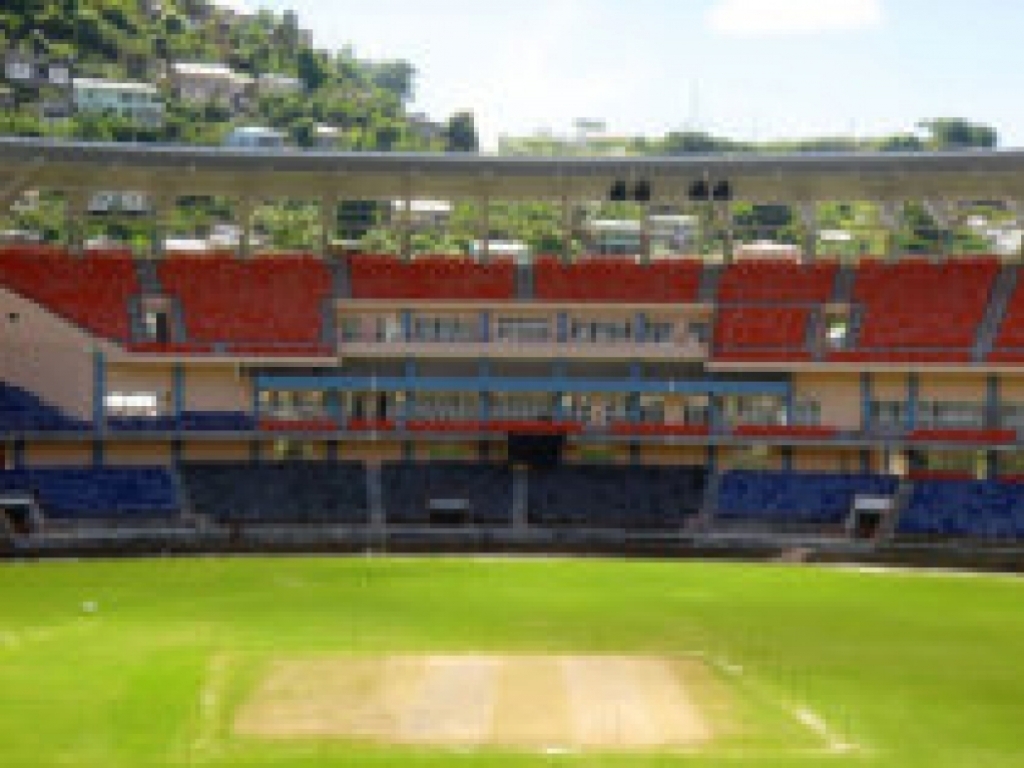 It's fast-tracking from a fairly basic venue to an international came about as part of the region's build up to the 2007 World Cup, and Grenada benefited greatly from the investment. The construction of the $5 million stadium, which lies adjacent to a football and athletics ground, changed the face of Grenadian cricket.

The presence of St George's University, which is now the home of the West Indies' Cricket Academy, has also helped push the ground's case, after it was damaged by Hurricane Ivan in September 2004.

The most recent Test at the ground was in July 2009, when Bangladesh visited the Caribbean. It was not a happy occasion for the home team as they had there usual money problems between the players and the West Indies Cricket Board.

This lead to more than 15 first-choice players making themselves unavailable for the series against the Tigers, forcing the selectors to pick unknown players from the regional first-class competition.

The Tigers won the toss and fielded first, bowling the home side out for 237 in the first innings. Half-centuries from Travis Dowlin and Dale Richards helped the Windies cause while spinners Enamul Haque Jnr, Mahmudullah and Shakib  Al Hassan all took three wickets for the visitors.

Bangladesh scored 232 in their first knock with the top-scorers being Raqibul Hassan, with 44, and Mushfiqur Rahim with 48. Fast bowler Kemar Roach was the star for the hosts with figures of six for 48.

In their second innings the home team were bundled out for a disappointing 209. Dowlin showed some fight with 49 while allrounder Dave Bernard scored 69. Al Hassan was the star with the ball taking five wickets.

With the Tigers in pursuit of a target of 215 to win, they stumbled but eventually won on the fourth day. Raqibul got 65 batting at number four while skipper Shakib steered his team home with a brilliant 96 not out.

Grenada's cricket chief, Cecil Greenidge, on the low crowd attendance:  "It was a great disappointment. In fact it was a disaster."

There is only two matches to draw from so we cannot read to much into the stats of the ground. Chris Gayle played one innings at the venue and scored 204, so he is the top run-scorer, while Shakib Al Hassan took eight wickets in the 2009 Test match.

The weather forecast for the first day is for partly cloudy skies and a high of 29C, but more importantly no rain. The rest of the match should be fine with the sun out on the Caribbean Island.

Going on the basis of only two games played at the stadium, it is a pretty decent pitch to bat on, if you get yourself in. The deck should take turn later on in the match as the pitch has wear and tear.