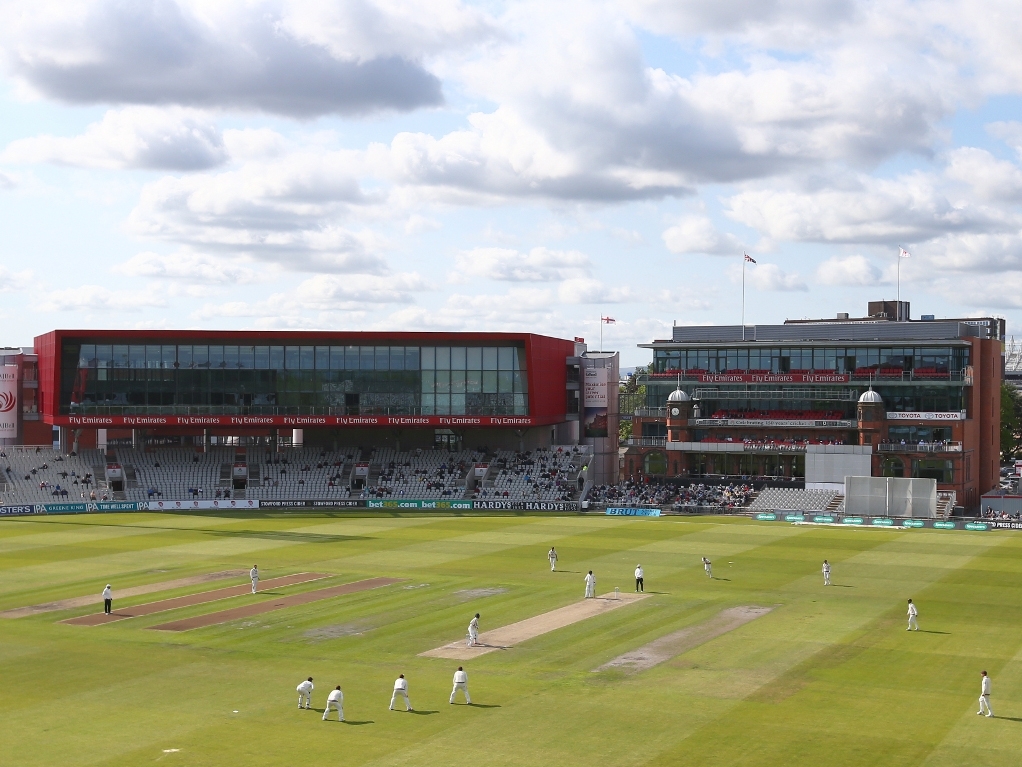 From Jim Laker's 19 for 90 against the Aussies and Dominic Cork's sensational hat-trick against the Windies to Shane Warne's so-called 'Ball of the Century' to Mike Gatting, England's second-oldest Test ground has played host to many memorable occasions over its rich history.

The recipient of a major makeover, a move largely prompted by its failure to crack the nod ahead of Swalec Stadium, Cardiff for a 2009 Ashes clash, Old Trafford broke a three-year hiatus from Test cricket in 2013.

The Manchester marvel has, indeed, undergone considerable transformation. An overhaul of the pitch, the erection of permanent floodlights, thousands more seats in state-of-the-art stands, upgraded media and player facilities and the standardisation of the ground's look and feel via matching scoreboard and video screens are just some of the highlights.

The most recent Test here was in 2014, when India visited and found themselves on the receiving end of an innings defeat. they opted to bat first, as one does here, but Stuart Broad's six-fer saw India skittled for 152.

England replied with 367 all out, thank to a late half ton from Jos Buttler and an early one from Ian Bell. Bhuvneshwar Kumar and Varun Aron took three wickets each, showing that pace was still dominant early on.

Spin came into play though, as Moeen Ali took four wickets to see India all out for 161 in their second dig. The game was over with more than two days to spare, and Broad was man of the match for his day one heroics.

India skipper MS Dhoni after the above defeat: "Once you see off the first 20-25 overs, when the ball is hard and new, it gets relatively better for the batsmen to bat. You just have to pull the bowler towards you rather than going outside off and looking for the big shot. If you can look to push them to bowl to you actually you can control the swing much better and you can play your strokes. That is something to an extent we lacked."

Pakistan fielding coach Steve Rixon this week: "This pitch will suit both forms of our attack. I think our seamers will do very well here with the extra bounce. They had a role to play in the last game, but probably didn't start as well as they would have liked."

England's Ben Stokes this week, on Yasir Shah: "They are a very good team but we go into the Test match knowing how he goes about bowling and we should be able to counteract that. (The conditions are) another thing we will have to try and adapt to and we'll just see how it goes."

Of the current players in the England squad, England skipper Alastair Cook has the best record here, having scored two tons and two fifties in six Tests, averaging a touch under 50. Ian Bell, not in the frame right now though, averages nearly 80 across seven Tests.

James Anderson is the best of the current bowlers, with 17 wickets in five Tests, though Stuart Broad was the best bowler in the most recent Test here in 2014.

Pakistan last played here in 2006, and of that team only Younis Kahn remains. He made scores of 44 and 62, but Pakistan still lost by more than an innings.

Temperatures are set to stay in the low 20s, if that, while rain could play a small role. There is set to be cloud cover most days, which will assist the swing bowlers, though days four and five will be nice and dry for the spinners.

England have not lost here since 2001, against Pakistan interestingly, and the toss-winning skipper almost always opts to bat first. You have to contend with a swinging ball early on, but you don't want to bat last on this deck, which tends to help the spinners from day three onwards. Something for everyone in this deck, though batting is trickier than at many other grounds.