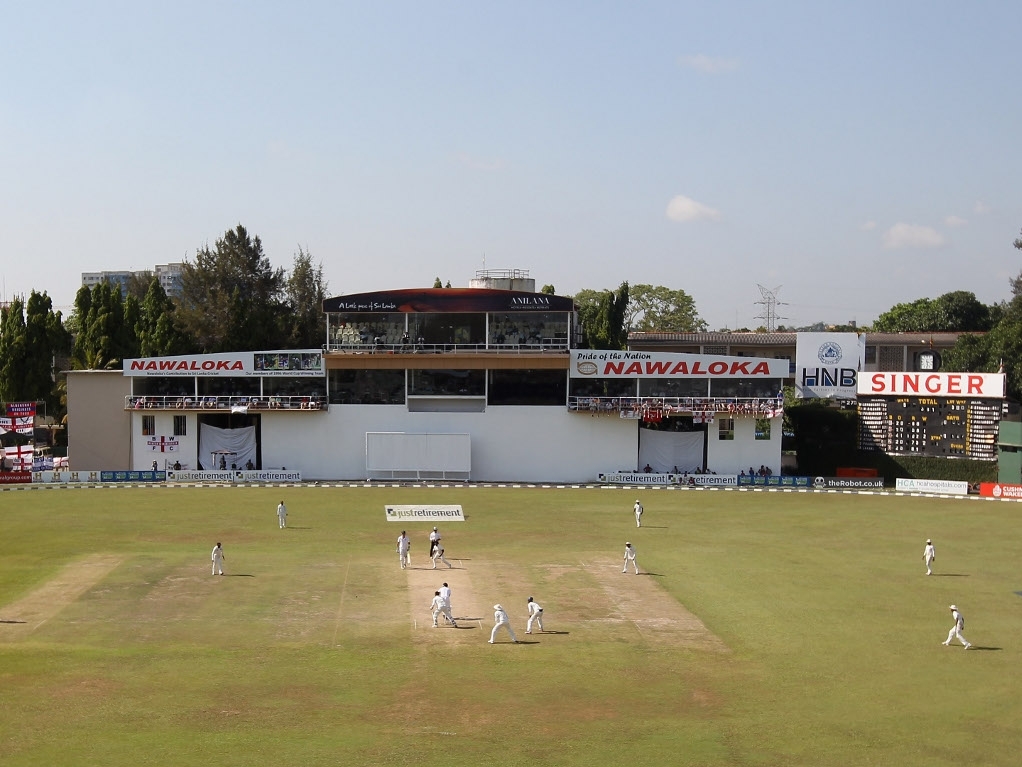 The ground hosted Test matches from 1982 until 1994, when it had and eight year wait to host international cricket again, against Bangladesh in 2002.

The venue underwent a major revamp before the England tour and before the 2011 World Cup after it received criticism from local and international media.

The most recent match was in May this year, when Sri Lanka beat Pakistan by seven wickets before lunch on day five. Pakistan had won the toss and opted to bat, as is customary in recent years at this ground.

They did not take advantage of the relatively new deck though, and with paceman Dhammika Prasad ripping out the top order, and Tharindu Kaushal bagging a five-fer with his spin, they were all out for 138.

Spin was again the destroyer in Sri Lanka's first innings, with Yasir Shah taking a six-fer for Pakistan, but the hosts still managed to make 315. Kaushal Silva and Angelo Mathews made half tons.

Pakistan were much improved in their second dig, thanks to an Azhar Ali century and a half ton from Ahmed Shehzad, though Dhammika did manage to add four more wickets to his tally.

As such, Sri Lanka needed just 153 to win, and they did so inside 27 overs, despite Yasir taking two more wickets.

Sri Lanka batsman Ahmed Shehzad: "The way pitch started from day one it was very much bouncy, but it's day three and it's quite slow, especially after the tea session. It's changing the behaviour as every day passes but this is what the beauty of Test cricket is and you have to adapt yourself quickly, maybe over by over."

Sri Lanka captain Angelo Mathews after the game: "We wanted to bat positively because we were not sure about the rain. So we gave green signal to play positively. It's easy to get bogged down. The conditions were helpful, I liked bowling here."

Paceman Dhammika Prasad, the Man of the match: "I am really happy with the way we played. I tried to bowl in good areas. We had a plan before this game and I executed it very well."

You won't be shocked to learn that the leading run-getter here is Kumar Sangakkara, with 11 Tests. He's got two tons and four fifties here, averaging a touch over 50. Angelo Mathews is the next best current batsman, averaging 53.

Spinner Rangana Herath is the best current player here, with five Tests to his name. He's taken 25 wickets at an average just above 23, while Dhammika Prasad has 13 wickets in three games.

Of the current India players, only a handful played in the 2010 fixture here, with spinner Amit Mishra one of the better batsmen, making 40. He also took four wickets, while Ishant Sharma took three.

Oh dear. Every day is set to have rain, a high chance of it too, but hopefully they'll be late afternoon thundershowers. Weather in the region at this time of year is not the best, so hopefully we'll get the bulk of the game played.

If ever there's a ground where India can level the series, it's this one. Sri Lanka lost three of their last four games here, and the side that wins the toss will want to bat first and bat long before the deck starts to take turn.

As we saw in Galle, the bulk of the players in this series have struggled against spin recently, so Herath and Mishra could be in business early on again.