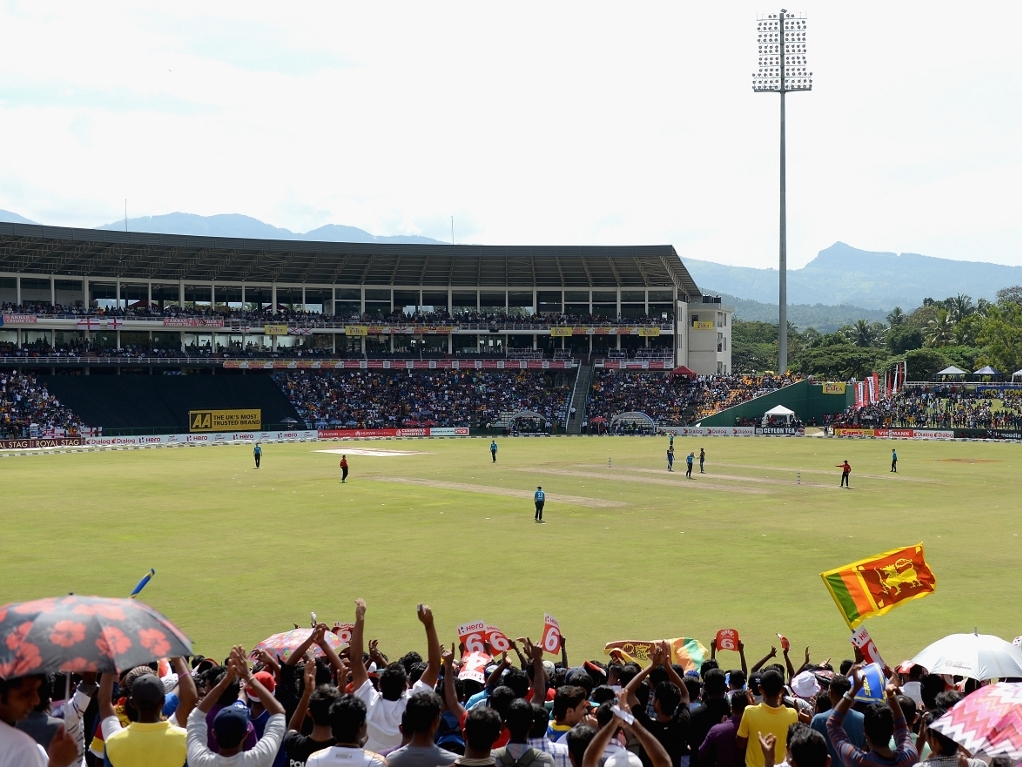 Originally billed as the 'Centurion of the East', the title does neither ground justice in truth. While the comparison came about due to the fact that both grounds have low grass banks making up two sides of the stadium – giving them an open, friendly feel – the settings are completely different.

Pallekele is surrounded by lush rolling hills which make for a picturesque background, and is a scenic 11 kilometre drive from Kandy in Sri Lanka's Hill Country.

One of two grounds that was built from scratch for the 2011 World Cup, it has been unofficially renamed the Muttiah Muralitharan International Cricket Stadium in honour of the former Sri Lanka offspinner.

Pallekele hosted its first Test in December 2010, when persistent rain allowed Sri Lanka and the West Indies just 103.3 overs in total over the five days.

The most recent of the three Tests to date was played in July 2012, where the hosts and Pakistan played to a draw. Most of day two was lost to rain, as we imagine this upcoming Test will suffer a similar fate.

Sri Lanka won the toss and opted to bowl, Pakistan were skittled for 226, with Thisara Perera taking four wickets. Asad Shafiq was the top scorer with 75, and the only batsman to pass 40.

Centuries from Shafiq and Azhar Ali in the second innings ensure Pakistan made 380 for eight declared, with the rest of the order not really contributing. Rangana Herath and Dilhara Fernando shared the wickets between them.

As such, Sri Lanka needed 270 to win and more than 60 overs to do it, but could only make 195 for four before day five came to a close. Kumar Sangakkara ended the knock on 75 not out at his home ground.

Kumar Sangakkara is the leading run-getter here, but is not playing in this match as he's playing for Surrey. Mahlea Jayawardene is another leader, but he's retired, meaning the top current Sri Lankan is skipper Angelo Mathews. He's played all three Tests here, scoring just 79 runs.

For Pakistan, Asad Shafiq is the top man here, after his half ton and century the last time out, while Azhar Ali's ton also puts him near the top. Pakistan have only played on Test here though.

Bowling-wise, Rangana Herath is by far the leading wicket-taker, the only one to reach double figures. He has 11 wickets in two Tests, and the next best is six to Junaid and Saeed Ajmal.

Pakistan captain Misbah-ul-Haq: "The pitch was live for first two days and after that it was really flat, nothing on it, if it would have been a five-day match, we could have had a result."

Asad Shafiq after his second innings ton: "It was challenging, I had to build a partnership. I would like to thank Adnan the way he played."

The rain is, unfortunately, going to play a part again this time. It's monsoon season, so the players will be hoping the forecasts for heavy rain nearly every day are wrong, and that like in Colombo, the predictions prove incorrect.

With three years passing since the most recent Test, it's tough to say how the deck will behave. In shorter formats, Pallekele is good for the batsmen, but past experience has shown that after two days the deck begins to slow and crumble. Batting last will be a challenge.