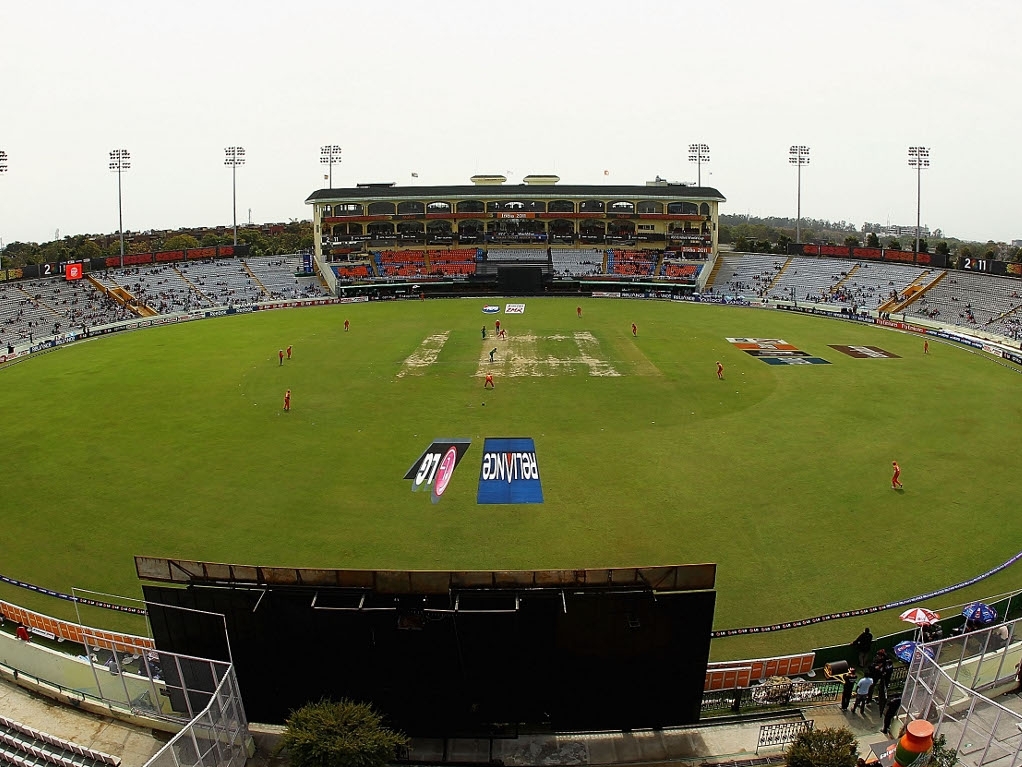 Most of the ground is made up of low uncovered stands with a trench separating spectators from the field which becomes a moat when there's been some rain about. But the Pavilion stand gives the ground a new-age feel as the facilities on offer are of a world class standard and are less than 20 years old.

At the City End there is a slim, tall stand which gives spectators an excellent view of the match from behind the bowler's arm, and behind it one will find the superb practice facilities.

The most recent match here was in March 2013, when India beat Australia by six wickets late on day five. Australia had won the toss and opted to bat, and a string of big half centuries saw them record 408 all out.

Steve Smith and Mitchell Starc both reached the 90s, with Starc out for an agonising 99, while Ed Cowan and David Warner added fifties as well. Ishant Sharma took three wickets, but the spinners shared the rest between them.

India then made 499, with openers Murali Vijay and Shikhar Dhawan putting on 289 for the first wicket. They both made 150-plus scores, and Virat Kohli got a half ton, but the rest of the order were removed cheaply. Peter Siddle bagged five.

Australia's second dig saw them all out for 223, with Phil Hughes the only half centurion, as India's bowlers shared the wickets again. Ravi Jadeja was the pick, taking 3/35.

As such, India needed just 133 to win, and while they lost four wickets, MS Dhoni's cool head saw them home after tea on the final day.

India skipper MS Dhoni after the above Test: "We have exploited the conditions well. Even the fast bowlers have done well despite conditions helping spinners. The pitch got better to bat on a bit. There were foot marks, but I don't think it was alarming."

SA batsman Faf du Plessis this week: "We've played really good cricket but we understand that Test cricket is still going to be the hardest challenge with the wickets deteriorating and suiting India even more. But we've practised well, we've planned well and we're really hungry to play Test cricket."

SA paceman Dale Steyn this week: "One of the key things I have done here is to bowl fast. Pace through the air is really important. With the wickets being on the slow side, anything from 135 down – batters are able to make the adjustment when the ball hits the deck.

"It's the guys that bowl 145 plus, that really rush batters because it gives them a lot less time to be able to adjust when the ball is reversing or there is a bit of something off the deck. But control is another thing. You have to land the ball in the right area."

As this ground is not used very often for Tests, most of the India players have only got one or two Tests under their belts. Of the batsmen, Murali Vijay and Shikhar Dhawan played here once, but did well and average around 100 each. Virat Kohli also has one Test cap here, averaging 101.

Bowling-wise, Ishant Sharma has 12 wickets in four Tests, while Ravi Jadeja took six wickets in the one match he played here.

The Proteas have never played here.

Day one could see a bit of rain in the afternoon, but the rest of the match is set to be clear and hot, with temperatures hovering around 28. As such, the deck will probably start breaking up quite quickly.

One imagines the toss-winning skipper will opt to bat, as one doesn't want to be trying to score runs on day five on this deck.