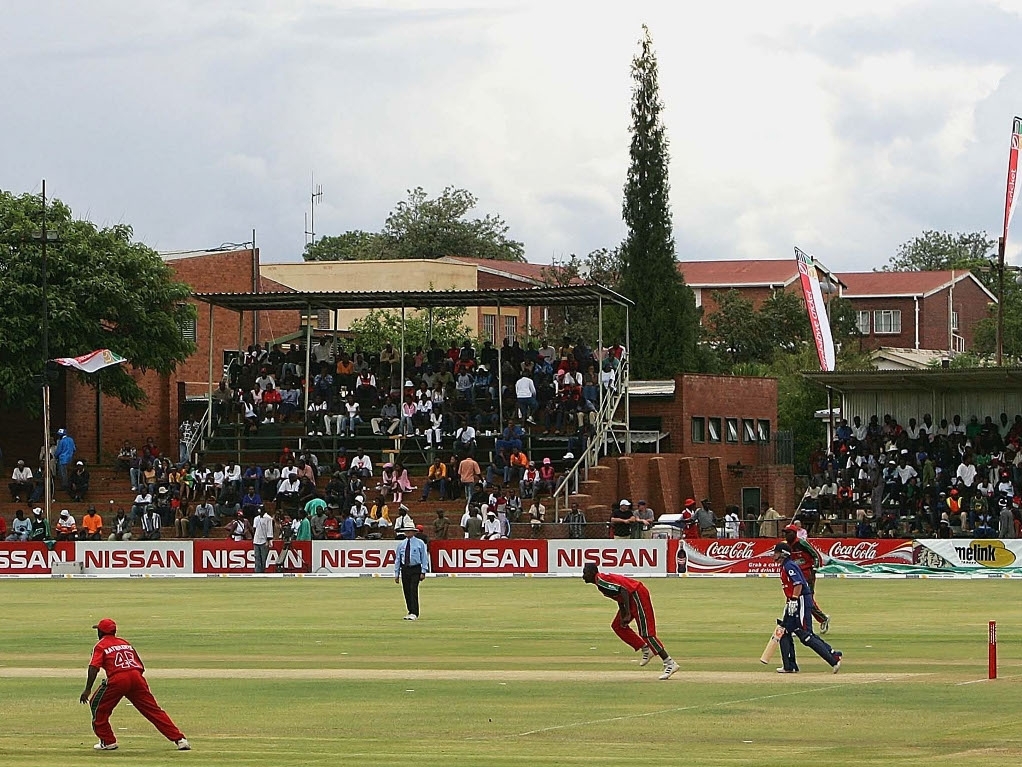 Named after Queen Victoria, Queens Sports Club is situated close to Bulawayo’s city centre and serves as Zimbabwe’s second Test ground, having taken over that duty from Bulawayo Athletic Club in 1994.

Although it received a facelift ahead of the 2003 World Cup it has retained its traditional charm, with big trees providing shade to those on the grass banks on one side of the ground and an old pavilion on the other.

The ground has not been a stronghold for Zimbabwe, who have only ever won one Test here, and that against a Bangladesh side who were still new to Test cricket.

It is therefore best remembered as the venue for the dramatic draw between Zimbabwe and England in 1996, when Nick Knight was run out attempting what would have been the winning run, as well as playing host when Paul Strang achieved the best innings figures by a Zimbabwean bowler in a Test – 8 for 109 against New Zealand in 2000.

The most recent Test here was in 2011, against New Zealand, who won the match by 34 runs by taking seven wickets in the evening session on day five. Zim were well on their way to a draw or win, but Doug Bracewell ripped through the lower order.

The Kiwis had won the toss and opted to bat, recording 426 all out thanks to a Martin Guptill century. Chris Mpofu was the star for the hosts, taking four wickets.

Zim then made 313 all out, with Vusi Sibanda's 93 the top score. Spinner Dan Vettori took five wickets on the slow deck. New Zealand's second dig saw them add 252 for eight before declaring. Kyle Jarvis bagged five wickets with pace.

This left the hosts needing 366 to win, and the Kiwis were not as safe as they'd thought they'd be. By tea on day five, the hosts were on 265 for three and eyeing a win. But it was not to be.

Brendan Taylor made a century to get them into a good position, but Bracewell's five and Dan Vettori's three broke the resistance as Zimbabwe collapsed dramatically in the evening to throw the game away.

Dan Vettori after the above game:  "Luckily the ball kept low in the final session but we bowled really well, especially Doug Bracewell. I though Brendan Taylor's innings was class and it was only once we got him out that we believed we can win."

Doug Bracewell: "It was a great comeback. We stuck at it after two hard sessions. At tea, Rosco just said we need to slow the run-scoring down and attack the new batsmen. It was a really tough wicket to bowl on so it makes the five-for even more special. We'll be having a few cold ones tonight."

New Zealand batsman Tom Latham this week: "The conditions are low and slow compared to what we have back home and we need to adjust to it…It is about [being] patient and playing the long game. It is more about the patience side of things, you are not going to go and blast quick runs over here.

"So, it's about the patience game, and wear the bowlers down, and bat for a day or four sessions, and that is probably the biggest thing for the whole batting group."

Hot and sunny. Not a cloud in the sky, according to the forecasts.

With the weather set to play along and allow a full five days potentially, this also means the already sluggish track will dry out even further and crack up a bit, giving assistance to the spinners.

Honestly though, the disparity between the teams should mean that the Kiwis will be able to combat almost any bowling thrown at them, while trusting their own bowlers to take 20 wickets.

The toss winner will likely bat first, and hope to bat only once before the track deteriorates.