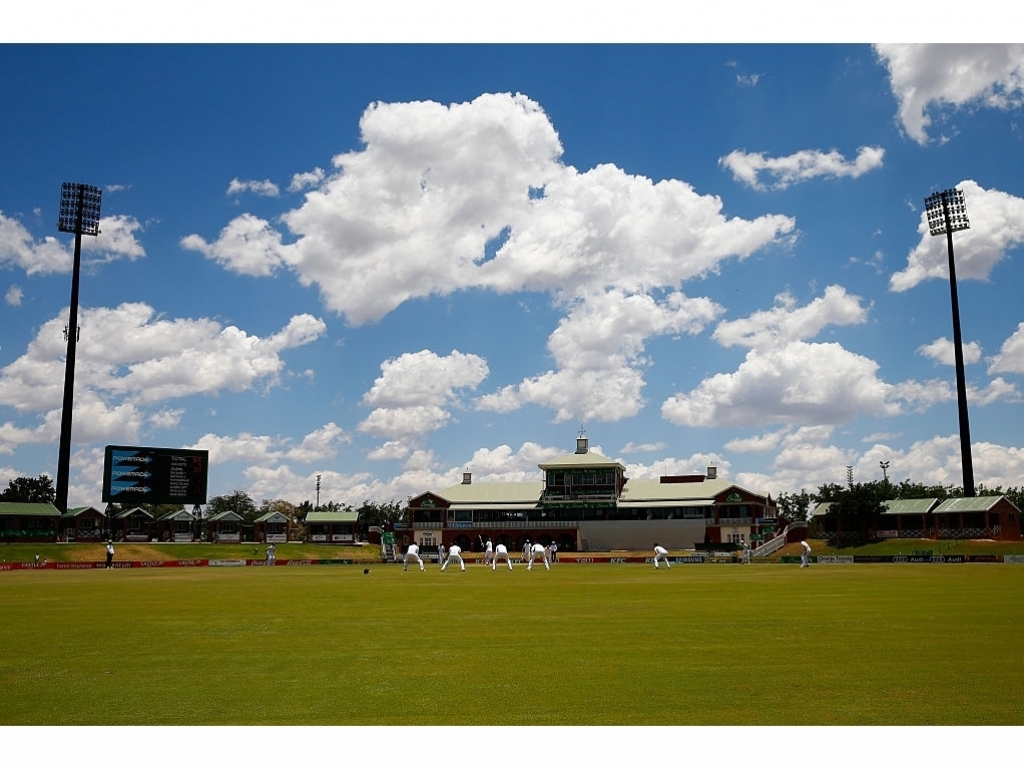 Formerly known as the North West Cricket Stadium, the ground was renamed to Senwes Park as of 2008, due to a naming rights agreement.

It was previously known as Sedgars Park and is situated in Potchefstroom, South Africa.

It is the home to the North West Dragons provincial team, and is one of South Africa’s newer international grounds.

January 2000 saw the start of building the main pavilion. In June of the same year, the stadium lights were functional. It was first used in October 2000 for a match between South Africa and New Zealand. Nicky Boje ensured the occasion would be remembered when he blasted an unbeaten 105 off only 93 deliveries, but the match was ultimately rained out.

During October 2002 the electronic scoreboard was operated for the first time when the venue became a Test ground hosting the second Test between South Africa and Bangladesh. Herschelle Gibbs, Gary Kirsten and Jacques Kallis all scored centuries, as the Proteas raced to an innings and 160 runs victory.

During the 2003 World Cup the North West Stadium hosted three contests, including the match between South Africa and Kenya during which Jonty Rhodes broke his hand, bringing an untimely end to his international career; he had planned to retire after the World Cup.

On the days when international matches are not played (which is pretty often), the franchise team, the Highveld Lions roar in the cool shades of Senwes Park.

Some of the other events hosted at the venue include International qualifying tournaments for both male and female teams, concerts like the Aardklop National Festival and Carols by Candlelight, national teams like the SA Women team, England and Scotland, Franchises such as the Highveld Lions and Kolkata Knight Riders, numerous counties and Indian touring teams.

It is probably the only stadium in the world that has the privilege of having been a part of hosting two World Cup winners – Australia cricket 2003 and the Spain football team in 2010.

New to Test cricket Bangladesh were no match for the Proteas pacemen who ran through them with ease in both innings.

Hannan Sarkar was the only man to pass fifty for the visitors, each of the Proteas seamers bagged two wickets in the first innings.

Herschelle Gibbs, Gary Kirsten and Jacques Kallis all tonned up for South Africa and they would close out an innings and 160 run win.

None of the current group of players have played a Test at Senwes Park.

“It is good to bat and on and the outfield is extremely quick, right now I’m not too sure, we will have to see.

“There is still something in the wicket for the bowlers but they are good batting conditions. There is good bounce and pace, it will be interesting to see how this one plays.”

It should be warm and dry for the first three days with some rain around on Sunday and Monday but we should get a result.

The usually batsman-friendly Senwes Park wicket is likely to be sporting more grass than normal when the strip is unveiled but the bounce should be true.

We look forward to a cracking contest between bat and ball with the spinners perhaps coming into the game later on.