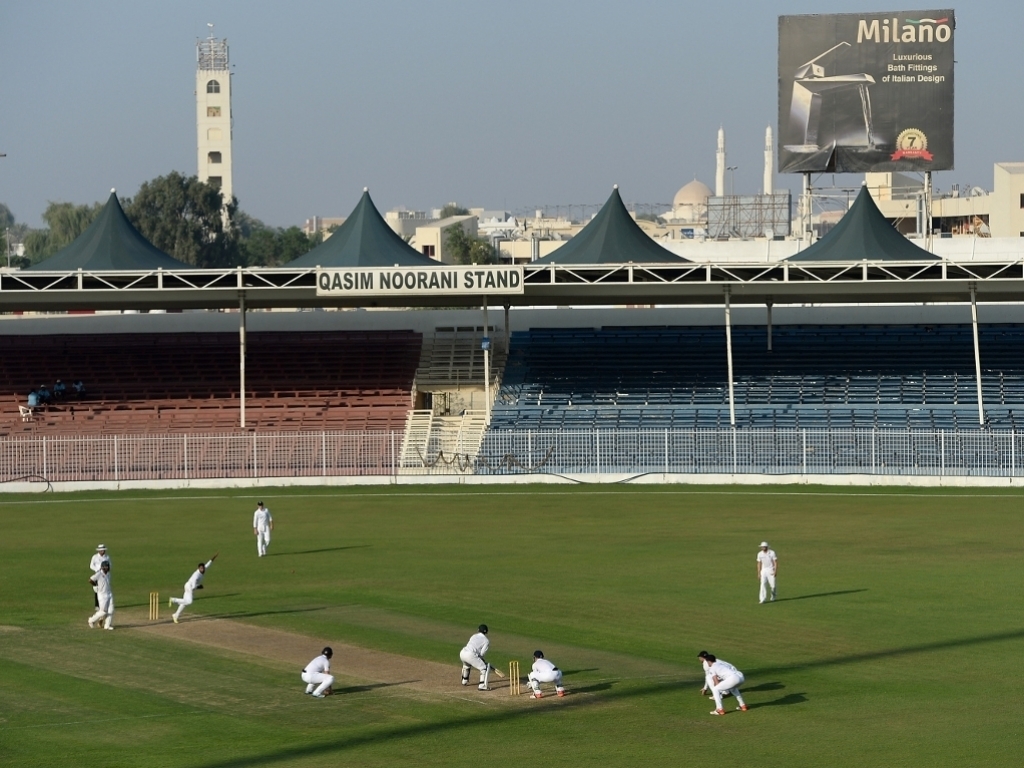 Once the region’s premier cricket ground but lately playing third fiddle to its grander successors in Dubai and Abu Dhabi, the Sharjah Cricket Association Stadium returned to Test cricket, after a nine-year break, in 2011.

Mohammad Hafeez powered Pakistan to victory with a big hundred after the hosts gave up a first innings lead.

England collapsed in the fourth innings on a turning track.

No surprises here, Misbah-ul-Haq and Younis Khan are the leading runscorers  at this venue with the latter having scored 552 runs here.

Yasir Shah has taken 11 wickets in Sharjah in two Tests and needs five at the venue to level Shane Warne as the all-time leading wicket-taker at the ground.

No current West Indies players have played a Test here.

England fast bowler James Anderson: "In these conditions you've got to try and get something out of it as a seamer, you try all sorts of things. We've had the keeper up at different stages, you bowl offcutters and things like that.

"It has been frustrating as well because you need people to go after you on these wickets to get the chances, so that is why we've set certain fields and try to be aggressive with our plans."

Hot and dry or maybe dry and hot those are the possibilities.

Batting first will represent possibly the only chance the West Indies have at winning or even salvaging a draw from this Test and avoiding a complete shut out across all formats on this tour.

As the match wears on it will turn more and more and the seamers will have to work really hard to get anything from the surface.