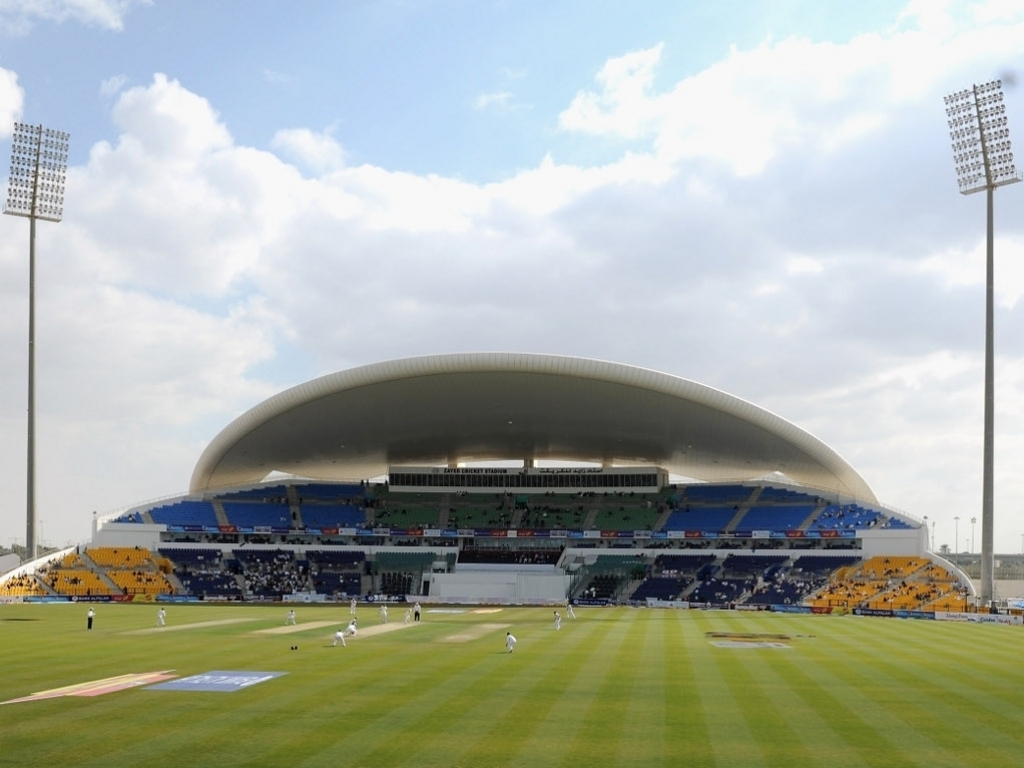 Named after president Sheikh Zayed bin Sultan Al Nahyan, the ground is situated on the outskirts of the suburbs and cost in excess of 22 million US dollars to build.

While its UAE neighbour Dubai brags an innovative lighting system, dubbed the 'ring of fire', and lavish stands, changing rooms and pavilion, this more modest arena makes do with standard floodlight pylons, twin grass embankments on either side of the pitch and air-conditioned glass rooms.

Shade is hard to come by for spectators, who need to drive about 30 minutes from the city centre to get to the ground.

The most recent Test here was a year ago, when Pakistan and England played to a draw to maintain Pakistan's unbeaten record at the ground.

Pakistan won the toss and batted, usually a winning option for them here, and put on 523 for eight declared, thanks to a Shoaib Malik double ton. Ben Stokes took four wickets but the bowlers toiled.

England then recorded a massive 598 for nine, with Alastair Cook bagging the double this time. Wahab Riaz took three wickets as pace continued to have  bit more of an advantage.

Spin took over then though, as Adil Rashid bagged a five-fer and Pakistan were all out for 173. This left England needing 99 to win with just 11 overs to go.

They tried to get there, but could only record 74 in those few evening overs as they tried to T20 their way to a Test win.

The two best batsmen at this ground are Misbah and Younis Khan, both of whom will be playing against the Windies. Misbah tops the charts with an average of 99.77 and five centuries, while Younis has three tons in eight Tests.

Bowling-wise, spinner Zulfiqur Babar is the leading wicket-taker here, with 20 scalps in four Tests. Yasir Shah and Rahat Ali each have nine, though Yasir's came in just two Tests.

The West Indies have never played a Test here.

Alastair Cook after the above: "I can't fault the guys, on a really flat wicket, conceding 500, we had to hang in there. The wicket did start deteriorating at the end."

Pakistan skipper Misbah-ul-Haq on England's batting: "The pitch also helped them, not much turn and bounce."

Very, very hot. Not a cloud in the sky. Ice packs will be required.

Whilst there will be some turn for the slow bowlers to work with later on, Abu Dhabi isn't the worst ground in the world for seamers to bowl at on days one and two. After that, it's flatter than a desert road.

The wicket is generally a bit on the slow side and while it can be a haven for batsmen – six double centuries have been scored in the eight matches there – it's not a surface where it is particularly easy to force the pace and patience is often rewarded over power.