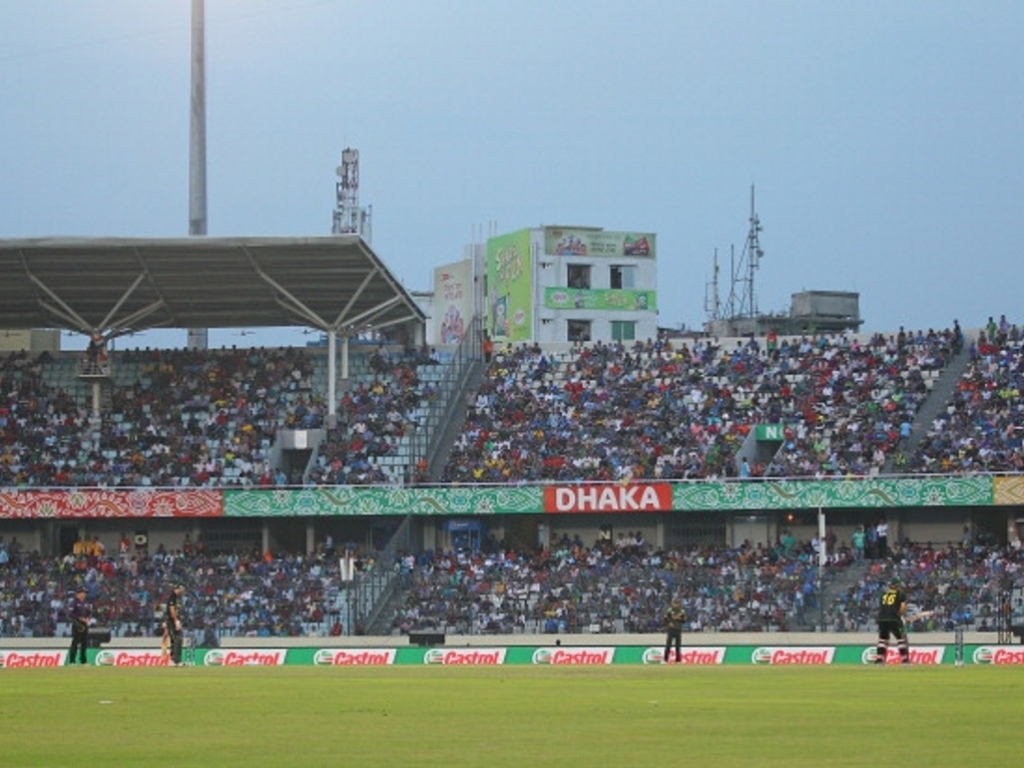 A century from Tamim Iqbal looked to have set the hosts up for a big total but only Monimul Haque joined him in posting a decent score and they would be bowled out for 220 as Moeen Ali grabbed five wickets.

England claimed a slender first innings lead when they posted 244 with Joe Root the only batsman to pass fifty for England though a pair of 40s for Adil Rashid and Chris Woakes kept England in the game as Mehedi took 6/82.

Imrul Kayes 78 and handy contributions from Tamim, Mahmudullah Riyaz and Shakib-al-Hasan gave the tigers something to bowl at with the total reaching 296 leaving England chasing 273 to win.

In the end England would crumble to 164 all out and the series would be shared.

This is Shakib country, he tops both runscoring and wicket-taking lists at the venue scoring 1144 runs at an average of 44 and taking 49 wickets at 35.12.

“I think they had some practice on that wicket a week or so ago, so it’s been used.

“They’ve put some grass clippings down to make it look a bit greener than what it is.

“But it’s pretty dry underneath. I dare say it’ll be pretty slow and take some spin, particularly as the game goes on.”

“Sometimes there’s a part-timer that can come on to try and break a partnership but your two spinners have got to do the bulk of the bowling and get the job done.”

There is a high probability of rain on all five days of the Test which is what you get when you schedule matches in monsoon season.

The high chance of rain is perhaps the only thing standing in the way of a result on a wicket that traditionally favours the batsmen.

The skipper who wins the toss is likely to bat first with the ball likely to start turning square on day four and five.