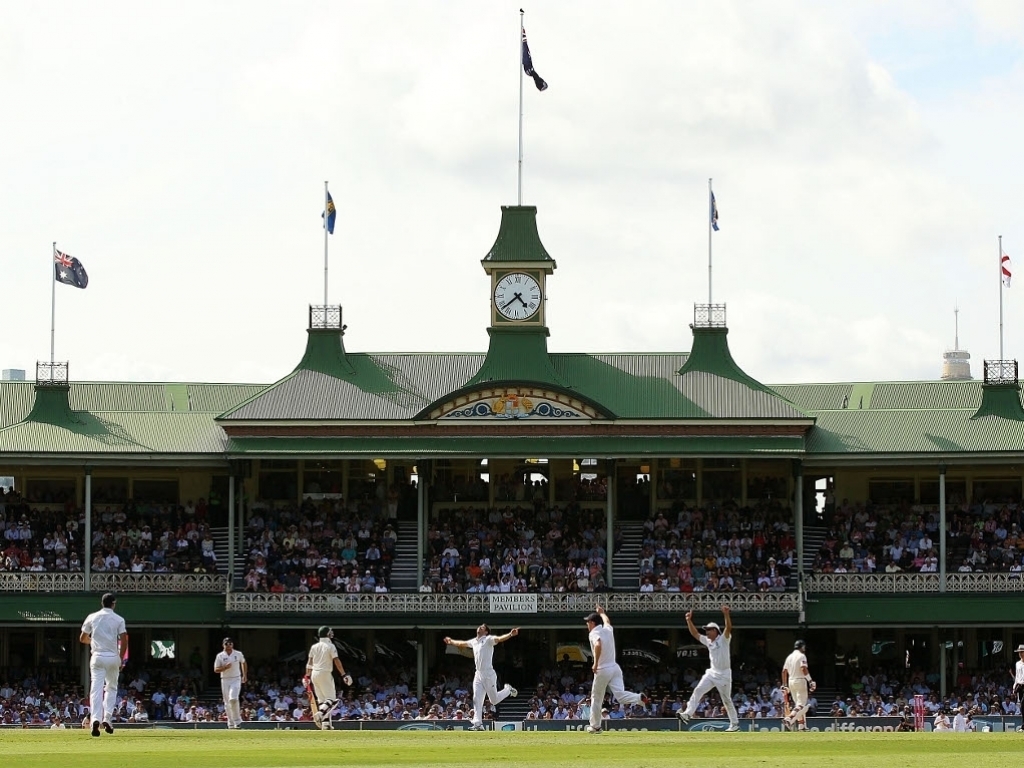 The first Test of 2014, on 2 January, was the most recent five-day match played here, and Australia beat England by 281 runs, with two days to spare, to wrap up the Ashes five nil.

England won the toss and oddly chose to field first, an unusual choice in recent years. It initially looked a good one though, as the hosts were reduced to 97 for five thanks to the pace of Broad, Stokes and Anderson.

But a century stand between Steve Smith and Brad Haddin rescued the situation and they advanced to 225 before Haddin departed for 75. Smith continued on to make his century, as the Aussies were all out for 326 on day one.

England's top order was even more abysmal, as they lost five wickets for just 23 runs. Stokes made 47, but England were skittled for 155, with Harris, Johnson, and Siddle taking three wickets each.

The Aussies then relied on a Chris Rogers century to score their 276 all out, another poor team effort. But it was enough to give England a target of 448, which they came nowhere near getting, all out for 166, and Harris bagging five.

Ryan Harris on the pitches in the India series: "I don't think the wickets have been as fast and bouncy. Obviously we've got results in two of the Test matches. But again as a bowling group we're always going to say we want a bit more bounce and grass. That goes without saying. And that's what we had last year and that's where he (Johnson) excelled. Going on last year [Johnson] was able to do that because (of) obviously what Sidds and I were doing but also the pace in the wickets. But not having that there is probably a little bit frustrating."

Former Oz skipper Ian Chappell: "I think what India have got to do, I don't know if they've got the players to do it, but I think they could go with an attack of three quickies and two spinners. I don't know much about Patel who has come out to replace Jadeja, but I think if they can go for three quickies and two spinners, that would be the right combination for Sydney."

Steve Smith on picking Ashton Agar to face India: "We'll just have to wait and see what the wicket is like. We're not too sure what it will be like. Last year it had a bit of grass on it and previously it's been quite a spin friendly wicket. So I think it's more of a see how the wicket is and if he's needed then he can play."

The only current Australian batsman anywhere on the run-scoring list at the SCG is Michael Clarke, and he's not available. On recent form, the best bets are Chris Rogers and Steve Smith, with the latter in superb for in this series, so he could bat anywhere and score runs.

Bowling-wise, the Aussies will be without their best current paceman in Mitchell Johnson, as he is injured. Next on the list is Peter Siddle, who has taken 21 wickets in six Tests, at an average of 28.14.

India last played here in 2012, and of that side only Virat Kohli, Ravi Ashwin and Ishant Sharma remain, now that MS Dhoni has retired. Of those, only Ashwin managed to score some runs, but took no wickets. Ishant took one as the Aussies scored nearly 650 runs.

All five days are forecast to have some cloud cover, though only day one appears to be at risk of substantial rain. The temperature is set to be close to 30 every day, with thundershowers always a possibility.

Australia are contemplating a second spinner for this Test, and India are as well, but traditionally it is a deck that plays to the fast bowlers. It's not a total greentop though, as spin becomes more effective as the game progresses.

One imagines the Aussies will bat first if they win the toss, eager to make sure of big runs on a new track against a pace attack not as good as their own. Their batting order is in good form, so they will hope to bat long and bat once.

They will have the added motivation of playing for Phillip Hughes, as this is their first match here since he was struck by that bouncer, and as we saw in the first Tests, that motivation has never faltered.