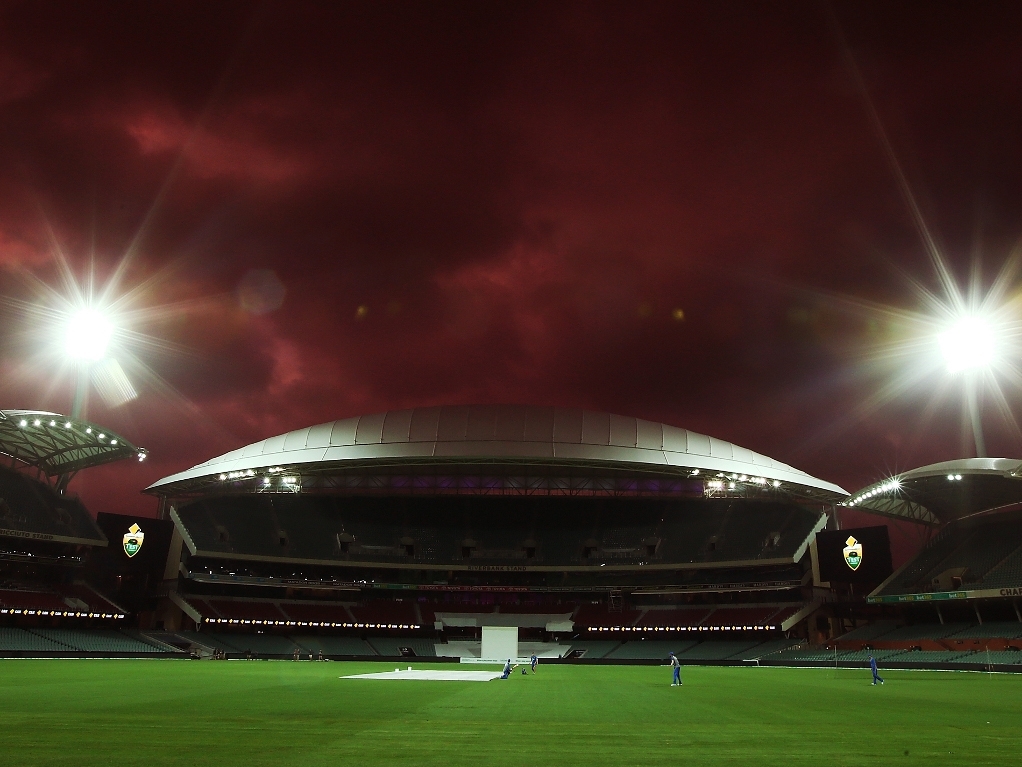 Upgrades to the Oval this decade, including a large grandstand which boosted capacity to 50,000, were carried out with due respect for the famous scoreboard – and it remains one of cricket's most picturesque grounds.

The most recent Test here was in mid-December 2014, when Australia and India contested a heated and emotional match, the first of that series and the first after the death of Phillip Hughes. It was a niggly Test, which the hosts won by 48 runs late on day five.

Australia won because India collapsed completely in the final session, losing a whopping eight wickets after they had seemed to be heading for a draw. Lyon took seven wickets in that innings.

Australia won the toss and opted to bat, as is usually the case here, and made 517/7 declared. David Warner, Michael Clarke, and Steve Smith all scored centuries, while all the India bowlers were punished.

India then made 444 all out, with Virat Kohli's century the highlight. Lyon took five wickets in this innings too, leaving the hosts with a handy lead. They then added 290 for five before declaring again.

India thus needed 364 runs, or to survive the day. They seemed well on track to do that, thanks to 99 from Murali Vijay and 141 from Kohli. They were at the crease at tea, India two down. But then Lyon ripped them up to record his best Test figures.

Australia captain Steve Smith on the pitch for the day-night Test: "There's probably a little bit more grass than I anticipated to be on it. I think it is going to be a good Test match for us. I think the facilities here are outstanding, I think the wicket is going to be a little bit more difficult perhaps than the Shield match, but I don't think the conditions will be too dissimilar, so hopefully we can see a good five days of Test cricket."

Spinner Nathan Lyon this week: "There’s a little bit more there for everyone; it won't be a typical flat Adelaide pitch that we are used to. In saying that we played here a couple of weeks ago and it was the perfect wicket."

India captain Virat Kohli after the above Test: "I strongly believe both teams played with the same kind of attitude, and that's why the crowd loved it as well. And all the players involved in the Test match enjoyed it as well. That's what we play cricket for. There's no point in having draws with both teams scoring 700 runs each. It has to be exciting, it has to be result-oriented, and I enjoyed it a lot. I will probably rank this as the best Test I have been part of, especially because it's overseas for us."

Of the current Australia players, David Warner has the most runs at this ground, scoring 555 runs in four Tests, including three centuries. None of the players in this team faced New Zealand here, back in 2008.

Bowling-wise, Nathan Lyon is the best of the current lot, now that Mitchell Johnson has retired. Lyon has 24 wickets in four Tests, thanks to his 12 wickets against India.

The Black Caps have three players left from that 2008 match, with Ross Taylor, Brendon McCullum, and Tim Southee featuring. Only McCullum's futile 84 is worth mentioning.

Day one has some cloud cover, but none of the days, bar day five again, should see actual rain. If they do reach day five, the weather could turn in the afternoon.

Well… we don't actually know how this match is going to go. They've left a ton of grass on the deck, to protect the ball. The ball is a relatively unknown quantity. Playing under lights with a fading ball will prove challenging.

One suspects the toss-winning skipper will bat first, to get settled before the lights come on in the middle session. And the deck will flatten out as the game goes on and the grass fades, bringing the spinners into it a bit more.

In conclusion, it's going to be fascinating. And brand new for all involved.