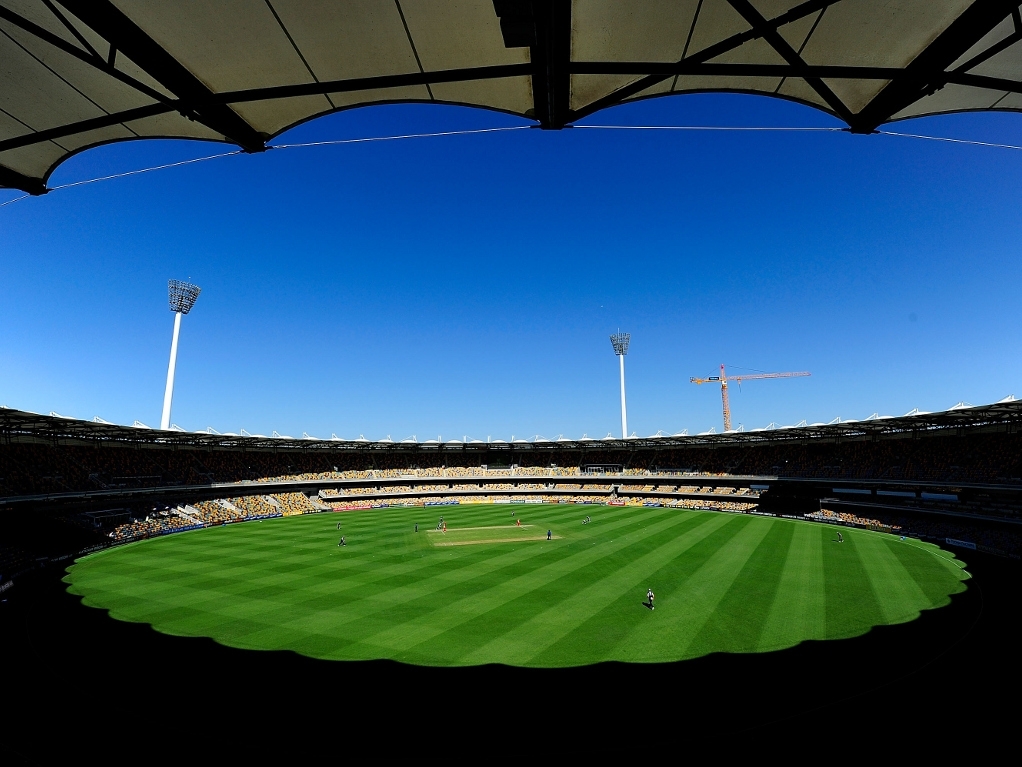 The most recent Test in Brisbane was the first Ashes Test of November 2013, where the hosts thrashed England by 381 runs inside four days, setting the tone for the eventual series whitewash.

The Aussies won the toss and weren't particularly impressive in their first dig, with England paceman Stuart Broad enraging the home fans even further by taking six wickets on a deck made for pace and bounce.

The Aussies were all out for 295, with Brad Haddin top-scoring with 94. While that was average, England were abysmal and found themselves skittled for 136 in less than 53 overs. Ryan Harris and Mitchell Johnson did the bulk of the damage.

The hosts thus held a healthy lead going into their second innings, and added 401 runs before declaring. Centuries from David Warner and Michael Clarke indicated how the batting track stayed true for the batsmen.

So England needed to score 561 runs to win, or more realistically bat for over two days. Neither was achievable as they were all out for under 200 runs again. Johnson bagged a five-fer, while only Alastair Cook made it past 32.

Brad Haddin of bowling tactics: "We probably didn't start with the ball the way we would have liked, so Billy (bowling coach Craig McDermott) told the bowlers in no uncertain terms where he wanted things to be at lunch, and we came back after the break and got our lengths right, which was pleasing to see. Billy has come back into the system leading into this Test. He was pretty good during the break to tell the bowlers where they needed to go. Pitch it up."

Unfortunately for Australia, their best batsman at this ground, by a significant margin, is injured and will not be playing. Michael Clarke is one of only three batsmen to score more than 1000 Test runs here, and averages more than 100.

The nest best is wicketkeeper Brad Haddin, though he is well down the list with 426 runs over five Tests. He does have a century and three fifties here, and averages a touch over 60.

Bowling-wise, Mitchell Johnson has the most wickets here of the current players, with 26 scalps, though that's well behind Shane Warne's 68. MiJo averages a bit over 21 here, while Peter Siddle, the next best, averages 33.

None of the India players have set foot here in a Test, as the last time they played here was in 2003.

According to the forecasts, days one and two have the chance of thundershowers in the afternoons, while the rest of the match could have a bit of cloud cover with threats of thundershowers. Temperatures are set to be in the early 30s though, with day one an unpleasant 35. Batting first, please!

The 'Gabba is a fortress for Australia, as they have not lost here since 1988 when they faced those fearsome West Indians. The deck is suited to pace more than Adelaide was, so we can expect a strong pace attack, with Josh Hazlewood possibly brought in for his tall bounce.

Batsmen must not be disheartened though, because while bowling gets a bit harder as the days progress, batting stays relatively the same. If you get settled, and don't play silly shots, a ton could be on the cards.

It's unlikely Nathan Lyon will bag a dozen wickets here, as the pitch does not tend to break up appreciably, though with the temperatures so high, a crack or two could come into play.