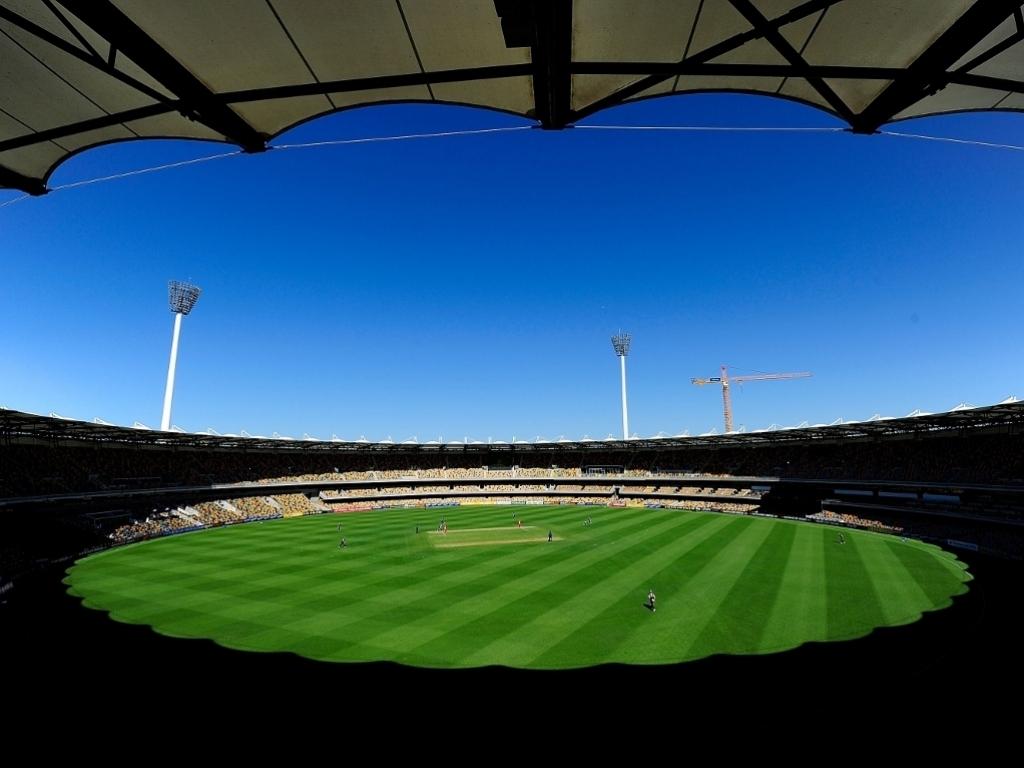 The Brisbane Cricket ground, situated in the Woollongabba area of Brisbane and universally known by its nickname the ‘GABBA, has been extensively redeveloped over recent years.

The distinctive grassy banks have been replaced with modern stands and, while some of the ground’s charm may have been lost in the work, the ‘GABBA now offers top-class facilities for players and spectators alike.

The ‘GABBA’s most famous moment occurred in 1960/1, when it hosted the legendary tied Test between Australia and West Indies.

Traditionally, the ‘GABBA wicket has been a batting heaven. The track is known for staying flat and true for the duration of the five days of a Test match. The fast bowlers may get slight assistance early on, but that is the most they can expect to receive.

The current groundsman, Kevin Mitchell Junior, took over the role from Kevin Senior and continues to produce consistently fair tracks that offer something for everyone. But especially, it seems, Australians; the home side haven’t lost at ‘Fortress GABBA’ in 27 Tests stretching back to 1988.

That formidable record may be one of the reasons the ground has established itself as the traditional host for the first Test of the Australian summer although this year is an exception.

The playing area, meanwhile, is quite expansive – at 171 metres long and 151 metres wide.

The GABBA has been the scene of some of England’s most notable Ashes humiliations such as the 2002 ’GABBATOIR’ Test.

This will be the final Test pitch curated by groundsman Kevin Mitchell jnr at the GABBA.

Pakistan came within 40 runs of completing an unlikely chase but ultimately weren’t able to get over the line.

That Test was the first day/night Test played at the GABBA with the pink ball not proving as lethal as expected as the game wore on.

After a first innings collapse Pakistan needed 490 runs to win and an Asad Shafiq ton nearly got them there but Mitchell Starc would eventually get his man and Australia snuck a victory and went on to dominate the series.

Groundsman Kevin Mitchell jnr said of the surface: “The pace holds together well and it can turn towards the end so everyone gets a chance. You can have a poor session and still get out of trouble which we saw a couple of Ashes series ago (when England drew ending a run of successive Australia wins at the GABBA).”

David Warner is the all-time leading scorer in the current squad when it comes to Tests in Brisbane notching 550 runs at an average of 55.00.

Nathan Lyon’s 26 wickets at the GABBA make him the wicket leader in the current Baggy Green group.

Alastair Cook has scored 434 runs in Test matches in Brisbane at an average of 86.88, that tally includes his unbeaten 235 here.

Stuart Broad’s tally of nine wickets put him at the head of the wicket stakes in the current squad.

Apart from the possibility of showers on Sunday and Monday the forecast looks pretty good with temperatures expected to be warm.

The ‘GABBA is a fortress for Australia, as they have not lost here since 1988 when they faced those fearsome West Indians. The deck is suited to pace, and both sides sport top pace attacks making this a mouthwatering contest.

Batsmen must not be disheartened though, because while bowling gets a bit harder as the days progress, batting stays relatively the same. If you get settled, and don’t play silly shots, a ton could be on the cards.

It’s unlikely the spinners will bag a dozen wickets here, as the pitch does not tend to break up appreciably, though the bounce may bring Lyon and Moeen Ali some joy.