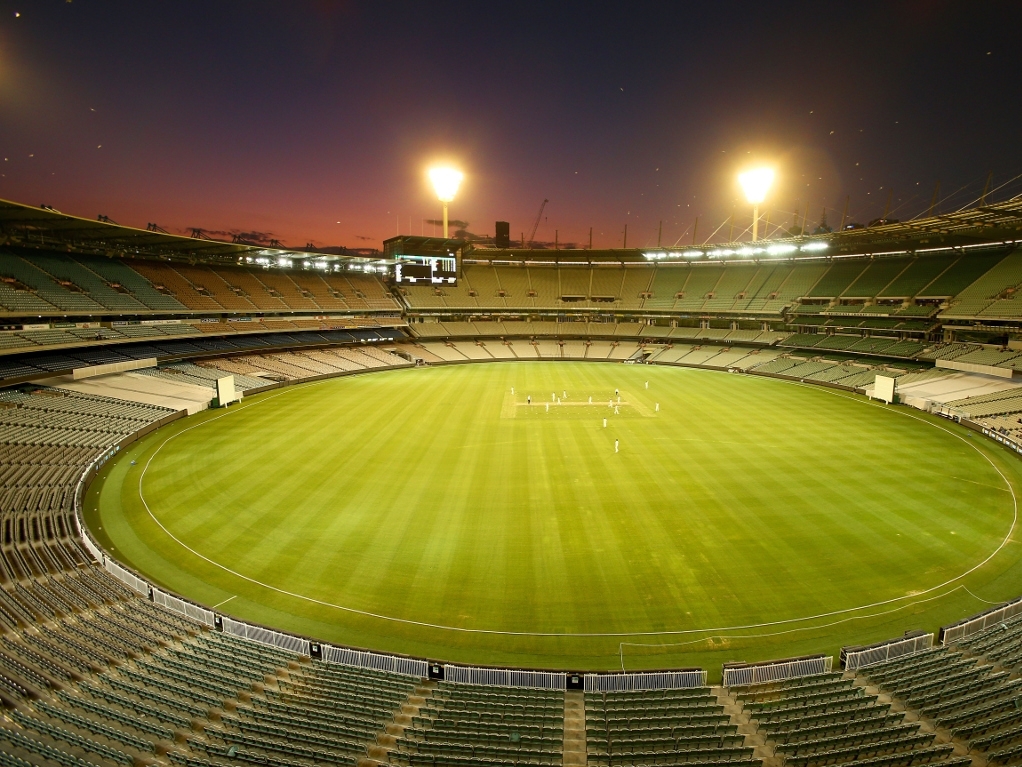 Regarded as Australia's premier sporting venue, the 'G' has played host to the country's biggest cricket and Australian Rules Football matches, and many other significant sporting contests for over one hundred years.

The highlight of the Australian sporting calendar for many though is the Boxing Day Test at the MCG.

At one point the vast bowl had a capacity topping 125,000, but the conversion of virtually all areas of the ground to seating has seen the total drop below six figures.

Notwithstanding the fact that various curators drew fire from players and spectators alike for producing a succession of wearing, low bouncing surfaces through the 1980s and early 1990s, pitches at the MCG have, for most of its history, generally facilitated well balanced contests between bat and ball.

The last Test played at the historic venue was high-scoring draw between Australia and India exactly one year ago, the first draw at the venue in 17 years.

The home team batted first and amassed 530, with captain Steve Smith leading the way with a big century while he was supported by Chris Rogers, Shane Watson, Brad Haddin and Ryan Harris who all notched up fifties.

India replied in kind with 465 all out. Virat Kohli and Ajinkya Rahane scored big tins while opening batsman Murali Vijay contributed a half-century.

The Aussies declared their second innings on 318 for nine, trying to force result, but India batted out the final day to be 174 for six at the end of the match.

David Warner last year: "It's a very good batting wicket. There's not much sideways movement with the new ball but when the ball gets older and a bit softer there's a bit of reverse swing and I think that is going to be the key when we take the field, to try to get that ball going a bit, dry up the runs and get ten opportunities."

England captain Alastair Cook in 2014: "We wanted to get the ball to reverse, so we bowled with the seamers, trying to rough up the ball.

"If it comes off it comes off, other people might have done it differently. We got ourselves in a position to win this game so we've got to dust ourselves off for Sydney."

As with most grounds in Australia, Don Bradman has the most runs at the venue with 1671 in 11 Tests. Of the more modern players, former Aussie skipper Ricky Ponting scored 1338 runs in 15 games at an average of 58.17.

On the bowling front, former fast bowler Dennis Lillee took 82 wickets in 14 Tests at the MCG, while no ground in Australia will not feature legendary legspinner Shane Warne who has 56 scalps in just 11 games at the venue.

The surface came for some criticism last year, with some suggesting that the pitch was to flat and not assistance was given to the bowlers.

However, history suggests that the MCG usually offers something for everybody with results possible in the 16 of the last 17 Tests.