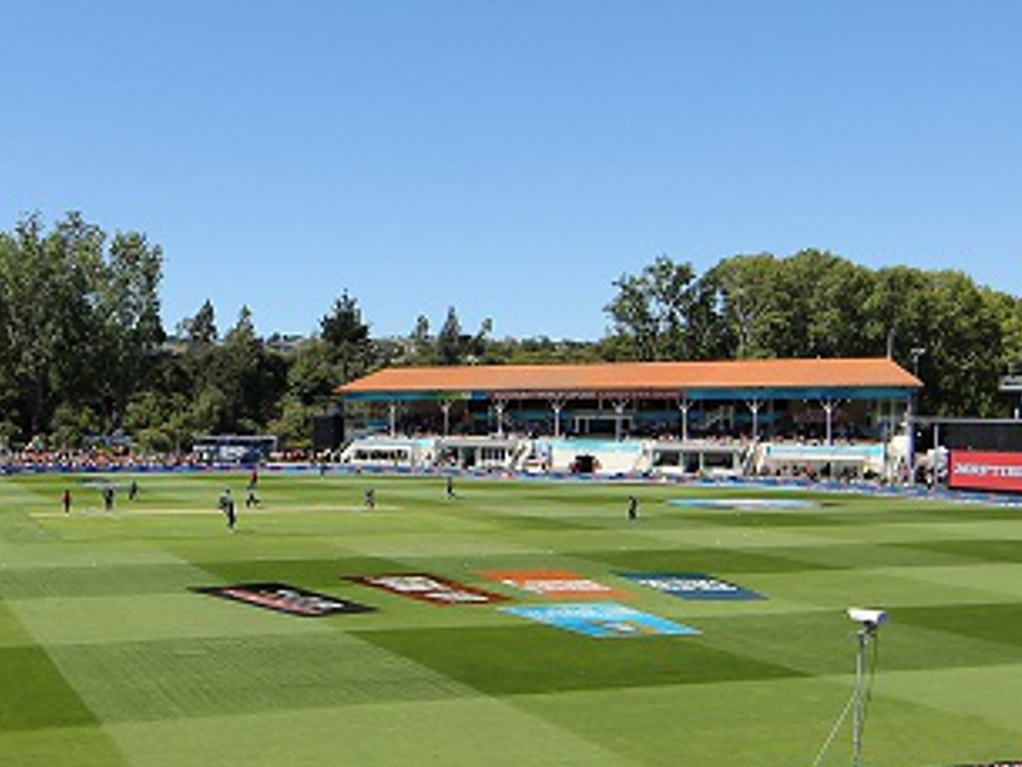 While the ground is small and would hardly be considered for international status in other countries, it does at least have a proper turf wicket rather than the 'drop-ins' that frequent many of New Zealand's bigger stadia.

Its grandstand is also among the quainter you're likely to see, and hilly forests make for pleasant surrounds – and affords the seam bowlers plenty of assistance.

The most recent Test here was two years ago, in December 2013, when New Zealand and the West Indies played to a draw. Much of day five was washed off, denying the Kiwis an almost certain victory.

The Windies won the toss and opted to field, which proved to be a mistake as the home top order plundered the runs. Ross Taylor bagged a double ton, Brendon McCullum a century, as they advanced to 609/9 declared.

The Windies were swiftly removed for 213, with Tim Southee bagging four and Trent Boult three, and were thus asked to follow on. Their second dig was much better, thanks to a double ton from Darren Bravo.

But they were all out for 507, leaving the hosts needing just 112 to win. But the weather saved the Windies, as New Zealand were stranded on 79 for four when rain arrived at lunch on day five.

By far the most successful batsman here is Ross Taylor, who tops the list with more than 500 runs. He's played in five of the six Tests here, and has one century (the double mentioned above) and two half tons.

Brendon McCullum is second, having played all six Tests, and has scored three half tons and a century in nine innings. Sri Lanka have never played a Test at this venue.

As for the bowlers, Neil Wagner is actually the best of the current lot here, with 10 wickets in two Tests. Dan Vettori tops the list with 16. Trent Boult has nine wickets here, while Tim Southee has seven, and neither average under 35 here.

Brendon McCullum: "It's not often you get through five clear days of sunshine in Dunedin. We never really got ourselves in a position in that chase to really put the hammer down. We had a feeling it was going to rain at some point but weather watching is never a great strategy when you're trying to set up a chase."

Darren Sammy on their bowling: "Winning the toss on a grassy top with a little bit of moisture, I don't think in the first couple of overs we put any ball in the six-metre line, we were all over the place and hence we were facing 600."

Sri Lanka's Dimuth Karunaratne this week: "I've learned that the later you play the ball here, the more successful you can be. The ball moves only a little bit – not a huge amount. Playing the ball under the eyes and close to the body is key, and you also have to score maximum runs from the wider balls. You have to get big value out of the bowlers' mistakes as well. If you don't do that you can get stuck, so it's a balance."

If the forecasts are correct, New Zealand will want to wrap this match up inside three days, because days four and five are set for plenty of rain. Only day one looks to be completely clear, though temperatures will be in the high teens for most of the match. What kind of summer is this?!

This deck is traditionally green in the beginning, offering assistance to the pacemen early on, but after that it's good for batting. This is why teams tend to give their bowlers the ball first up, though a below-par attack will come unstuck.

One imagines the Kiwis will have a bowl if they win the toss, with their Boult and Southee duo going against a Sri Lankan top order that has not played here, or even in New Zealand, before.